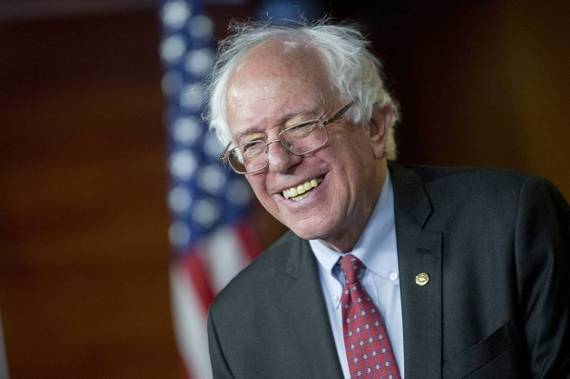 Senator Bernie Sanders, while being a political darling of liberal Democrats, has found himself in a political quagmire on gun control. The Washington Post has featured a story on his cataclysmic rise to Congress with the NRA's support. He's taken vitriol from leftist commentators calling him a "gun nut" and praise from conservatives who have received the same label with glee. His votes against the Brady Bill with its waiting periods -- legislation that would have mandated background checks on firearm purchases -- and other bills flood the headlines of both liberal and conservative publications.

Bernie Sanders' position on gun control is far more complex than these headlines suggest, however, even if his nuances lack a reasonable basis. Both Sanders' supporters and detractors need to be aware of these nuances before blindly praising or criticizing his politics. His positions are such that seemingly minor elements in public policy -- especially concerning his opposition to nationally legislated waiting periods for firearm purchases -- will thwart the politics of both the right and left.

Bernie Sanders has made many political compromises on gun control that are bound to be distorted by pundits. He may have voted to repeal DC assault weapons bans and firearms registration, contradicting his past support for a 1994 assault weapons ban. But that was because they were part of a bill that would've granted Washington DC a Congressional district. His vote for an amendment to Obamacare preventing insurance companies from hiking rates on gun owners had been attached to numerous other provisions for cancer victims, children's health insurance and women's health.

He has supported a ban on the sale of assault weapons, limits to firearm magazine capacities, mandatory background checks for online and gun-show purchases, prohibitions on cross-state conceal-carry, the enforcement of trigger lock laws, bans on underage firearm possession and 72-hour background checks, and increases on minimum prison sentences for crimes involving firearms.

However, his vote against the Brady bill has been particularly disconcerting to gun control advocates since it received strong bipartisan support, with its "common sense" provisions like national criminal background checks. But contrary to ads like this one run by a pro-Martin O'Malley PAC, Bernie Sanders' position isn't against federal background checks, even though his Brady bill vote might indicate that. And in spite of some commentators, he didn't vote against the Brady bill because it didn't go far enough. In fact, he voted for a version of the Brady bill that contained background checks. When asked, he stated that his objection was that he believed that handgun waiting periods, which were included in the final version of the Brady bill, are best left to the states. This was the reason the NRA backed his election in 1990, over a Republican, who had then recently changed his mind to support such waiting periods.

In a way, liberals aren't overplaying the drama on Sanders' record. His voting record demonstrates that national waiting periods tacked onto gun control legislation might cause him to withdraw support even if the bills' main provisions have bipartisan support. His position, which is unsupported by constitutional law and peer-reviewed literature on public health, endangers any attempt to prevent gun violence.

The difference between constitutional restrictions on state and federal law on gun control has not been discussed much since the 19th-century cases United States vs. Cruikshank and Presser vs. Illinois -- cases where the Supreme Court ruled that the Second Amendment only restricted the federal government, not the states.

Since 1925, the "incorporation doctrine" has led to cases where the Supreme Court has ruled to protect constitutional rights from state, and not just federal, legislation. In 2008, DC vs. Heller applied the Second Amendment to protect against DC legislation completely banning handguns. Justice Antonio Scalia noted then that the Second Amendment is still subject to restrictions barring "unusual weapons" like RPGs and machine guns and ownership of firearms by those failing background checks, among other restrictions. McDonald vs. Chicago reaffirmed these restrictions on gun rights and gun control laws and applied them to the states.

Contrary to Senator Bernie Sanders' position, the Supreme Court has never indicated that certain provisions related to gun rights should be left up to the states, let alone those specifically relating to waiting periods. Constitutional restrictions on national and state-level gun control legislation are more or less one and the same. The closest case on the broader constitutionality of waiting times, Silvester vs. Harris in California, ruled only against waiting periods for those already owning firearms; there was no discussion on waiting periods for first-time purchasers.

In addition to endangering gun control legislation with a faulty premise on constitutional law, Bernie Sanders' position in itself will harm violence prevention efforts. Even when poverty, drug and alcohol abuse, mental illness, socioeconomic factors, and urbanization were controlled, "at least a dozen" peer-reviewed studies reviewed in a meta-analysis for the New England Journal of Medicine have found guns to be associated with an increased risk for suicide. These conclusions have been repeated by Harvard University and numerous other institutions.

Why is this the case? Deaths by suicide often happen impulsively, and guns are a quick, irreversible means for suicide, with a 91 percent "success" rate. This means that though suicide attempts may be difficult to avoid, significant numbers of "successful" suicides may be prevented if guns are harder to obtain. This fact is especially crucial to the issue at hand since mandatory waiting periods may cause impulsive individuals to forgo gun purchases.

Even though Bernie Sanders' rhetoric on income inequality resonates with liberals, his opposition to waiting periods for firearm purchases should serve as a call for his supporters to critically analyze his record. If they become vocal in their constructive criticism on his gun control, there might be a chance that he will reform his stance. However, if they blindly follow his lead without noting his faults, they may end up abetting legislation that runs against the tidal wave of scientific literature on gun control and expands the public health crisis.