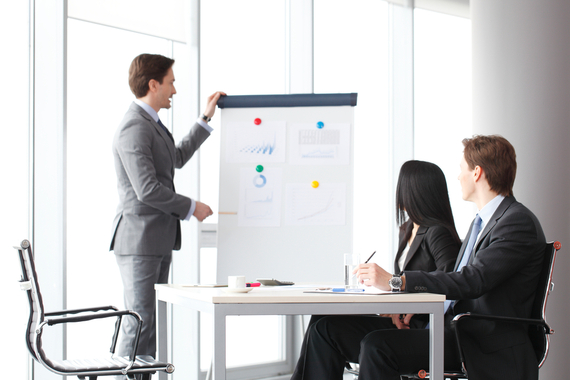 In 1899, so the fable goes, a hapless director of the patent office suggested to then-President McKinley that the agency be abolished because "Everything that can be invented has been invented." No un-truer words were ever spoken. This vacant trope has survived 116 years that include heavier-than-air flight, relativity theory, antibiotics, semiconductors and the Internet.

Breakthroughs in medicine, data science, online education, renewable energy and satellite navigation have changed the world. From smartphones to PET scans, from pest-resistant seeds to asteroid landings, the list of extraordinary, ingenious, life-changing achievements is almost endless. Many of these advancements came from the vision and early investment of places such as NASA, the Department of Defense and the Department of Veterans Affairs (VA).

But from a public policy perspective, the pace of improvement is harrowing. Consider, for example, that it took almost all of recorded history -- more than 5,000 years -- to fulfill the dream of controlled flight. That's more than 150 generations. In about two generations -- or 23,961 days to be exact -- we went from the sand dunes of Kitty Hawk to the moon rocks in Tranquility Base. Imagine trying to create an investment thesis for aviation in 1903. Imagine trying to regulate it. But this is tantamount to what we ask public officials to do every day, from Internet telephony to stem-cell research, from GPS to Ebola, from nuclear power to artificial intelligence.

We need to find a better way to match our scientific ingenuity with our public interest. Your authors have had the privilege of working in senior positions in the federal government. We have seen our share of both visionary success, as well as obstructive and grossly ineffective policies. We want to make simple suggestions that we believe would help government avoid the pitfalls of inadvertent bureaucratic congestion and more rapidly improve safety, increase access and regulate more transparently.

An example can help illustrate the challenge. From 2009-2013, the VA had a backlog of applications for former military members with service-connected disabilities. These ranged from knee problems to sleep apnea. At the peak, there were almost 1 million unprocessed claims, with more than two-thirds pending for over 125 days. Dedicated adjudicators schlepped around paper files, looked up compensation in encyclopedic manuals, and kept stacks of folders on and in filing cabinets that were so heavy the buildings had to be structurally reinforced. Amazingly, in the three decades since, most of the private sector moved to automate claims processing systems, the VA claims system had changed little.

The VA took on the challenge to design, implement and deploy an enterprise-class automation system. Today, the number of pending claims is down by more than half. The catch -- it took five years to achieve it.

How do we reconcile that we are capable of intergalactic space flight and incapable of processing simple forms to serve veterans better?

We believe there is a real opportunity for government to rethink and restructure itself to better leverage technological advances ranging from automated self-service access for beneficiaries to military preparedness and capability. In a world that is rapidly changing -- commercially, technologically, environmentally and militarily -- this is not just a philosophical or wonkish public policy challenge. It is a basic matter of global competitiveness. Otherwise we will find ourselves outmaneuvered in the classroom, the clinic, the marketplace and the battlefield.

Currently, government officials live in a viscous environment that limits their ability to buy, never mind use, even ordinary services that we take for granted in the private sector. Imagine an insurance company that takes more than four months to process a claim, or a modern workplace that uses 15-year-old computer network technology, or the community that deliberately slows Internet access or limits how much you can store in the archive. It's hard to visualize those things in business or civil society because they literally do not exist. Nobody would live, work, or do business there. Yet today, that is the place where government is all too often cornered.

An almost petrified aversion to risk slows government decisions, even when they are time sensitive. As maddening as this can be, it is an understandable reaction to an environment where mistakes can be disastrous and hard to undo; moreover, decisions need to include many voices and perspectives.

Consequently, governments around the world need to find mechanisms that simultaneously enable greater opportunity for their social entrepreneurs as well as better protection for citizens. The new structures will need to use data more wisely, make decisions more quickly, and regulate more fairly. They will also need to provide data to collaboratively achieve performance-measured outcomes, and better engage communities and civil society's participation in the process.

Governing in the old ways no longer works. Historically, we've seen arduous and rigid top-down processes, based on incomplete and static data, analyzed endlessly with obsolete tools. Then, only the loudest (or best funded) stakeholders are selectively engaged before new legislation or rules are written. If we stay on that track our infrastructure will crumble, our students will underachieve, our businesses will fail in the global market and we'll make poor national security decisions.

Government can create more transparent and iterative mechanisms in order to achieve its dynamically changing goals. We do not need a constitutional amendment, just a better way of doing things that closes the capabilities gap between private industry, non-profits and the public sector.

We propose an alternative framework for how government can redefine and restructure its role in leading and facilitating this process, especially as it relates to technology and policy:

Government can be a canonical source of information. Government already collects a significant amount of transaction and compliance data. These should be made available in audited and machine-readable form, with exceptions for data that intrude on personal privacy or are truly defense sensitive. Additionally, government could collect significantly better outcomes data. To achieve this, it needs to invest in simple technology platforms that help normalize incoming and performance data and then make it easily available to partner agencies and civic stakeholders. This data can also connect with citizens on the platforms where they chose to engage. One example of this is the data set produced by the Millennium Challenge Corporation, which was the most transparent development agency in the world in 2013, and the third-most in 2014, as ranked by Publish What You Fund.

Government can learn to iterate on solutions. Rather than making big policy in small rooms, government can test ideas, fund limited prototypes and scale up based on data and experience. A great example is the VA Blue Button, which enables veterans to get a complete copy of their personal health records. Today, more than two million people who receive federal healthcare benefits or services use this service. Data platforms, including non-personally-identifiable financial performance and health data, should be made (and updated) "open by default" allowing entrepreneurs and other stakeholders use of the data to create businesses, such as those based on weather satellites or GPS. There are already experiments underway where this is happening.

Government can fund outcomes, not processes. Today, government largely funds "services by the yard," either the number of people served or number of things done. Government should fund outcomes. Examples include programs that actually reduce homelessness or measurably improve clinical care services. This requires funding groups that achieve quantifiable results and giving them the capital to grow, rather than just pure compliance. A tremendous example of this is the recent announcement from the Centers for Medicare and Medicaid Services that 50 percent of its reimbursements will be "fee-for-value," instead of "fee-for-service," by 2018. As a result, the emphasis is placed on the quality of care, not simply the cost of a given service. Additionally, this example of government as leader and facilitator has emboldened the private sector to also move in this direction. As a result, we'll see improved healthcare for the nation.

Government can create regulation with iteration. There is a real opportunity to rethink how current business practices affect citizens. For instance, how to find the right balance between the safety of medicines and the speed we get them to market. Or, enabling digital access for small and rural businesses, while enticing large companies to invest in communications infrastructure. This requires renegotiating whose interests needs to be protected, and why. Currently, we are piling on to a decrepit foundation of old regulations, written in the time of monopolies, limited choice, and expensive services. We must be willing to sunset, remove or replace old policies, regulations, and programs that no longer meet our needs. Instead we are endlessly adding to them, creating a bureaucratic Rube Goldberg-like structure that stagnates, frustrates, and obstructs progress. We need to continuously examine whose interests need to be protected, and why, in a way that allows the regulations to adapt and learn on a continuous basis.

Government can engage citizens where they live and work. Technology offers government an opportunity to gather more diverse input, more inclusively. This requires government to actively and deliberately reach out to communities to ensure broad participation. At the same time, citizens need better insight into their rights (and responsibilities) so government can be more representative and therefore more effective. In addition to social media channels like Twitter and Facebook -- which governments including some of our adversaries around the world are learning to use very effectively -- there are interesting new models for collaborative governance. One example is participatory budgeting, which empowers citizens to decide how to allocate local funds in their communities. Another example is better (and targeted) recruitment and training for the people we need to make the new policies, systems, and technology work.

We have the tools and expertise to solve these problems. We have solutions that can save lives and inspire them. We have citizens who are keen to participate. So why not create a more effective, collaborative, and responsive government?

The next generation of technology tools is already here. So are the engaged young people who want to use them. Now we need to connect them to each other, and to our government, to create high-flying solutions that will change how we live, learn, heal, play, protect, work, commute and communicate.

We believe that these principles form a framework that is safe, fair, and fulfilling. Using them would help close the technology gap between the private sector and the public sector, and help government achieve its goals ... and ours.

Sonal Shah is executive director of the Beeck Center for Social Innovation and Impact at Georgetown University, Stephen Ondra is senior vice president and chief medical officer at Health Care Services Corporation, and Peter Levin is chief executive officer of Amida Technology Solutions. Levin will be speaking on a session at the Techonomy Policy conference on June 9 on How Tech Is Making Government Work Better. To attend, you can register here.