Bombings across the world made headlines in the last few days, as multiple world leaders were targeted, embassies faced blasts, an oil pipeline exploded, and more. The chaos has caused nations across the globe to tighten security and begin investigations.

On Friday, Obama announced a "credible terrorist threat" after US-bound packages containing explosive material were found in Dubai and Britain. Searches of airports along the Eastern seaboard of the US followed, as well as the grounding of an Emirates passenger plane. Dozens more suspicious packages were eventually searched as the US pointed to Yemen as their origin. You can view a timeline of those events here.

Yemen is suffering it's own crisis today, as suspected al-Qaeda militants blew up an oil pipeline in Southern Yemen, causing an oil leak and spewing black clouds into the sky. Yemeni authorities are currently charging radical cleric Anwar al-Awlaki in absentia for his role in terrorist attacks against the US.

Meanwhile, in Athens, a spate of mail bombs exploded outside of foreign embassies, while suspicious packages headed to France's President Nicholas Sarkozy and German Chancellor Angela Merkel were seized. Greece is blaming far-left groups for the attacks.

Finally, eight bombs ripped through Baghdad on Tuesday afternoon, killing at least 62 people. Iraq is still reeling from the siege of an Iraqi church that left 52 dead on Monday.

Below, view photos of the recent surge in worldwide bombings. 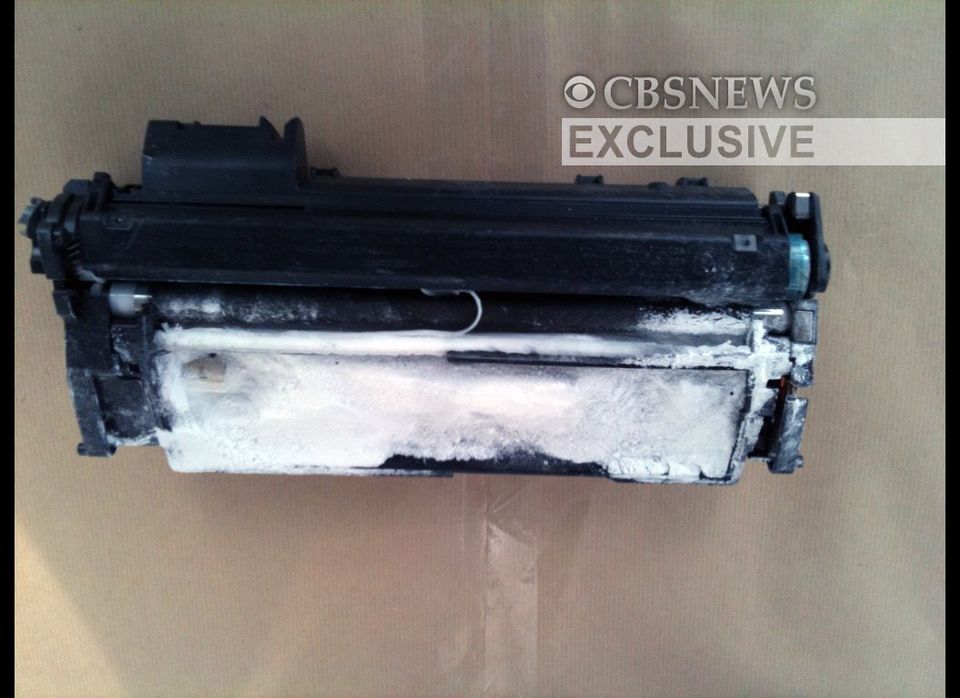 1 / 7
October 29
This image provided by CBS News shows a printer toner cartridge with wires and powder found aboard a plane in East Midlands, north of London. The package in which the cartridge was found was one of two packages seized Friday addressed to Chicago-area synagogues.
AP