When I think of the flap copy for the book I'm about to go off to write, these are the first words that come to my mind:

"If Elizabeth Gilbert had sought solace from Internet addiction instead of from a crushing divorce, this is the book she might've written. Beth Arnold's '28 Days (Without the Internet)' makes us laugh and cry in equal measure, and not just for Arnold but for ourselves. Arnold's compelling personal chronicle -- of her own slippery slide into virtual life and her courageous effort to escape and regain the wholeness of her humanity -- is the book that all frazzled, fragmented 21st-century technoslaves have been waiting for. Even if they don't know it yet."

It is a crazy world we live in. Ever since the Industrial Revolution, elders of every generation have lamented changes in their social fabric, but never in the history of man have we encountered a rabbit hole like the Internet. It provides instant gratification for anything we've ever wanted, anything we've even momentarily imagined we desired. The old Yellow Pages slogan "Let Your Fingers Do the Walking" has never been truer -- within seconds we can travel to other lands and other times, exploring wonders we never knew existed. There are 272 million North American Internet users -- 78 percent of the population and growing -- and more than 2 billion Internet users around the world.

Over the last decade -- especially in the last five years -- our lifestyles have evolved so that we have little to no downtime away from the Internet. When we do step away from our computers, we're mainlining our smart phones. We are constantly Googling, texting, snapping digital pictures and recording movies. We're documenting our lives to death and without respite. Facebook has more than 600 million active users throughout the world. Fifty percent of active users log on to Facebook in any given day. People spend more than 700 billion minutes per month on Facebook, sharing more than 30 billion pieces of content -- web links, news stories, blog posts, notes, photo albums and so on. Besides individuals, every public organization and private company is creating Facebook and Twitter accounts and hiring people to manage them. 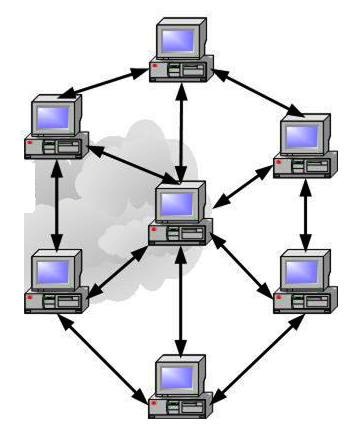 Once people are logged in, the interaction begins and the rewards come instantly, as connections are made and then go on and on, a viral, worldwide experiment of Pavlov's dog. We can't resist connecting, because we love our reward. Through the invisible thread of the Internet, we become linked to kindred spirits all over the globe. With these new "friends," we're able to exchange information and ideas, elect presidents, manage revolutions, topple corrupt governments. "Power to the People" goes another old slogan, and the Internet has given us the power of making our voices heard. Could life get any more perfect than this?

Well, yes it can -- with a few boundaries between us and the Internet. Power is the greatest aphrodisiac known to mankind, and because the Internet is our path to power, people worldwide are obsessed with it -- and obsession is exactly the right word to describe our addictive behaviors. Through our computers and smart phones, we're connected 24/7. Some people even sleep with their phones so as not to miss a text or call. We become crazed to own the latest laptop, phone or notebook. We are literally falling in love with technology -- at the expense of our relationships with other human beings and with ourselves.

Scientists report that the Internet is literally changing our brains, that life online is giving us a brain so accustomed to the constant stimulation of electronic multi-tasking that we're becoming unfit for real life, which moves at a much slower pace.

"A lot of young people are breaking into the news business now as bloggers," says a veteran Wall Street Journal writer that I spoke with. "It is often where you get sent as a young-reporter's job. But it is so all-consuming that people tend to burn out. So I tell people that they should look at blogging as a stepping stone to a more normal reporting assignment, and try to move to a steadier article-oriented assignment within two years, because if they just focus on becoming great bloggers they run the risk of burning out and losing their love of the profession. There are some people whose high-intensity temperaments permit them to just blog from morning to night, but most people need a more human pace to their lives in order for their brains to come up with something that is actually worth reading."

While it's a relatively new phenomenon, "Internet addiction" will most likely be included in the "DSM-5" -- the next iteration of the "Diagnostic and Statistical Manual," published by the American Psychiatric Association, the bible of shrinks everywhere.

I began my slide into Internet obsession back in 2002, when I wrote what was then quaintly called a "weblog" to document my and my husband's journey of uprooting our safe lives in Arkansas, selling our house and putting everything in storage, and moving to France to follow in the creative footsteps of painter Henri Matisse. I liked the immediacy of the Internet and soon was putting in 16-hour days documenting our physical and emotional journey -- along with travel notes and recommendations so people at home could read my blog and live vicariously through us. Before this, I had never taken a digital photo in my life nor looked at another blog.

This was just the beginning. In December 2006, I switched from a PC to a Mac, enabling me to spend even longer, more delirious hours in front of my computer screen. When The Huffington Post came along, just in time for me to become involved in the 2008 U.S. presidential election, I was thrilled with this liberal outlet and revved up my blogging in support of Barack Obama. Having worked in Washington, D.C., on Capitol Hill, I instinctively understood that this new political tool could change the world.

And the slippery slope continued. By now I had fallen in love with my MacBook, and with Apple. It was fascinating, and great fun, to create such a variety of cool media. I stoked up my blog, "Beth Arnold: Letter From Paris," and watched my very own words fly, like birds, to all corners of the earth. Then Facebook and Twitter came along, and I didn't think twice about diving in. From there, there was no turning back.

But at some point along the way it all began to feel different. Not as exhilarating. I was sitting in my chair all day, getting no exercise. I had quit smoking and, over time, gained 30 pounds. When I looked in the mirror, I didn't recognize myself. I wasn't seeing my friends. I lived in Paris, the most beautiful city in the world, and I was hardly going outside. 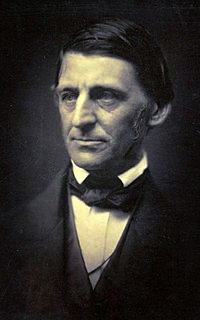 About a year ago, I realized I was burned out. "Fried and fragmented" were the words that felt most right to me. For too long I had been flinging pieces of myself haphazardly into cyberspace, and to what end? I felt lost from who I was. Then I came across a quote from Ralph Waldo Emerson:

We live in succession, in division, in parts, in particles. Meantime within man is the soul of the whole; the wise silence; the universal beauty, to which every part and particle is equally related, the eternal ONE. And this deep power in which we exist and whose beatitude is all accessible to us, is not only self-sufficing and perfect in every hour, but the act of seeing and the thing seen, the seer and the spectacle, the subject and the object, are one. We see the world piece by piece, as the sun, the moon, the animal, the tree; but the whole, of which these are shining parts, is the soul.

It resonated, this idea of parts and particles, the eternal "One," the soul of the whole. All those pieces of myself that I'd scattered to the four winds -- I knew it was time to call them home.

So this Thursday, Sept. 15, I leave Paris for a remote Greek island. There I'll submit myself to basic rehab's 28 days of cleansing from my addiction, of giving my brain and body a much-needed rest. No Googling. No Social Media. No email on any device at all. This exchange of my normal, toxic element for a healthy new natural environment is designed to bring me back into a more direct and complete relationship with myself. I will meditate and exercise every day. I will look for whole and organic foods in order to cook healthy meals. My reading sources will only be in print. If I communicate with someone, I will have to speak with them by telephone. No texting, no Instant Messaging. I will return my life to a human pace. 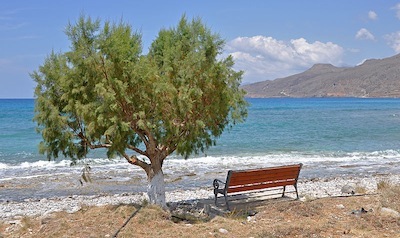 Every day, I will consciously consider how I'm feeling -- what's happening within me, how I'm reacting to being offline, what it feels like to live again in real-world real time. I will write 28 "chapters," one for each day, spanning the arc from breaking free of this powerful force, to becoming whole again, to facing a more balanced life with the Internet when the 28 days are up. Making use of the powerful tactics of the Web, I'll start each chapter by typing a 140-character Tweet -- to myself. Me communicating with me for a change. Reminding myself of who I really am.

In general, I know that going off the Internet cold turkey for four weeks will be a shocking change to my body, mind and lifestyle. And in time I imagine it will provide something close to harrowing reading for the millions of Internet-obsessed readers who've totally forgotten what living a real life is like.

I know I will miss my Internet friends. If any of you absolutely needs to get a message to me during this time off, you can send a note to my husband, whose contact information you can find at this link. He'll then pass it on by phone -- the old-fashioned way.

In the meantime, I envision "28 days (without the internet)" as the emotional, physical, and spiritual journey of our time; the journey that millions of people feel in their hearts they need to take, but haven't yet been shown the way; the journey from the Internet back to the inner self.

Beth Arnold lives and writes in Paris although she's headed for Greece. To see more of her work, go to www.betharnold.com. Sign up to hear more about "28 days (without the internet)."