I happen to be reading Malcolm Cowley's book Exile's Return: A Literary Odyssey of the 1920s. This book was first published in the U.S. in 1934, then revised and expanded in 1951, and has been republished regularly since then. What is the allure? Why do generations of Americans keep reading it? For one, Mr. Cowley has taken his own personal journey as a member of The Lost Generation, who Americans fell in love with nearly 100 years ago, and explains the forces that drove them to Paris and then sent some of them back home. He writes about his and others' individual motivations, social influences, and the culture, both in the United States and in France, that culminated in the marvelous poetry and prose that came from this period, as well as mediocre work that hasn't survived. 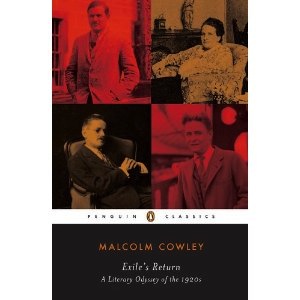 One fact remains constant: Our love affair with The Lost Generation continues. We Americans see these writers and artists as courageous and curious, artistic, open-minded, passionate, undisciplined, and rowdy -- even a bit bohemian for taking a walk on the wild side by dropping out of the New World to experience and explore the Old World, which seemed much less inhibited and exotic than the Puritanical United States. World War I had literally blown their world apart, and the end of it gave these young people a window of time and opportunity to step though. They were used to a level of adrenalin and excitement that they intended to funnel into new literary explosions.

Mr. Cowley captures the period beautifully and his keen observations fill us up with a bigger notion of both life and literature, making the latter a working tool of the former. Real people with words that reflected a diverse American reality as well as the showmen like Hemingway who threw down his hammer and cleaved the literary world apart. One is left with the feeling that good literary taste doesn't have to be boring, high-brow stuff.

Another reason for Exile's Return's continued popularity is the simple fact that Americans never get over their love affair with France. Woody Allen's recent wildly popular cliche of a movie is a testament to that. Expats keep coming to Paris and to France. Some leave and some stay. Writers keep dreaming.

Since I have lived in France, I've read a big stack of books about the history of France as well as the expat experience, not to mention novels that have been penned to capture it. There seems to be an unending supply. When I put the word "Paris" into the Amazon search box, within seconds there are 269,818 results.

We all see with different eyes. Beauty will not be the same for me as it is for you. The sounds of the city create singular memories for each of us. History lives on the street. The taste of Paris could be garlicky, buttery escargots or a crisp glass of champagne. What is it that makes Paris feel like Paris to you?

For hard-core Francophiles, here is part of the latest crop of books about Paris and the French. In the first two, one of the best things to do in Paris is covered -- walking throughout the city's streets. 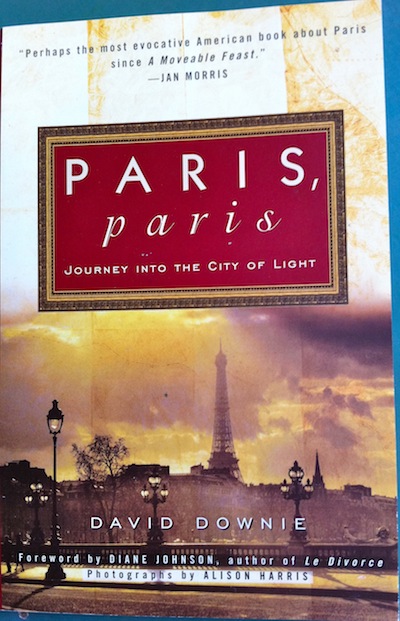 Paris, Paris, Journey Into The City of Light

Travel writer David Downie has lived in Paris since 1986 and has spent many hours tromping the city's streets. Throughout his career in Paris, he has rambled through France and Italy, writing about these countries, their food, and wine. In Paris, Paris: Journey into the City of Light, Downie features thirty-one short prose sketches of people, places and daily life, from the glamorous to secret corners of his and the world's favorite city. Mr. Downie (like many other expats in Paris) also gives walking tours of the city. 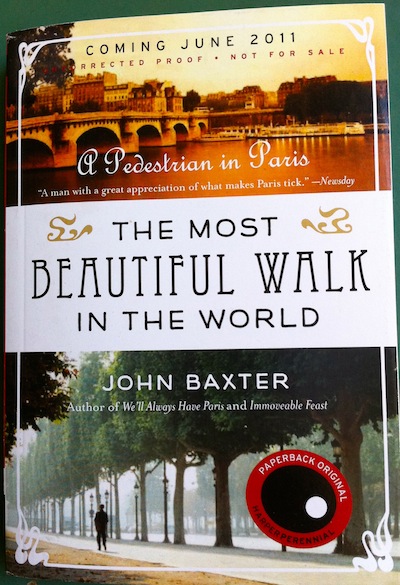 The Most Beautiful Walk in the World: A Pedestrian in Paris

Australian John Baxter has been a Paris resident since 1990 and is an author as well as another walking-tour guide for those who want their promenades enriched by an in-the-know local. In The Most Beautiful Walk in the World: A Pedestrian in Paris, he is on the trail of Paris's legendary artists and writers of the past -- and he tells the history of Paris through this brilliant cast of characters. 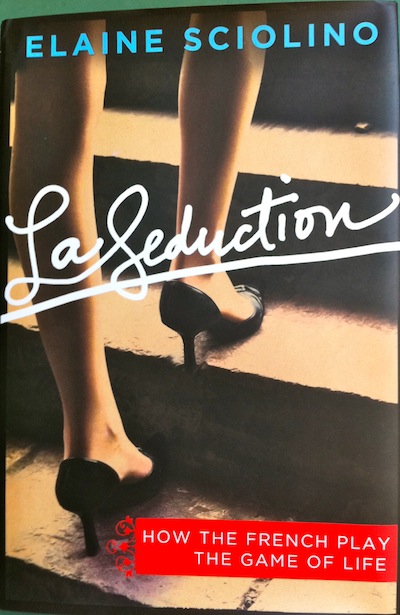 La Seduction: How the French Play the Game of Life

In La Seduction: How the French Play the Game of Life former Paris bureau chief of The New York Times Elaine Sciolino gives the argument that seduction is the key to understanding France.

Seduction plays a crucial role in how the French relate to one another -- not just in romantic relationships but also in how they conduct business, enjoy food and drink, define style, engage in intellectual debate, elect politicians, and project power around the world. While sexual repartee and conquest remain at the heart of seduction, for the French seduction has become a philosophy of life, even an ideology, that can confuse outsiders.

Unfortunately for Ms. Sciolino, one of her icons of modern French courtesans, Arielle Dombasle, had recently lost her husband, French philosopher Bernard-Henri Lévy, to his mistress Daphne Guinness. But the worst news was that this book appeared shortly after the Dominique Strauss-Kahn affair exploded (she used DSK as an example in the book). This scandal exposed a fatal crack in the "seductive" French system that with vast press and public knowledge had been protecting DSK -- a system which favors rich aristocratic French men.

To give another French spin: Before the scandal broke, a journalist friend of mine said that some women journalists she had been told about were basically lining up to sleep with DSK since they thought he could become president.

At the very least, Ms. Sciolino's book provides a fascinating background in how the rich and famous French males play like they're still in Louis XIV's court.

I say put a stake through its heart and call it dead.

Beth Arnold lives and writes about culture, art, and politics in Paris. To see more of her work, go to www.betharnold.com.