"Style is knowing who you are, what you want to say, and not giving a damn." -- Gore Vidal

WORDS TO LIVE by -- and even more important when one lives in a foreign land. Think of Sofia Coppola's Lost in Translation. Sooner or later every expatriate feels lost -- and must rediscover who she is and express herself in a meaningful way. The women I'm about to present uncovered their entrepreneurial spirits and became designers. They transformed their self-identities -- their individual styles -- into products that organically fit them as well as their new lives abroad.

I'd like to point out that what these designing women did not do was put products on the market just to make a buck, which seems to be the name of the game throughout what has become our throwaway culture. The high road of honesty, beauty, and principles -- on every level -- which also transcends into true style has been replaced with a mass superhighway of products that manipulate and push people's buttons. A cheap thrill.

Never forget: There is nothing more attractive -- nothing more stylish or deeply, spiritually important -- than authenticity. I was knocked out by each one of these women for reasons you'll soon understand.

Kasia Dietz designs a line of one-of-a-kind, reversible handbags, totes, and clutches that are "made in Paris with love." 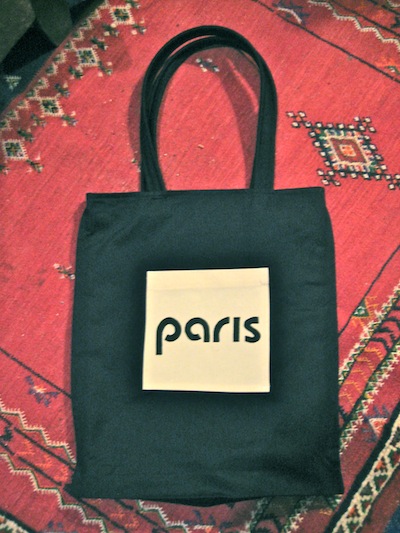 Ms. Dietz first began designing the bags a few years ago while she was still working full-time in an advertising career in New York. Mixing her passion for art, design and fashion, she came upon the idea of taking raw canvas and printing it -- creating 'wearable art' -- with an added element of reversibility. "I... designed the 'minimalism' and 'nature' collections," said Ms. Dietz, "and set up a website with the help of a friend. From there things took off!" Among others, the Japanese loved them, and she did quite well with sales. 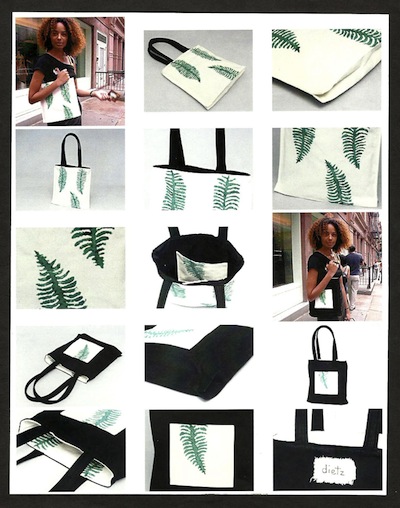 "During this process," says Ms. Dietz, "I uncovered my mom's prints that were collecting dust since the late 1970's and incorporated them into my designs." When her mother, Barbara Dietz (originally from Poland), was expecting her, she began to carve wooden blocks with designs of flowers, animals, zodiac signs, and more -- and then print T-shirts with them (as well as bedsheets, flared pants, etc.). With the help of Barbara Dietz's P.R. and marketing skilled husband (and Kasia's father), the hand-made prints were a big hit with clients like Bloomingdale's and Bergdorf Goodman.

I love the roundness -- and familial comfort -- in this story, since Ms. Dietz has brought her mother's art back to life -- and uses her family name in memory of her father who passed away almost 20 years ago.

Then, in 2007, the tall and slim creator took a break from normal life and traveled the world, always keeping a mindful eye on design, fabrics, colors, and art. "When I moved to Paris in August, 2009, I had the desire (and finally the time) to continue designing, considering I had collected 13 months of inspiration from my travels and was living in what can certainly be considered a fashion capital. But getting started was very tough, not to mention intimidating with my lack of contacts and poor language skills. I spent many afternoons carousing the garment districts of the Sentier and Montmartre looking for fabrics and a manufacturer." 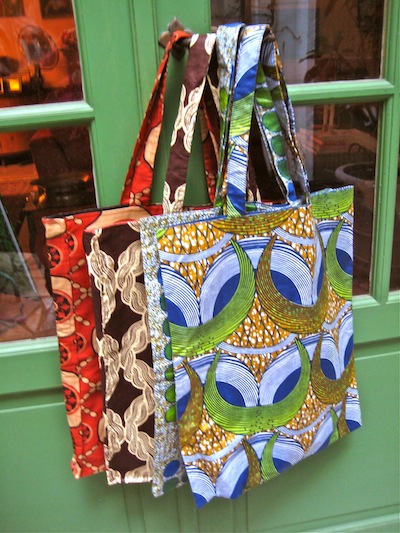 She relaunched her site on December 1st, and sales are steadily growing. "My plans are to continue designing timeless reversible bags and totes, clutches, purses, etc. in fabrics that inspire me as well as printing my own canvas bags as in the latest 'Paris' collection. Perhaps a NYC and London collection and more designs incorporating travel."

Me, I'm a bag lady and could have a different one for every occasion. If I had to choose? I'm eyeing the Right Bank bag, since I'm a Right Bank girl. I could also be tempted with one of the number of my arrondissement.

Naturally, Ms. Dietz's love of travel and design are apparent in her bags, which can take a girl anywhere, whether she's out on the town or planning a weekend away. For Kasia Dietz's collection, go to www.kasiadietz.com. Select bags will be sold in NYC at Gramercy Project, 240 3rd Avenue, NY 10013. 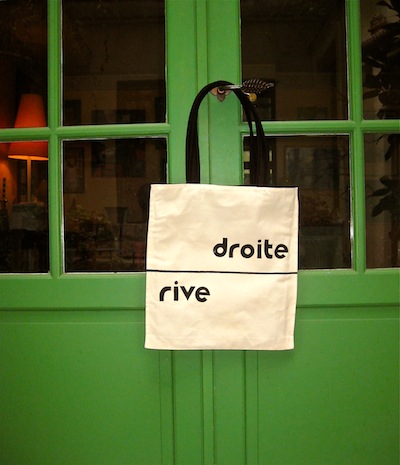 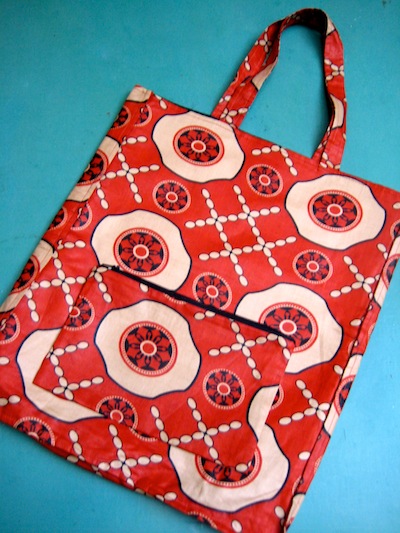 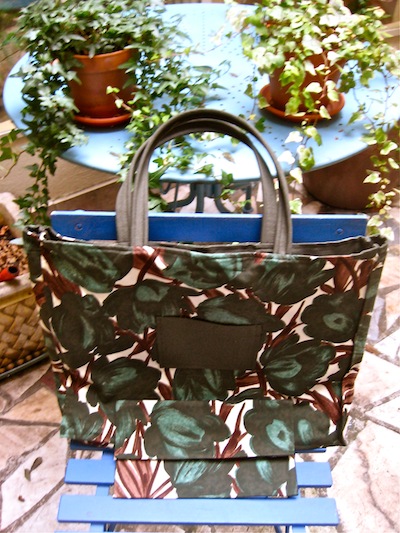 (Montage via Kasia Dietz. Other photos by Beth Arnold.)

Necessity is the mother of invention is a phrase that could have been coined for Michelle Guiliano who designs functional gear and technical clothing for babies, so parents -- like herself and her husband -- who thrive on outdoor activities will feel confident in taking their little ones on outside adventures with them. In fact, Ms. Guiliano's designs are so on target that her company BolderKidsTM Ltd. was named a Finalist in the 2011 ISPO (International Sports Business Network) BrandNew Awards that were held in Munich last month.

Ms. Guiliano and her Danish husband, Jesper Westfall (pictured below), moved to Zurich 10 years ago, and their two boys were born there before they bought a house across the Swiss-French border in Divonne-les-Bains, France. She is an amateur endurance athlete, triathlete, and former rowing coach for Columbia University who became fed up with the inferior outdoor clothing products available to her kids when they were under the age of four. "It was a bit too reminiscent of being an athlete 20 years ago and having to buy a men's small for any performance fabrics," said Ms. Guiliano, "which, then, alas didn't perform for women because without the right fit all is lost. Here we are again with an underserved niche market segment -- babies and their outdoor loving parents. Well, I got motivated to build something great to get everyone outdoors with greater safety, comfort, and style." 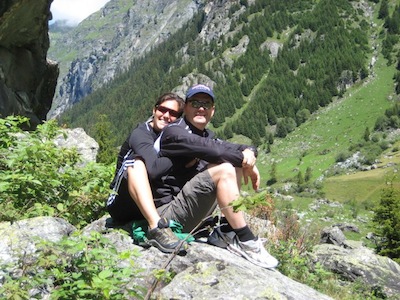 She founded BolderKids in March, 2009. Hand-sketching the first designs for the Go Farther Performance Infant Carrier Collection, Ms. Guiliano used paper and plastic bags to make the first prototypes. She united the most practical elements of timeless Scandinavian design with Schoeller bluesign approved ecological performance soft shell fabric (made in Switzerland) to create her mittens, boots, and infant carrier. These handy products may have been too late for her own sons, but families with babies and young children can benefit now. 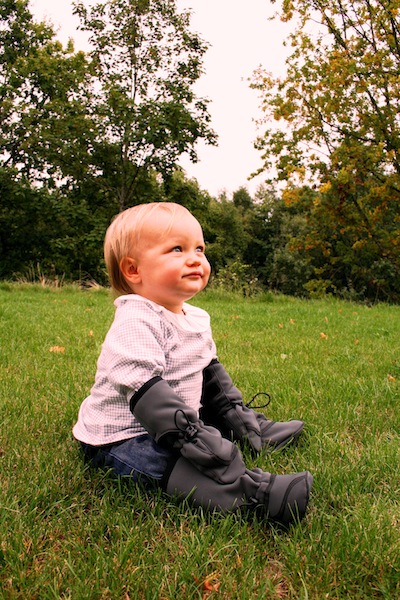 Ms. Guiliano was heartened to see the international community recognize that even the youngest outdoor explorers need clever design and quality innovation. And you've got to love her brand's cool slogan: Play Hard. Go Far.© What a great baby present for lovers of the outdoors!

By the way, this is a tri-lingual family. Welcome to the new global world!

Check out her video that demonstrates the infant carrier system: ISPO BrandNew Awards. For more on BolderKids, go to www.bolderkids.com. 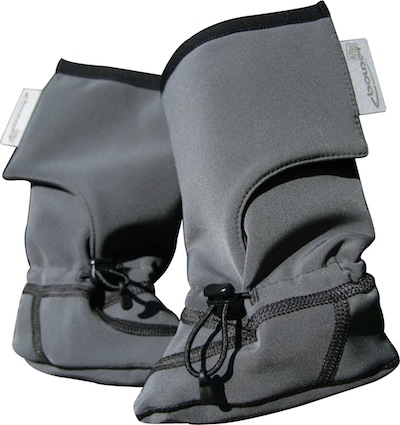 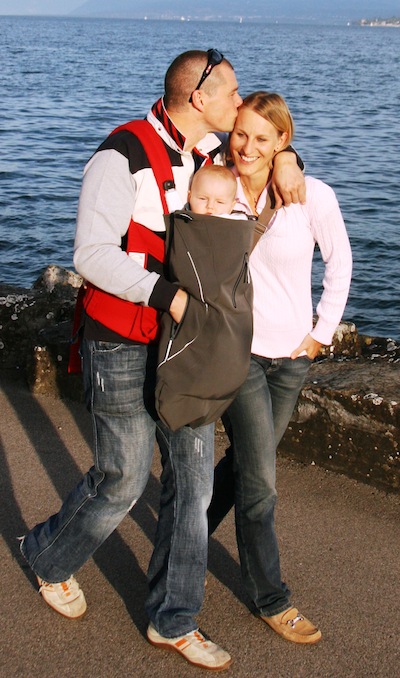 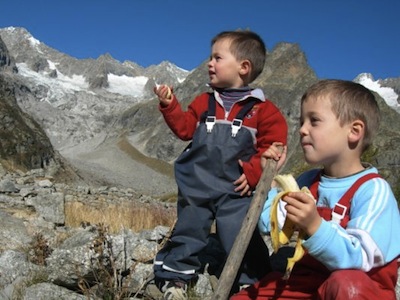 And last though certainly not least...

Crossing the border into Switzerland, one finds a much different style than exists in France. Kirsten Hovenier and Mikée Westerling can tell you all about the Swiss and their clean and fresh design, their wonderful materials and solid craftsmanship. These designing women are using original, up to almost one hundred-year-old Swiss army blankets to create handmade and cozy pillows in different sizes, sturdy footstools, agenda covers, firewood holders, duffle bags, napkin rings, totes, and more to stunning effect. 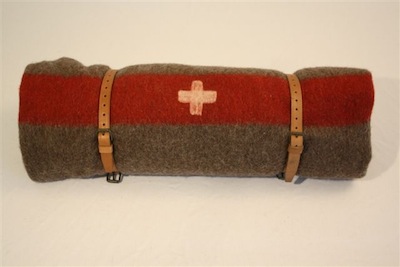 Ms. Hevenier and Ms. Westerling, both from the Netherlands originally, have lived in several countries but moved to Switzerland with their families in August, 2007. They discovered the handsome army blankets, developed a great love for them, and began using them in their own homes. They turned the blankets into cushion covers for the sofa, took the blankets with them for long Swiss summer evenings, and used them for picnics on the banks of Lake Geneva. Everywhere they went, people loved them. 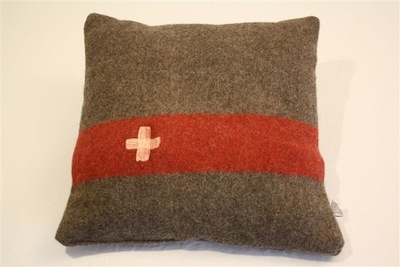 Ms. Westerling and Ms. Hevenier have a great story to tell: "In the late 19th century until the early sixties, the Swiss army produced the covers for a war which, fortunately, never happened. The blankets were stored in caves in the Swiss Alps, which served as military depots. The traditional production ceased in the sixties and blankets remained in stock: brand new and unused, but at the same time, pure vintage, a rare combination! And DEKEN discovered this hidden treasure."

I am thinking what lucky girls they were, but it took more than luck to start their company. Ms. Westerling had worked as an interior designer while Ms. Hevenier had been a management consultant. But once their idea for using the Swiss blankets to create casually chic, handsome products for the home was hatched, the whole plan was laid out within two days. Thus DEKEN -- Dutch for blanket -- was born. 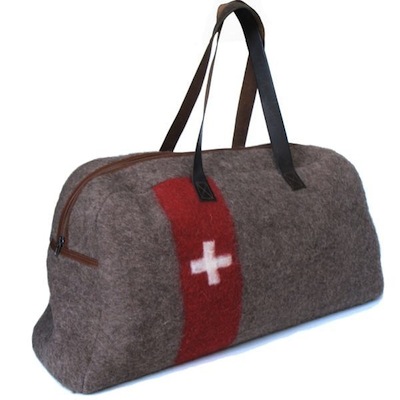 These Swiss army blankets are beautifully distinctive: gray-brown with the typical red and white cross and sometimes even a stainless steel coin or seal. Because of reliable Swiss quality, the blankets are indestructible -- and marked with the initials of the maker and the year in which the blanket was made. Each blanket is different.

I can tell you I'm lusting for some of that gorgeous Deken myself!

To see more of the Deken collection, check out www.deken.ch or www.swissarmyblanket.com. Deken is also sold in Camps and Cottages in California. 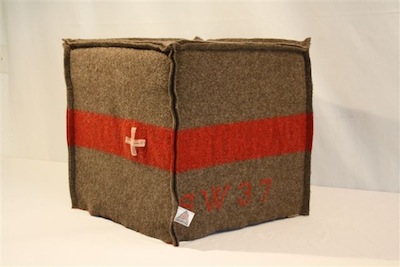 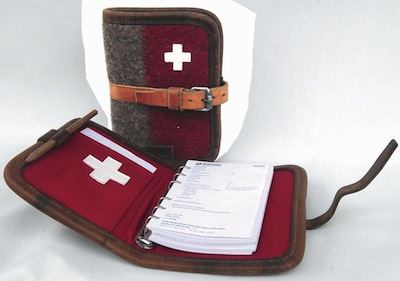 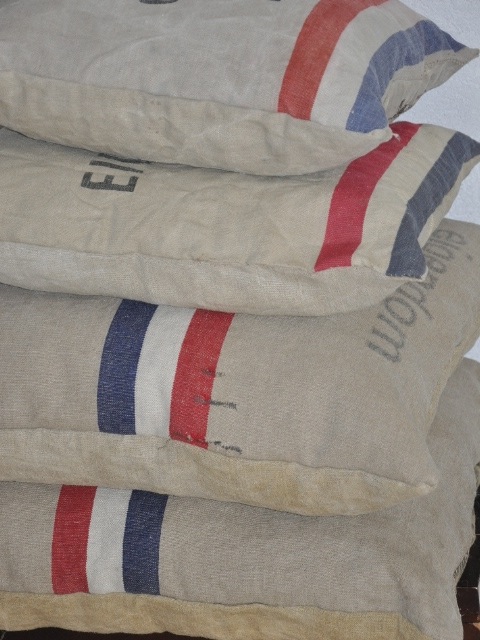 In cooperation with KarlenSwiss, Ms. Hevenier and Ms. Westerling have expanded the DEKEN collection with bags, cushions, and footstools made of the Swiss, Antilles and Dutch mailbag. The KarlenSwiss collection will be in stores in the US.

Where there's a will, there's a way. And these designing women have found theirs with their own impeccable style.

Beth Arnold lives and writes in Paris. To see more of her work, go to www.betharnold.com. She believes in creativity. Crack your world open with it.