From Beth Arnold: While designer John Galliano spat the latest Paris Fashion Week into history, it is not only appropriate but necessary to pose the question Letter From Paris fashion reporter Philippe Perisse de Montchenu has brilliantly asked in the essay below: What is couture? To get to the bottom of it--and to understand why couture is culturally important to us--Perisse de Montchenu gives us an extraordinary lesson from one of the founders of the art and business of modern fashion, Pierre Bergé. Check it out. 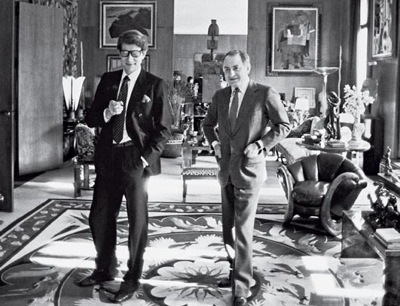 A month ago it was Haute Couture Fashion Week again. Couture? Did you say couture? What does it mean today, anyway?

Luckily, at the French Institute of Fashion (IFM), we had a conference with his Highness Pierre Bergé. He and Didier Grumbach are the two men who have built, from back stage, the Fashion Industry as we know it.

Pierre Bergé was the man who made the Yves Saint Laurent miracle possible. His genuine sense of business and beauty made him alternately both the actor and witness of fashion's destiny. I'll try to sum up the fantastic conference he gave us and share with you the sharp and very modern analysis of this young man born in 1930.

Haute couture is dead! If the world has changed, haute couture remains one of the rare jobs where it is still possible to produce dresses in order not to sell them: dresses that nobody will ever wear, dresses that are just performances and that are not really from our time. Dresses whose only purpose is to make the BUZZ! Haute Couture--like fashion--is not art, but it supports a lifestyle or an art de vivre. A lifestyle which has almost disappeared. There is not much left of the great balls and galas--now it's more jeans and sneakers than evening dresses and tuxedos when we go to the Opera. If it still exists, it is artificially maintained and no longer corresponds to anything else but brand communication.

In 1966, Saint Laurent understood this natural evolution of times and created the first line of designer ready to wear: Saint Laurent Rive Gauche. It was no longer time for women to change themselves according to the whims of designers and couturiers. Then, the relationship was centered on a permanent dialogue between both parties. A designer has to serve women and not to use them. Beyond what Chanel had achieved, St. Laurent worked following women's evolution, understanding and entering their social territory. Entering women's social territory means that a designer has to create according to their body and lifestyle. If you don't want it to be anecdotal, Fashion can be conjugated to the present tense--hardly to the past tense and never to the future. Do you see lots of people wearing Pierre Cardin or Courège 1960's style? A designer has to understand today's life in order to answer its social problems.

When you think of what models wear on catwalks, on the street, or in the métro, one can easily assume that some fashion designers have never taken the bus in their lives. This may be a mistake.

When Saint Laurent opened men's codes and dressing for women, he allowed them not to be fashion objects anymore. By putting on those male attributes, they unconsciously and slowly took over. And becoming the equal of men, they could--without complex--redevelop their femininity and sensuality. Those two values were no longer degrading, but synonymous with power and sophistication. 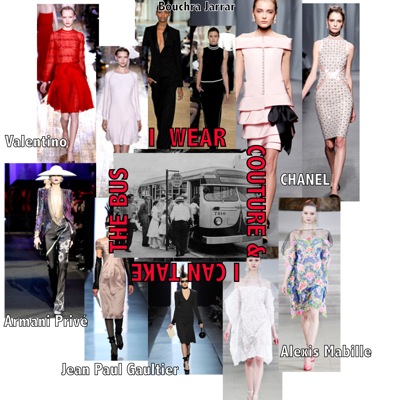 Nowadays we are dying from a lack of convictions. It is important to know where we want to go and what we want to do in order to do it well. Shareholders cannot drive artistic direction. Management must allow a creation to exist and protect it; it must be at its service.

Fashion design is all about goal, purposes, vision and understanding its primary task. John Galliano is an amazing showman, but he has forgotten this task. If it happens that his creations are incongruous (and this is often the case), it is because he may have forgotten what fashion is made for--to dress women! Real women! 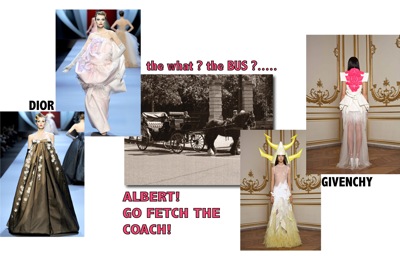 It may surprise you, but today I feel closer to H&M or Zara than to some high fashion designer--because they are working within this "social territory" and answering today's problems.

Yves used to say that fashion would be very sad if it were only made to dress rich women.

An extract from the fashion master class by Pierre Bergé at the French Institute of Fashion January 26th, 2011. 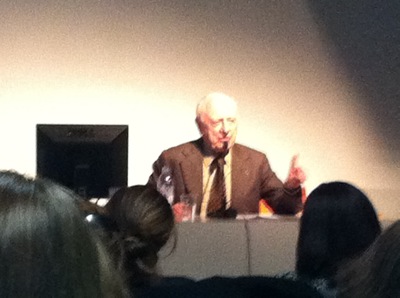 Philippe Périssé de Montchenu lives in Paris where he works as a brand consultant and fashion reporter. Having experience as an assistant artistic director, supply chain manager, collection coordinator, and export manager, he is presently pursuing a post-graduate degree at the Institut Francais de la Mode. You can see more of his fashion columns at www.betharnold.com.