When the bomb dropped about the arrest of Dominique Strauss-Kahn, all of Paris was abuzz. 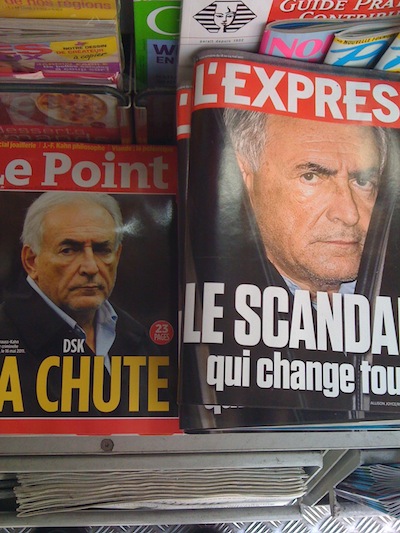 The dust settled, and the French elite came out swinging for their compatriot. In The Daily Beast, Bernard-Henri Lévy wrote:

... And what I know even more is that the Strauss-Kahn I know, who has been my friend for 20 years and who will remain my friend, bears no resemblance to this monster, this caveman, this insatiable and malevolent beast now being described nearly everywhere. Charming, seductive, yes, certainly; a friend to women and, first of all, to his own woman, naturally, but this brutal and violent individual, this wild animal, this primate, obviously no, it's absurd... 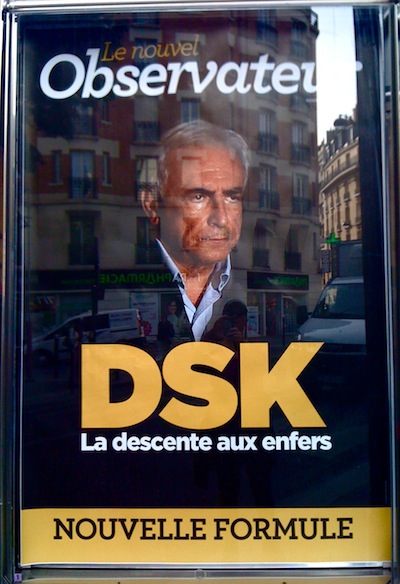 "A friend to women" is not how M. Strauss-Kahn is being described by anyone else. Monsieur Lévy, who wears his Charvet shirts unbuttoned almost to the waist, seems to be a "friend" to women himself, if not to his "own woman." After a couple of years of rumors of Lévy's relationship with heiress Daphne Guiness, they are now a public couple, she as his mistress.

This in a May 6th piece called "Tina Brown Is Still Hungry for Buzz" in The New York Times:

... Suddenly the French philosopher Bernard-Henri Lévy wafted in, dressed in black and trailing a cloud of cologne and his mistress, Daphne Guinness, who was wearing a revealing black cat suit and heelless Alexander McQueen platform shoes...

I doubt his (3rd) wife, Arielle Dombasle, feels warm and fuzzy about her husband living with Ms. Guinness.

It seems BHL might prefer his friend to receive preferential treatment, as he no doubt would have in France. Is it that Lévy would like Strauss-Kahn to receive this because he's a rich French white male?

There are cultural differences coming into play between our two countries in how we're looking at this scandal and how it's playing out. Stephen Clarke wrote a great piece for The New York Times called Droit du Dirty Old Men that's definitely worth a read in understanding French attitudes. I also liked this piece in the LA Times -- "DSK and France's code of silence" -- about how there must be a happy medium between "the French embrace of satyriasis among political leaders and Americans' puritanical intolerance of sexual impropriety..." 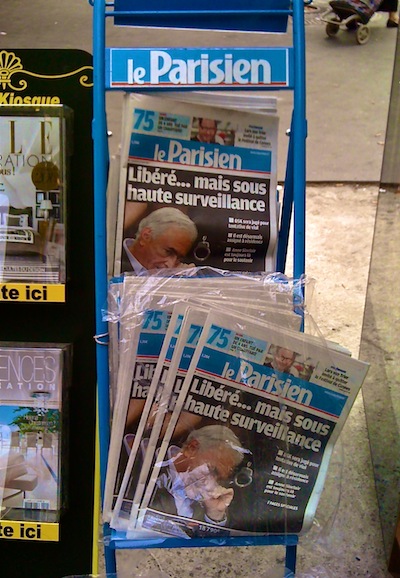 Yes, like anyone else, rich or poor, Strauss-Kahn deserves a fair trial. And, hopefully, the judge and jury won't be looking at just the face of either Dominique Strauss-Kahn or his accusor -- the color of their skin or how expensive their dress -- to determine his innocence or guilt.

That is the American way, Monsieur Lévy. At least, it's our ideal.

All photos by Beth Arnold.

Beth Arnold lives and writes in Paris. To see more of her work, go to www.betharnold.com.