I am a lover of Les Halles, the area in the center of Paris that from the 12th century until the 1970's was devoted to the selling of food -- the central market -- that was a cornucopia of fresh goods that arrived in Paris from the fields and villages of France every morning. For five years, I lived by the most divine Place des Victoires, and Les Halles was a hop, skip, and a jump away from me. At first the mammoth beast that Les Halles was and still is was confusing to me, but I learned her paths, discovered the riches of her neighborhoods, and bathed in her history. I felt the deep vibe of France -- her people and land in the earth and sky there.

I never saw the enormous pavilions of iron and glass that Napoleon III commissioned from architect Victor Baltard, constructed between 1854 - 1874, to organize and house the different markets. I wish I had. This was the Les Halles that Emile Zola wrote of in his wonderful novel The Belly of Paris. This was a part of Paris that shouldn't have been torn down, in my opinion.

Over the years and since Les Halles' 1970's renovation, it has been criticized as not only ugly but as a haven for unsavory characters. As a former resident of the neighborhood, I would like to point out I found the underground shopping center really handy, loved the movie theaters there, and was never afraid although I did not randomly walk through there during the weird times in a city that bad things can happen anywhere. Not saying problems don't exist... just that people need street sense no matter where they're navigating. And as for Les Halles's ugliness, I'll just say that that what is the most ugly are the tacky, bad 70's buildings that circle Les Halles.

After many years of argument and discussion, Les Halles is being renovated -- though neighborhood residents were not happy about the tearing down of their gardens to make a vast prairie around the shopping center which will soon have a a 151,000 square foot undulating glass canopy. There are those (including me) who appreciate Les Halles for what it is.

"...(Gilles) Pourbaix (president of ACCOMPLIR, the resident's association which has sought to block the destruction of the site's well-loved but aging Lalanne children's garden in court) for one appreciates the slightly gritty image of Les Halles, which retains vestiges of the neighborhood's wilder years including sexshops and aging prostitutes, but also celebrated jazz clubs like Duc du Lombard and historic brasseries like Louchebem. He cringes at Hidalgo's assertion that the project will 'allow people to come to Les Halles as they do to the Tuileries or Luxemburg' gardens. 'I wouldn't want to live in a neighborhood where everything is clean and orderly, as if we were in Switzerland,' he says. 'We want to live in Les Halles.'"


To garner public support and show what the new Les Halles will look like there is a free exhibition at the Pavilion de L'Arsenal. I went to see it and found the presentation fun and interesting. It gives you a 3-D sense of what it will be with the model suspended above the floor that has been printed with aerial shots of the neighborhood.

Here are some photos... 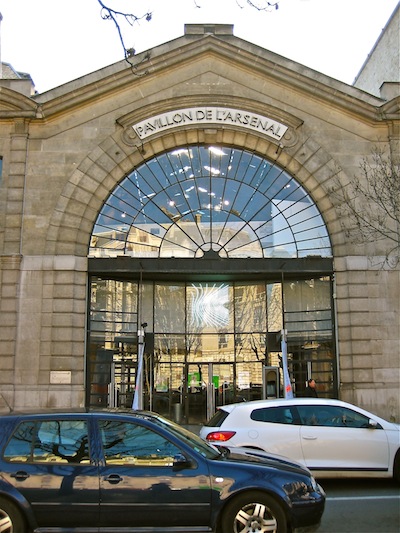 The model of the new Les Halles and the neighborhood around it... 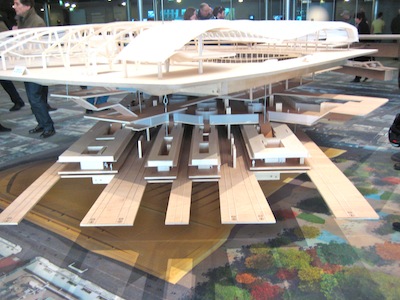 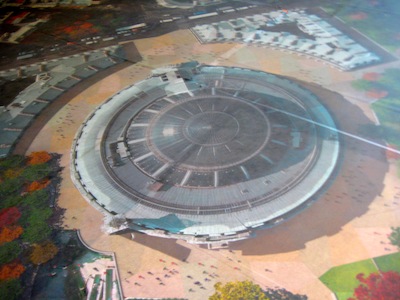 The Bourse (Photo by Beth Arnold) 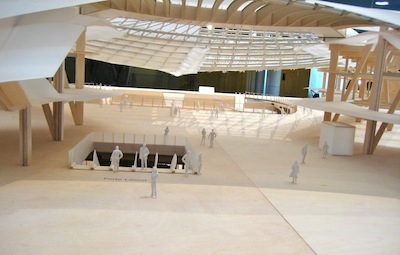 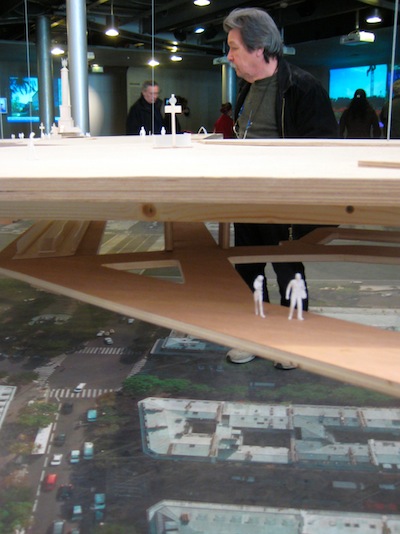 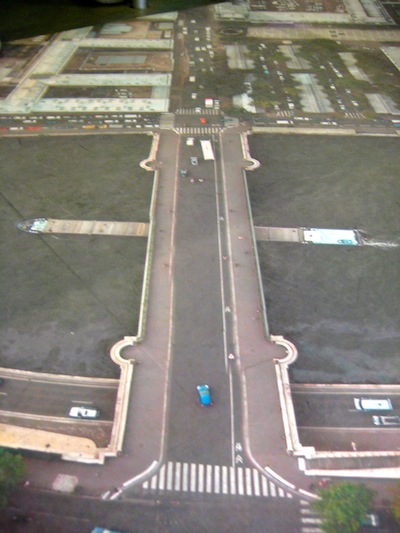 The Seine (Photo by Beth Arnold) 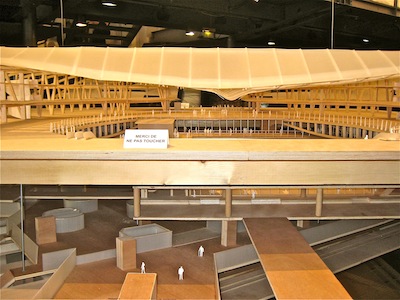 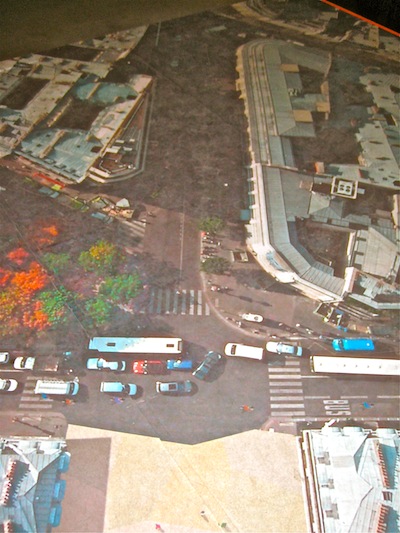 Will Les Halles be any better off than it is now? It will depend on how this new architecture ages. It could be just as much of a flop as some people consider the current incarnation.

Beth Arnold lives and writes in Paris. To see more of her work, go to www.betharnold.com. Check out her ongoing series called Jours of Our Lives.