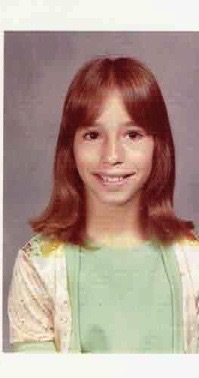 You were embarrassed that you still had a babysitter at the age of 12. Partly because you took exception to the term "babysitter" -- you were far from a baby; and partly because you had friends who were being left alone at that age. Truth be told most of your friends were left in the care of older siblings.

Your parents were always just a bit protective of you. With both of your older brothers out of the house, Mom and Dad paid the neighbor boy to watch you when they went out. He was almost ten years older than you and other parents in the neighborhood used him to babysit, too.

He had earned your parent's trust.

So you had no reason not to trust him either -- which is why when he told you that the rest of the neighborhood girls were learning about sex from him, you believed him. "It's a special club," he said. These were girls you looked up to and admired. They were older than you and you wanted to be like them. As he said this, he had that surprised smirk on his face, the one burned into your memory, like you were the last to know. This made you feel naive and you didn't want to be naive because you were smart. And you wanted to be treated like you were older than you were.

He invited you to be a part of his club and he made you feel like you were special. But it was a secret. No one could know. And while for a split second that felt exciting, (which you are still ashamed of), you were also scared. You were a good kid. Mostly A's and B's. You loved and admired your parents, and they adored and cherished you. You never did anything wrong and this felt like a huge betrayal against them. A lie. Which did not come easy to you.

But he made it easy for you.

"Just don't lock the door when you are taking your bath," he instructed. "No big deal. I'll just come and talk to you while you are in there," his slow, toothy grin exposing his gums. "It's not like I haven't seen it before," his laugh -- he was always talking while he was laughing. Like a dirty-joke chuckle. Something else you never forgot.

He knew exactly what he was doing.

The first time, you put extra bubblebath in the tub so that everything up to your neck was covered. I know you don't remember much else. That's understandable. You have blocked out a lot of it and that's actually a good thing. You weren't able to face any of it before now. If it weren't for Beverly Johnson's article in Vanity Fair, about her alleged attempted rape by Bill Cosby -- and the other stories that rose to the surface and triggered all of those emotions for you -- I know that you wouldn't have the courage to even admit this. But she inspired you. Her words hit you hard: "...how could I be any less brave?"

Let's just say it, shall we? Your babysitter molested you. For a long time. This was not a "rite of passage" nor the way girls learned about sex. He had a thing for pre-pubescent girls. It was not natural or normal. It was perverted. The further along the road he tried to take you, the more strength you were forced to summon to "keep the secret" and worse -- protect your parents from what you believed was your deviant behavior. He brainwashed your young and impressionable mind into thinking this is something you wanted.

He was just happy he could be there for you.

Here's why I'm writing to you now. To tell you this: Please forgive yourself. Forgive yourself right now for keeping this secret for four decades.

You protected your mom and dad whom you loved so much from the devastation and heartache of realizing that their trust was misguided. You did this with the best of intentions. They are on the other side now and see it all much more clearly than even you. Forgive yourself for not being honest with them.

Forgive yourself for breaking your brother's heart with this truth about his childhood friend. For as much as you love him, this happened to you. He will come to understand that there was more harm in keeping this in than in letting it out. He will see that there is much good to come from telling your story. Good that even you cannot imagine yet.

I know this is hard for you. There is more, though.

Forgive yourself for not speaking out sooner to protect others from the same experience. For a long time you were too young to understand the consequences. Then you buried it and pretended it didn't happen. It was only recently that you allowed yourself to think about the fact that because you did not speak out, others may have suffered as well. This is extremely difficult for you, but forgive yourself now.

Finally, forgive yourself for not warning your nieces. You do not know if they suffered the same fate. This is the thought that has tormented and haunted you most. There is an indescribable guilt and relentless fear that in not saying anything to them -- in not reporting it at all -- you were complicit.

Only now are you strong enough to face this. Aware enough to know that secrets, damaging when kept from others, are toxic when hidden within. You have taken the first step. Admitting it happened, out loud. Inspired by those who have gone before you and with deep hope that someone else may gain their strength, too.

Perhaps now the healing can start.

Do you know someone who needs to hear these words today?

Become a fan (and you won't miss a thing).

Find me elsewhere at wearekindred.org and Facebook and Medium.