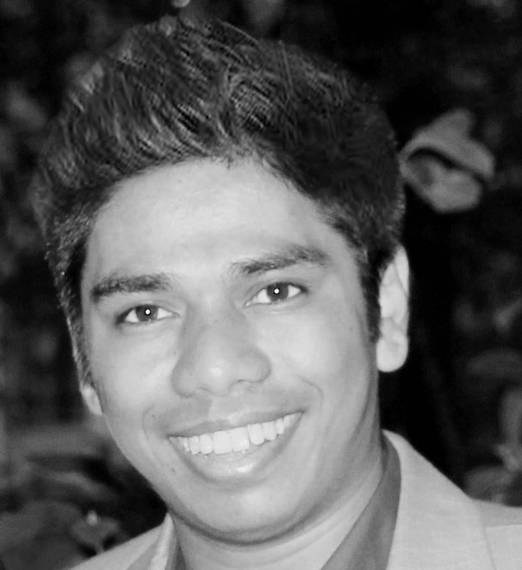 Many world events have inspired me since my very childhood. The political upheavals in the South East Asia, the Presidential elections in the United States and the civil war in my own country have shaped by a passion for the covering the world scenes.

After I moved to the USA to pursue my medical career, I kept my interest in literature and writing by publishing my articles, poems and experiences in several online magazines and newspapers in the English language. My passion further found its spring when I met few community leaders and journalists of Nepali community in New York. I obtained an opportunity as a volunteer writer in the Nepali Weekly.

My writings in Nepali Weekly have largely been about covering the regular Nepalese community events and inspiring Nepalese youths who have come to America to pursue different dreams and carriers. I published some books as well. My carrier being medical science keeps me very busy throughout the week. Despite this challenge, I keep on pursuing what I need to do continuously.

Going to the developing world with Nick Kristof would help me contribute to the New York Times and the world community in general. My background as a youth from a developing country and command of several Asian languages like Hindi, Urdu, and Nepali make me a valid candidate for such an adventure. I could be of a great help in connecting Nick Kristof and the New York Times crew with the public of the developing world if provided with this wonderful opportunity.

Our perception of the world varies according to our identity. We have a cold look towards people and events that do not connect with our family or society. If the same thing was happening in New Jersey or Texas, Americans would feel very different about it. I carry that unique identity to experience and report things of the developing world in a different perspective than the regular NYTimes journalists do.

The developing countries might be poor economically, but each of those countries are richer in some other qualities if we only take and effort to discover them. The spirituality that exists in countries like Tibet, Nepal and India are one of the most important aspect that can elevate the humanity to a whole new level. The rich history of India and personalities like Rama, Krishna and Buddha still rule the psyche of the majority of people in the Asian countries. Most of the population there except the modern classes do not appreciate the wealth and prosperity as much as they appreciate the peace of mind.

Folks in UK and America might have a better apartment and a bed but folks in rural villages of Nepal, India and Tibet sleep far better in the night with less nightmares and anxiety. If Americans could view things from these unique perspectives and eyes of these "less fortunate" people in their worlds, they would not be so anxious to bomb Iran, Afganistan or Vietnam.

At the base of the humanity, we must realize the oneness that all of us arise from. The distinctions appear outside with the clothes, the accents and religions, but there is no difference at the heart. At some point there, we all realize how we are all one family. This eastern spirituality can be a medicine that can heal many wounds America and its allies have afflicted to many countries and people of the world. The same medicine can also serve to heal the sleep that many Americans have lost for several decades now.

On the other hand, I have been a regular follower of articles by Nick Kristof for many years now. His articles have a unique flavor of experiences that are different from other journalists and reporters. I am very impressed with your work. I really respect him from the bottom of my heart. He is such an amazing journalist.

In my opinion, I can add a very different flavor to his materials and writings if I get an opportunity to be with him in trips to the developing world. I can contribute to him firsthand experience of events and things that might even cause him to wonder at times. However, that is the way the people of these third world countries view things in general.

New York Times ranks top over all other American newspapers and magazines, among the immigrant community of America and English-speaking community in the developing countries. These folks consider the analysis by New York Times reporters like Nick Kristof to be of high credibility. His views are considered to be liberal and left-aligned by the Republican proponents, but they definitely provide a greater view of the world that we live in. As an outsider to the developing world, Nick Kristof's work are exceptional. The Republicans losing the house and power was largely due to the covering of Iraq and Afganistan war by New York Times reporters like Nick Kristof. In the present times, New York Times has played a major role in exposing the CIA tortures during the Bush era that are inhumane and reflect the common attitude of Americans towards the people of the Middle East.

Most of the Americans still look at the Asians, Africans and Muslims as barbarians like Romans used to do. If we keep this kind of view, we will have conflict with the rest of the world forever. We will create enemies in other countries and add enemy countries every other day. This is a major problem for Americans right now. Due to American policy, young Americans are losing an opportunity to experience the rest of the world like they used to do before. Today, because of American actions in countries in the Middle East, young Americans if found there are being killed and slaughtered.

We can avoid all this friction once and for all if we only learn to see the world in their perspective. Hurting one obviously hurts others. The American aggressiveness in wars and murders outweighs the Taliban's actions, and this is the experience of the rest of the world even if Americans deny it.

The American pride causes it to dominate the rest of the world as if they are specks of dust and this misunderstanding of people and events is due to the lack of real understanding of folks in developing countries. With Nick Kristof, I could help the Americans see a different perspective of the rest of the world and thus possibly cause the American government to make the necessary adjustments and changes in the policy in acting in the third world countries like Afganistan and Pakistan.

I am pretty confident that I can use this platform to advance the cause of the New York Times family to create a better, peaceful and happy world where the entire humanity lives as one family. I look forward to a journey to the developing world with Nick Kristof.