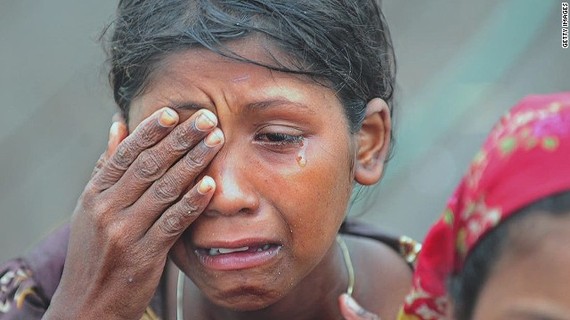 I am writing to you to express my deep concern over the fate of the Rohingya people of Myanmar. I am certain you are familiar with their extremely precarious situation, as we have seen them teetering on the edge of genocide since at least 2012. Yet what prompts me to write this letter is the latest news coming out of Myanmar just in the last few days: a series of attacks against border guard outposts killed 9 Burmese policemen just over a week ago, the Rohingya were quickly deemed responsible, and the police and army in the local state of Rakhine/Arakan have already carried out over 100 indiscriminate extra-judicial killings of dozens of Rohingya - including old men, women and children.

The fear on the ground is that the violence may now escalate to at least the level of violence of 2012 or 2013, when dozens were killed, over 100,000 were displaced to internal camps and many more Rohingya were driven out of the country altogether, triggering the South East Asia Migration Crisis which culminated in the spring of last year. And that may be the optimistic scenario. This new upsurge of violence may ultimately prove to be the final trigger to outright genocide that the UN and many NGO observers have been dreading.

What makes the situation today the most perilous it has ever been is the fact that in this crisis the Rohingya are likely to be targeted by all parts of Burmese society. Historically, the dark-skinned, Muslim minority had been chosen as the favourite 'enemy within' of the succession of military regimes that governed Burma/Myanmar. Whenever these governments needed to invoke some 'dark forces' that undermined the success of their 'vision' for the country, they scape-goated the country's Muslims, particularly the Rohingya. Whenever they needed to distract attention from other national issues, some conflict with the Rohingya would suddenly materialise.

Yet the violence of 2012-2013 had not been initiated by the federal state. Or indeed the local state. The decades of anti-Rohingya propaganda have been absorbed by the political culture of the country, and now the biggest threat to the Rohingya is actually their ethnic Rakhine Buddhist neighbours, in their native state of Rakhine/Arakan. Civil society groups, Rakhine nationalist political parties, even prominent groups of Buddhist monks are the perpetrators of dehumanising propaganda and incitement to anti-Rohingya violence. Indeed, in the last few years, the organs of the state have either been passive or have helped calm tensions down when they flared.

But now these attacks are driven by the law enforcement agencies of the local state. And the civil society groups that have carried out most of the attacks in the recent years are merely waiting their turn. The floodgates have not been opened just yet: but they are about to burst through.

The only thing that can stop the spiralling levels of violence from escalating into a full blown latter-day Rwanda scenario would be the intervention of the federal government of Aung San Suu Kyi to pacify Rakhine/Arakan and impose the rule of law. But as of yet, the federal government is making no haste to intervene, and Ms Suu Kyi does not seem to be moved by the gravity of the situation.

Fortunately, the situation is not beyond all hope. Ms Suu Kyi is known to be sensitive to international opinion, and indeed much of her political capital comes from the favourable view the West has had of her as a democracy campaigner for her country. We do have leverage to lean on her to confront this issue as a matter of urgency, and if we do, we know she has the political power and capital as the first democratic leader of her country in half a century to carry through what needs to be done.

You are in a uniquely privileged position to help build the international pressure needed to move Ms Suu Kyi and her government to suppress the recent upsurge in violence before things get completely out of control. I urge you to take charge of this issue and help prevent yet another international humanitarian catastrophe. I realise that in the current news media cycle it can be difficult to get such a message through: between Trump, Brexit and Aleppo we barely have the energy to process everything else that is happening in the world today. But if we do not do something about the situation of the Rohingya as a matter of urgency, the issue will come back to haunt us as an even greater calamity - and one which we could have been able to prevent.

Should you need any help or support in this, from up-to-date information to contacts with on-the-ground sources, to contacts within the relevant UN and non-governmental agencies, I am at your service. Please do not hesitate to get back in touch.