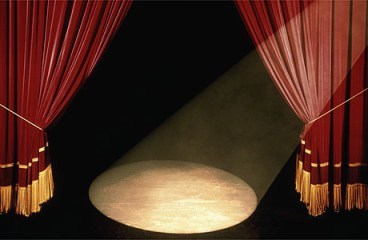 A lot of people talk about their fear of aging.

You don't know if you will have enough money. You don't know if your body will hold up. You fear being lonely or your partner dying, or maybe being unhappy with the person you are with until you die. You fear not being important to anyone anymore, or walking into a room and feeling that you no longer make a difference. You have wrinkles, and skin that -- for all the Botox , creams, planks, push-ups, or hot yoga -- is still going to sag.

You can feel out of control. You fear invisibility.

Some people handle this fear by hanging on to the roles they've played for far too long.

Years ago, I heard an analogy about psychological and emotional health in families. Think about it as if a family "story" is being played out on a stage. The central characters are the parents. They speak the main lines for that particular play. Their children run around downstage in front of the audience, looking cute, saying maybe a one-liner or two, getting lots of applause.

The grandparent or the older generation's role is "Special Appearance By...". These days they would be played by someone like Morgan Freeman. Judi Dench or Sean Connery. Their appearance, again in a healthy family, could make a marked difference in the play. They are vital to the story line.

In healthy families, the older generation supports and recognizes the need for the newer generation to become center stage, to have its own time in the spotlight. The play is no longer centered around them.

On another stage, their own, with their own peers, in the community, they are and should be the central characters. Their gifts and talents can be recognized. But families need to make a shift.

"We have to go to Mother's for Christmas. But I'd really like to stay home and create rituals for my own children."

"Dad gets furious if I don't check with him before I invest in the stock market."

Healthier parents let go. They accept a different role in their children's lives.

At the reception after my oldest nephew's wedding, I was doing my best Tina Turner imitation when I suddenly remembered the above analogy. I looked around, and I was the only older adult dancing. I sat down, a little damp, and watched the bride and groom and their troupe frolic their way through more of the evening.

At that moment, I felt a little lost, like somehow I was now on the edge of life looking on, while others "lived." It felt odd, like a new toothbrush before you get used to using it. I wondered if I looked old, sitting on the sidelines.

What you figure out, with time, is awareness of the gift you bring -- what is special about your appearance in the play.

My Aunt Mary, a woman then in her late 80s, came to a baby shower we gave five years ago. It was given for the same couple from the wedding, pregnant with their first child. I had cooked jambalaya and had a table piled high with other dishes. I served with a big ladle from the table, in jeans and apron. Sentimentally, I had also used my mother's favorite silver decorative piece in the middle of the table and some of her serving pieces.

Later that day, I called Aunt Mary to thank her for coming. What she said brought quick tears to my eyes.

"I noticed all of Betty's (my mother's) things, Margaret. She would have been so proud of you today. I realized that I was there today for you".

My quick, mildly sarcastic reply was to remind her that my dear mother would have wondered why I didn't have the party catered and would have been more than dismayed that I wasn't wearing heels and hose.

But Aunt Mary was right. She would have been proud.

No one could have given me that gift except my Aunt Mary. Her appearance had been more than special to me.

I can belong on many stages if I choose.

I will keep auditioning.

And I will treasure the people in my life who give me the gift of their "special appearance."

You can read more from Dr. Margaret on her website or listen to her new podcast, Selfwork with Dr. Margaret Rutherford.