As often moral crusaders end up being the judgment slingers and elitists, and as often the radicals or the shrewd end up being discovered to be the kind and compassionate, so, authenticity and one's intent and entire expression of being may not be so easily assessed with rapid judgment or conventional vision.

If Truthfulness is the Last Taboo, in the meantime the lowest common denominator aspect of our culture sensationalizes other taboos -- like sex of course, even shrouding ignobility over the very requisite deed that continually incarnates us into the continuum of expression -- to manipulate emotions into profit.

Is the mass consumption of sensationalism perhaps just an aspect of our least evolved expression of collective being acting out a cultural pathology, clinging to that step before transformative growth like a self-conscious chrysalis before becoming a butterfly -- afraid of the animal, afraid that we might not be accepted, afraid that we may manifest some radical ugly instinct. It is as if this dissociating collective culture aspect of us scolds itself as a reminder to check itself before going on, like some built-in, evolutionary, self-regulating mechanism that slows the party down - not deeply conscious, just overly self-conscious. And yet there is something so entertaining about it all.

Truthfulness and the will for consciousness evolution, raw yet kind by the compassionate innateness of being all pervading, this final frontier is exploding into actual being. We are afraid of the inevitability that the breath of the universe, that the flow of it all, that all being simply and inevitably is ecstasy. Even in the most base description of life, it is revealed that engagement in raw form, free flow and the willingness to be seduced and completely fall into being - and so for us to continually step outward from ego - is indeed gorgeous progress.

This is not a call to crudely act on behalf of self, rather and contrarily, a simple call to step into universal self, saying let's just make love to the process of it all. Let's get so lost in it that we don't know the difference between work and play, that we cannot catch eye contact and only look away, that we break free from the illusion of separateness, that we're deeply pierced through other's pain even if it will always be, that we pour into the entire scope of existence, that we become laughter, the flow of breath, and that we uncover the undeniable truth that we are the rhythm of being itself: love -- so why fight it.

So if the methodology of witnessing and accepting ourselves as we become, is the access point into this extraordinary celebration of cosmic free flow and the vibrant passage in the evolutionary expression of being -- then let's bathe in it. Let's be unafraid. Let's give in to the ever-so-subtle yet glorious inevitability of ecstasy, and start the party -- be the party. Breathe, expand, allow it all, and so become it all.

"The point is that God is what nobody admits to being, and everybody really is."
-- Alan Watts 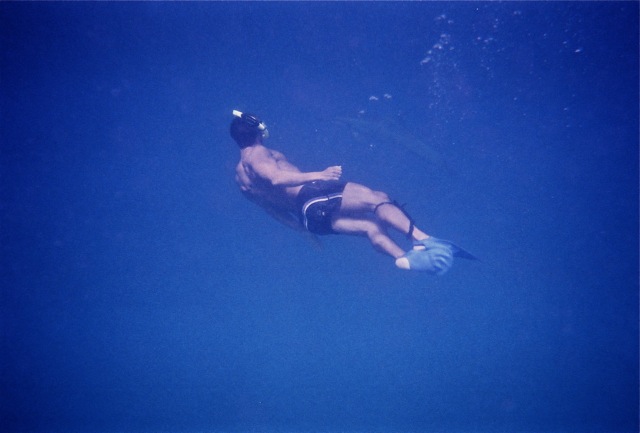