Gail Armand and Robert van Sluis had a plan for their retirement. They'd each put in more than 20 years in meaningful careers (she as an insurance fraud investigator and he as a medical sales representative) and had invested in their beautiful home in Hercules, California and a separate beachfront property that they hoped to one day sell. Their goal was to save enough money so they could quit their jobs, move to Hawaii and never have to work another day in their lives.

All they needed was the perfect time -- when all their finances were in order -- to pull the trigger.

But then 2008 happened, and with it, the recession. Robert lost his job, and the real estate market crash wiped out their property investments. Before long, it seemed like the ideal time to pull the trigger would never come. 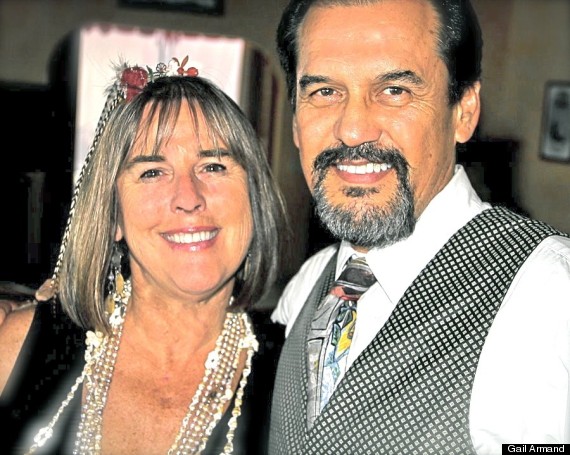 Starting Over In A Treehouse

It would have been easy for Robert to find another job in the biotech industry, but that would've put them, as Gail likes to say, "on the same old treadmill." Robert, 59 years old at the time, enjoyed his career, but a sales job brings with it tremendous stress. Gail, who was 57, felt ready for a change too. She hated that Robert was always exhausted from the continuous traveling and she wasn't about to give up on their dream of living in Hawaii.

So, without the funding they needed, Gail and Robert decided to move anyway and start a whole new life from scratch. Their new plan was to start a wedding business on Hawaii's Big Island, where they themselves were married decades ago.

They sold their properties in California at a loss, hired a realtor on the Big Island, and bought some land near the Kilauea volcano with the left over cash. They moved to the island in July 2009 and began building a custom treehouse and wedding pavilion.

Knowing they had limited time until the money they had left dwindled to nothing, they rushed to build their business. The treehouse -- which stemmed from an inside joke shared between the two throughout their relationship ("Robert once told me he could build anything, so I said I wanted a treehouse") -- drained most of their life savings. Only seven months after their big move, their treehouse was completed and open for business. 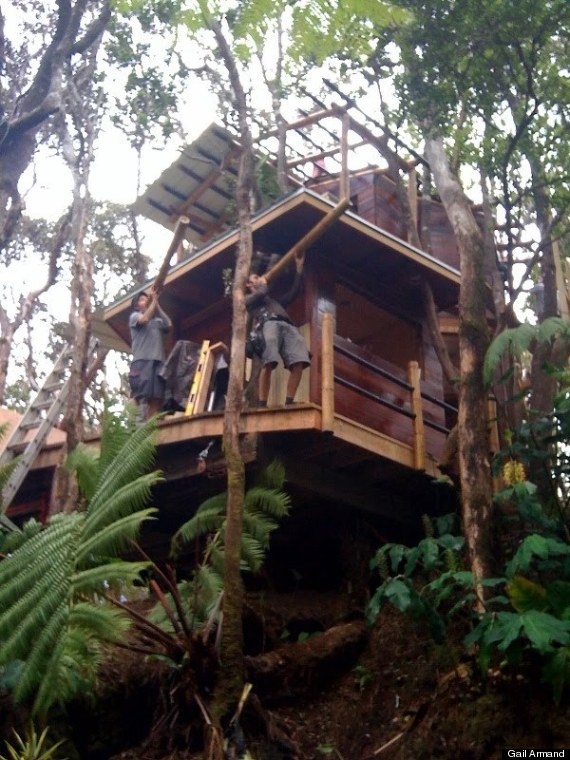 Workers on top of the work-in-progress treehouse, circa 2009. 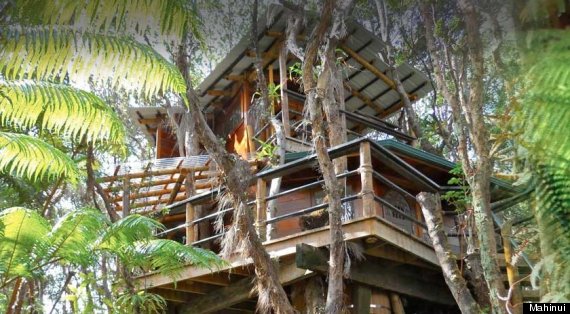 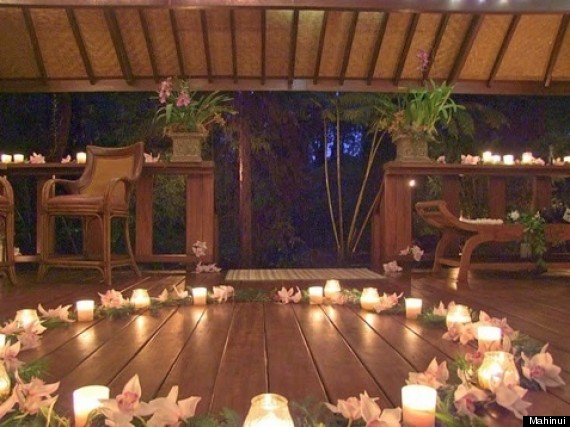 Robert and Gail's island life is far from the retirement plan they had first imagined, but now, they're living a different kind of dream. They have since moved out of the treehouse so that it could be used solely for their business, in an attempt to separate their work life from their personal one.

They've traded in hefty mortgage payments for the simplicity of monthly rent, and because they are their own bosses, they no longer have anyone demanding more -- no more sales numbers to keep up with and no one breathing down their necks. "I lost the biggest part of my investment," Gail recalled, "and yet, my life is as rich and beautiful as it ever was."

Robert and Gail embrace the simplicity and the small-town feel of the Big Island. "Here," Gail said, "there's a way of life that we're lucky to be a part of. People are always smiling and happy and nice" and everyone seems to share a love and appreciation for the islands. "They truly live with aloha," she added. "Rarely do people even honk their car horns."

Running their business still comes with a certain level of stress, but it's nothing like the stress they had in California. Instead of working long hours for someone else's business, Gail and Robert can spend their time helping others create special and intimate moments. And they're never too busy to enjoy life. "The way we work now allows us to have freedom," she said. "It would be a terrible nightmare to think of moving back to the mainland."

Most importantly, Gail said, "our life belongs to us, and that is the beautiful part of this whole thing."