One popular position on trade is to "level the playing field."

I'm not always sure what that means, but I'm in favor of it.

Any intention to level the playing field starts with a simple realization -- that rules of trade can favor one outcome over another. For instance, our current free trade policies tip the playing field steeply in favor of more imports, and movement of production to low-wage countries. This is good for multinational businesses and investors, but bad for workers and communities. Trade agreements spell out investor rights in fine detail, while pushing aside environmental conditions, labor rights, human rights and public health. 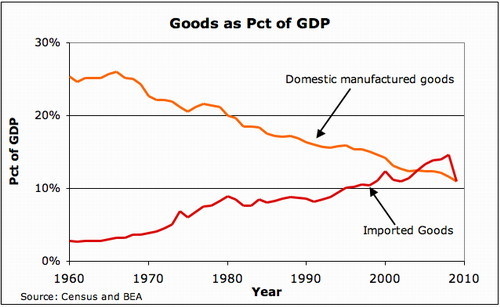 Fig. 1 Our trade policies are tipped in favor of imports and against domestic industry.

To level the playing field, we should set rules that will encourage more investment in America, and neutralize the flow of new investment offshore. Andy Grove suggests a financial approach, which is certainly needed.

We will also need non-economic principles and rules.

Consider one simple non-economic example. In America, we don't allow domestic companies to make goods in sweatshops. It's only fair that we level the playing field in that respect, by insisting on sweat-free goods when selling in our domestic market. If domestic manufacturers are responsible and play by rules that reflect our values, then at the very least, we should protect those local businesses from being undercut by foreign producers working to lower standards.

We should discourage imported goods that pollute, expose their workers to toxins, and poison surrounding communities. It is self-defeating to hold domestic industry to high social standards, but let their foreign competitors undercut them in our own domestic markets.

The WTO and NAFTA trade rules work the opposite way. Under free trade rules, a cookie is a cookie. If we buy one cookie, we can buy any cookie, even if a domestically produced cookie complies with high safety and sanitary standards, and an imported cookie is made under conditions we abhor and prohibit. WTO rules directly oppose the idea that imported goods should meet higher environmental conditions, health, safety, worker rights or any other social standard.

To an economist, the WTO creates a level playing field -- one where only economic measures count. To a mother feeding her child, WTO rules tip the playing field steeply down to the lowest standards for health, safety, and human rights.

The economic result is fairly clear. Production will move to countries with lower standards. 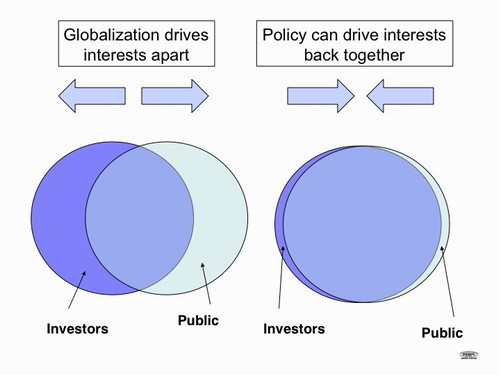 When we debated WTO and NAFTA in the early 90's, free trade advocates argued that free market forces would serve humanitarian goals. We were assured that free market ideals would inspire developing countries to raise living standards, converging with ours. I didn't believe that in 1993, and I don't see it happening now.

More likely, causality works the other way; lower standards in countries with weak institutions of civil society will pull our standards down.

How do we level that playing field?

First of all, we need new principles for trade agreements. A cookie is not just a cookie. It does matter how fish are caught, trees are harvested, and coal is mined. Working conditions do matter in factories where iPhones and Dell computers are manufactured.

All products sold in America should comply with the same basic standards, whether manufactured domestically or imported from abroad. That's one playing field (among many) that should be leveled.

The TRADE Act (HR 3012/S.2821), introduced in Congress, takes the first steps in that direction. The House version has over 140 co-sponsors.

Really, this would represent a major shift in trade policy. We should stop pursuing maximum possible trade at any social cost, de-industrializing our domestic economy in the process.