It only takes a mile to bring people together--a mural mile. Los Angeles muralist Levi Ponce has demonstrated this for over a year as he revitalizes the streets of his hometown, Pacoima, with the help of the entire community.

The 25-year-old studied animation at California State University Northridge but returned to spruce up the streets where he grew up. Ponce’s passion for murals began with helping his Salvadoran father who also painted locally, but he's expanded his artistic legacy to benefit his community.

“I’m a muralist but I think my biggest strength is being able to bring the community together to create something beautiful,” Ponce told Los Angeles’ Fox 11 News. “I allow everyone to participate, children walking by, delinquent kids, adults, the homeless. Everybody comes together to make this happen and I think that’s my biggest accomplishment, being able to rally the troops. (Watch The Video Above)

According to NBC Latino, the young artist started painting murals in 2011 and now boasts over 30 works of art along what many are calling “the mural mile.”

Motivated by the need to shed Pacoima's crime-ridden reputation -- known also as the home to Danny Trejo’s criminal past before turning to acting -- Ponce wanted to show that his “underrated” community had more to offer. Incidentally, gang members have not only contributed to the artwork but helped preserve its beauty.

“It really changes their attitudes,” Ponce told NBC Latino. “The same people that would graffiti my mural are the same people who go around at night protecting it.”

The artist’s work features Pocoima natives like Trejo and Ritchie Valens, as well as influences from the areas’ Chicano culture. Masterpieces like Johannes Vermeer’s Girl With The Pearl Earring and Da Vinci’s Mona Lisa also appear along San Fernando Valley's Van Nuys Boulevard -- but always with a twist.

Check out some of Ponce’s murals below and go to the artist’s page here. 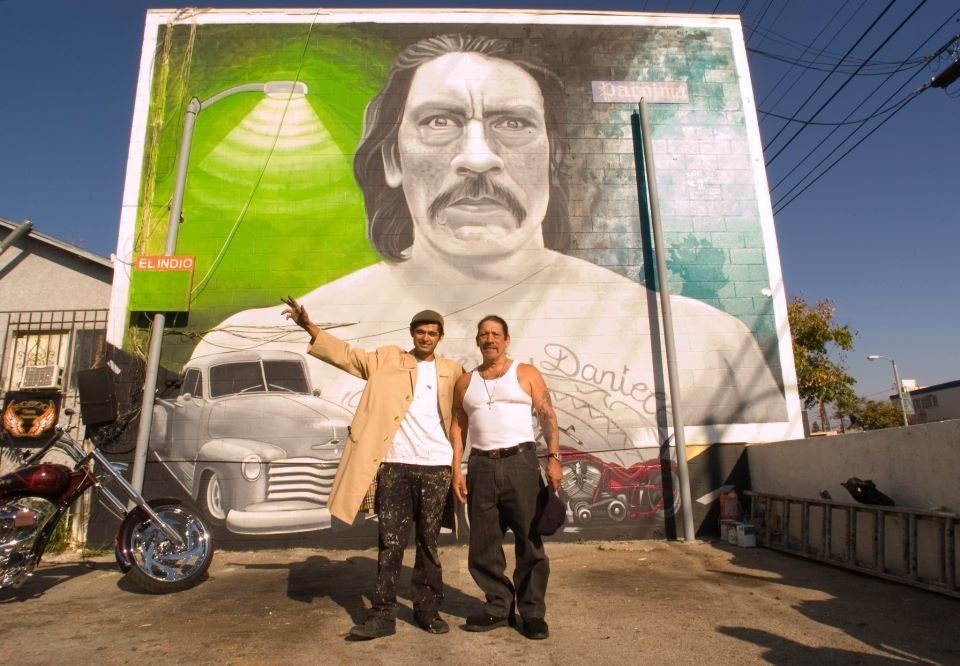