As part of their workwear promotion, jeans maker Levi's have started a series of workshop programs to engage the local communities. It's part of the company's Go Forth marketing campaign where it hopes to pay homage to the principles of hard work and civic engagement. The aim is to help people experience rather than be told about the values of the denim brand.

PSFK stumbled upon the temporary print shop on Valencia Street in San Francisco's Mission district on a recent visit to the city and we were lucky enough to arrange a tour the next day by the Levi's Workshops Programming Director Adam Katz.

Katz is an independent creative that works with brands to develop what he calls sincere experiences for people. As the company was founded on Sacramento Street in 1853, Levi's already has a strong affiliation with the city. Katz and his team wanted to create something that was socially elevated where artists and the brand could come together without compromise. 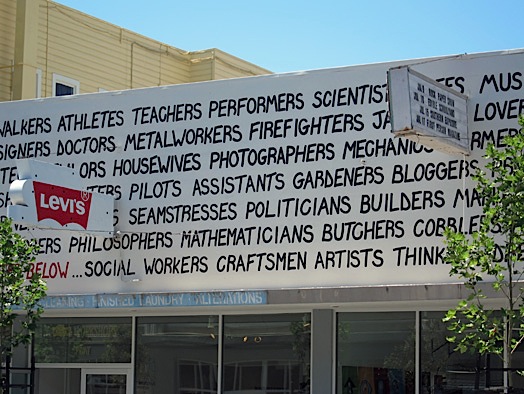 Throughout the workshops are various printing presses, screen printing and even a photocopier. Katz explained:

"The copier is just as valid as the older machines. We aren't here to fetishize older machinery. We are here to work. Much of the preparation is done on Apple Macs." 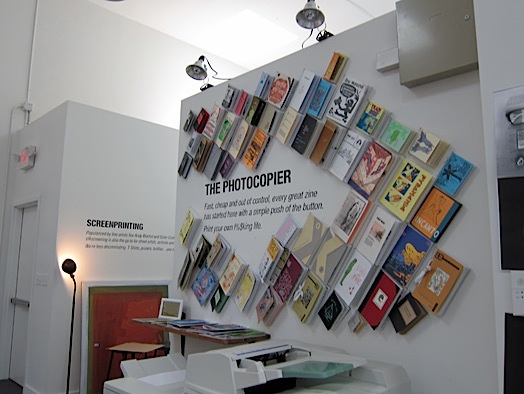 The aim here is to work with local artists and collaborators to execute craft and introduce print work to the neighborhood. Collaborators are working with the teams at the workshop to produce community based projects. The chef Alice Waters is creating posters for the Edible Schoolyard project; web entrepreneur Craig Newmark is working on a public domain remix project; and the San Francisco Giants have worked with Shepard Fairey on producing cards where football players explain to a young audience their charitable work off the pitch and in various communities.

While the public can watch the work being done on Tuesdays through to Saturdays, on Sundays they can take a bench and work on their own printing projects. There are also various workshops for people to attend.

This originally appeared on PSFK