I swear, lambs are totally nuts! One day, I biked along a meadow, when I suddenly witnessed some strange white movements from the corner of my eye. Some lambs were jumping around like crazy, and for a moment I wondered if they might be suffering Mad Sheep Disease. After watching them for a while I discovered at least some logic though. Their game was a bit rough, but they seemed to have their own lamb rules and associated lamb logic.

1. Lamb Stacking
Taking a firm mother sheep as a solid base, a nice lamb stack can be built, up to ten lambs high!

Goal: stacking as many lambs on one sheep as possible. 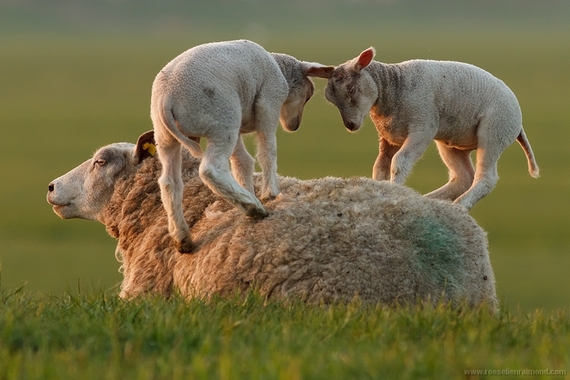 Building a solid base for the Lamb Stack 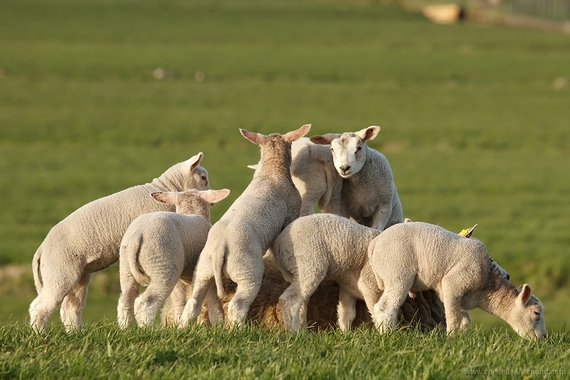 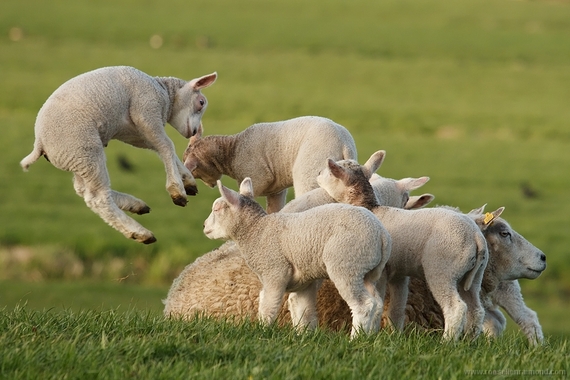 There´s enough space for many more lambs. Eventually it became a tower of 7 (!) lambs. Unfortunately it crashed prematurely, so I couldn't take a photo.

2. Leap Lambing / Leap sheeping
Mother plays 'frog' by laying motionless, while the kids jump simultaneously or by turns over her.

Her head can be used to jump even higher. 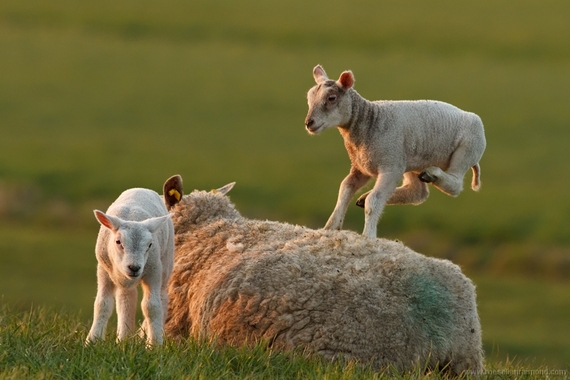 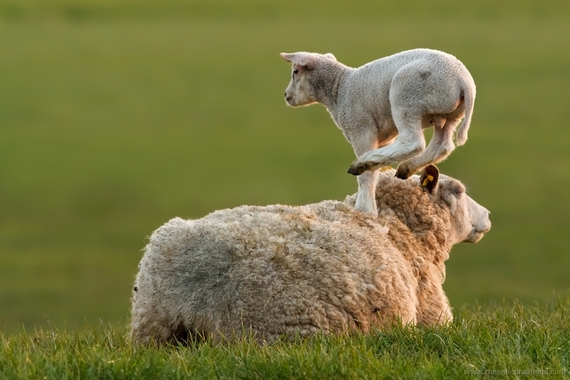 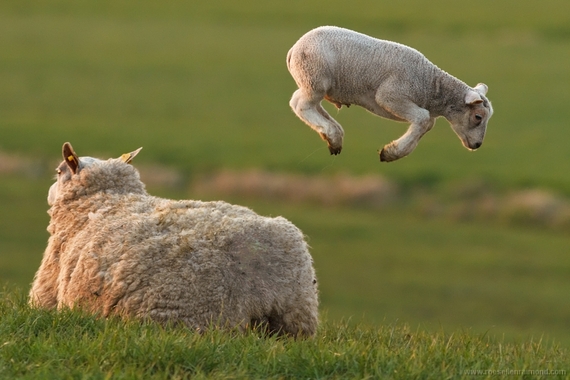 An A for landing!

3. Levitating Lamb
The rules are very simple: Everything is allowed as long as your paws don't touch the ground. Screw gravity! 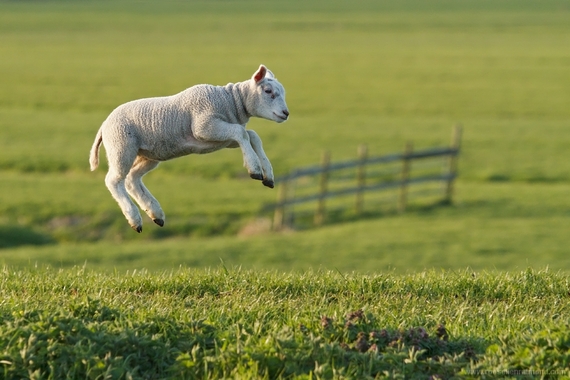 Calmly hovering through the meadow 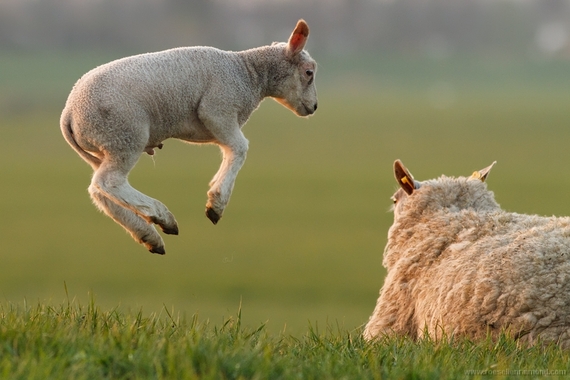 Just floating over the mother sheep 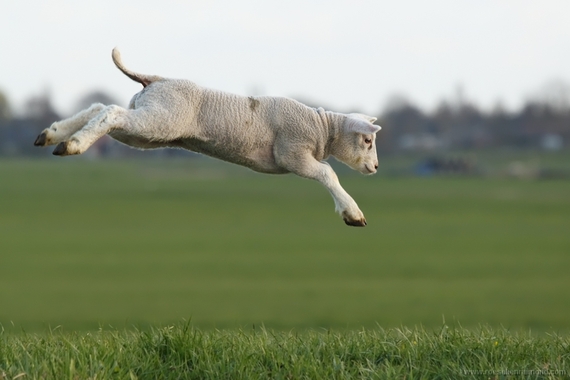 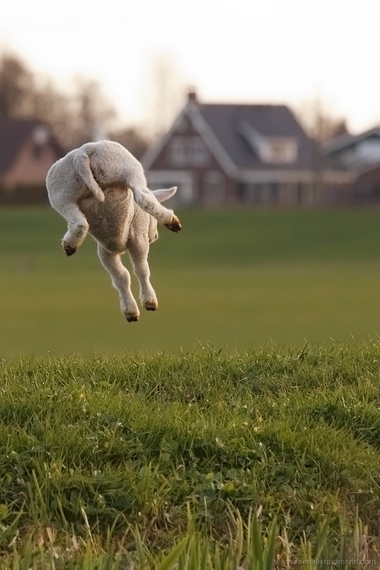 And when the sun goes down, you just float quietly to the stable. Tomorrow is yet another day full of new jumps!

There's only one thing I just can't put my finger on: How does such a cute and enthusiastic lamb transform in a kinda boring sweater on legs...? Where in the process from lamb to sheep does it go wrong...?