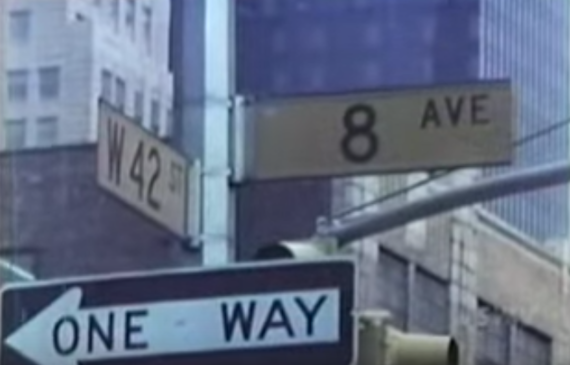 When I was growing up, Times Square was a seedy place full of adult movie theaters, greasy fast food joints, video game arcades and souvenir shops that - open secret -- also made and sold fake IDs.

In the early 90s, started under Mayor David Dinkins and continued under his successor Rudy Giuliani, the makeover began and all those mom and pop businesses were swept away, replaced by big chain stores and restaurants and media headquarters for Reuters, MTV, ABC and Conde Nast.

Mayor Michael Bloomberg took the beautification a step further in his reign, sealing off a large section of Broadway to traffic and creating a place for tourists to dine, hang out between shopping and matinees and take in the view and excitement from the Crossroads of the World.

Now, the Square is once again in danger of becoming the kind of place you can't take your kids. It started with the aggressive panhandlers in Elmo costumes, some of whom have displayed unstable and even violent behavior. But even when they behave it's a nuisance to traverse the area when every four feet a costumed character wants to snap a picture with you for a buck. Mayor Bloomberg wisely recognized the legal reality that you can't stop people from free commerce or dressing any way they please, and pretty much left the situation alone.

Now comes the scantily clad women who make Vegas showgirls look overdressed. Perhaps inspired by the novelty of the Naked Cowboy, who has been raking in the dough for years (not in fact fully naked), an influx of entrepreneurial women are taking advantage of a 1992 state court decision that there is no fundamental difference between a man or women going shirtless in public. Parents of small children who feel otherwise may enter the area at their own risk.

It's not just a matter of protecting young eyes. One of the women was reportedly arrested on Sept. 2 on drug and prostitution charges hours after a man accused two others of stealing his wallet. With complaints pouring into City Hall, Mayor Bill de Blasio has decried the situation and even put together a task force to address the problem.

Good luck. Since they are breaking no law, any effort to remove or restrict the women or their overdressed Muppet or superhero counterparts will land the city in court, bringing us back to the days when Mayor Giuliani frequently fought losing battles with civil liberties groups. The women can easily declare themselves performance artists and invoke their Constitutional right to free speech, commerce and assembly.

Bill de Blasio may also see fit to reopen the Square to traffic and let cabs and buses do his dirty work.

But there's a better way to address the problem: Let them work. But make it expensive. After all, the main appeal of this kind of work is the low overhead.

As we know all too well, the city can tax and regulate almost anything it wants. It already taxes hotels, taxis and street vendors. What if the performers had to get on waiting list for a limited number of permits, with a fee and taxes? Every street vendor in NYC does.

Right now the performance artists are only subject to personal income tax on their earnings. To get their permit renewed, they'd have to show they met their tax obligations.

Bill de Blasio and City Council should earmark the proceeds for specific and related purposes. How about paying for the increased sanitation and police service necessitated by the upswing in tourist activity thanks to these performance artists.

My City Council sources tell me there is no reason this scenario can't happen. All it would take is appropriate legislation, required registration of the vendors/artists/panhandlers or whatever you want to call them, and then collection. So instead of cops chasing them away or sticking them in penned off areas, the city could just send a team of tax collectors to make sure everyone is paying their share.

Shave 20 percent off the day's cash earnings, and I can almost guarantee you this pesky population of performers will trickle down in no time. Here's a chance for bureaucracy to improve quality of life, for a change.

This won't happen any time soon, since nothing gets passed in City Hall without vigorous debate (as it should be), a bunch of partisan bickering and obstruction and perhaps a lawsuit or two. (Remember, Bloomberg couldn't quite get his soda ban passed.)

But in the interim there is one unstoppable force waiting in the wings in the coming months that is guaranteed, at least for the short term, to remove the naked nuisance from Times Square and bring some modesty back.

About the author:
Eli Verschleiser is a financier, real estate developer, and investor in commercial real estate. In his Philanthropy, Mr. Verschleiser is a board member of the American Jewish Congress, Co-Founder of Magenu.org, & President for OurPlace, a non-profit organization that provides support, shelter, and counseling for troubled Jewish youth.

Mr. Verschleiser is a frequent commentator on political and social services matters.