This week’s installment the Huffington Post Gay Voices RaiseAChild.US “Let Love Define Family™” series looks at the health and well-being of children raised by LGBT parents, the impact of those children’s voices on the visibility of same-sex headed households and the growing number of victories in the marriage equality movement.

When the Supreme Court heard the Proposition 8 case in 2013, Justice Anthony Kennedy wondered aloud, “There are some 40,000 children in California…that live with same-sex parents. They want their parents to have full recognition and full status. The voice of these children is important, don’t you think?” Though Kennedy himself was not favorable toward the marriage equality movement, his comment helped the movement by bringing to the forefront of national discussion the idea that marriage equality is about families -- not simply couples.

At RaiseAChild.US we have found that one of prospective parents’ foremost concerns is about the welfare of the children they foster or adopt as LGBT parents. In addition to a growing body of research that shows children of gay and lesbian parents do equally as their peers with straight parents, the children themselves are maturing and becoming increasingly vocal -- on the playground or campus and in the media. What they say should be reassuring to all LGBT prospective parents.

The 16-year-old daughter Emily Schall-Townley, the daughter of plaintiffs Carol Schall and Mary Townley of Virginia in the Bostic marriage equality case led by the American Foundation for Equal Rights (AFER), spoke confidently to the press about her viewpoint. After an appeals court hearing, Emily asserted that she “has been and continues to be raised in a loving, nurturing and supportive family.”

At age 19, Zach Wahls famously spoke before the Iowa House Judiciary Committee on behalf of his lesbian moms when the state was considering a constitutional ban on marriage for same-sex couples. He also addressed a national audience at the Democratic Convention in 2011. His statement, “The sexual orientation of my parents has had zero effect on the content of my character,” captured on film, became YouTube’s No. 1 political video of 2011. 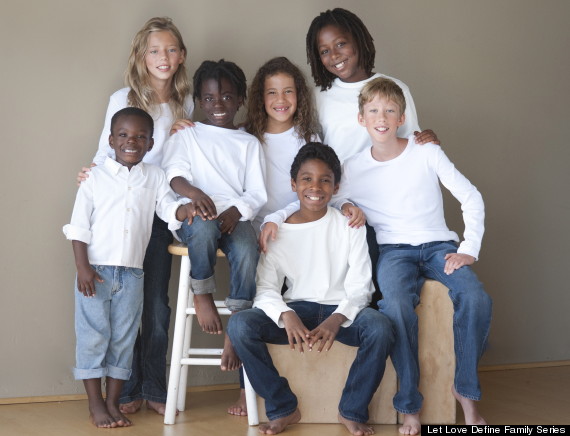 Zach and Emily are the high-profile children of LGBT parents. But hundreds of thousands of similar children across the country are changing hearts and minds -- just as the forerunners of the LGBT rights movement did -- by simply, honestly and openly living their lives. As people across the country have begun to realize that LGBT people and their children are their family, friends and neighbors, they have come to understand that LGBT-headed families are already part of the fabric of the larger community and they have become less frightened of what before had seemed like an abstract concept.

“Growing up with lesbian moms has been the most normal thing to ever happen to me, honestly,” said Katie Hershey van Horn, 19, now a freshman at University of Hawaii. “It’s so brutally normal! I have to do chores around the house, walk our dog, feed our cats and do my own laundry. I was raised like any other kid: always say ‘please’ and ‘thank you,’ don’t put your elbows on the table, and don’t litter!”

Twenty-two-year-old Michael Arden-Sonego is studying to become a firefighter.

“When the social worker told me that the couple that wanted to adopt my brothers and me was two men, she waited for some reaction, but I didn’t care,” Michael recalled. “I just wanted to live somewhere I could call home, somewhere where I could finally relax and know my brothers and I were going to be taken care of. Besides new parents we got a big family with cousins, grandparents, aunts, uncles and four dogs. My parents are good-hearted people who have worked hard to give us many opportunities and I am very grateful to have them as parents.”

Rachele Yaseen-Polanski, 44, of Claremont, California grew up in Colorado. When she was two years old her parents divorced and Rachele spent part of her time with her father and his new wife and part with her mother and her mother’s girlfriend.

“It was just normal,” said Rachelle. “I never knew any different. But my mother and her girlfriend both could have gotten fired in Colorado if their employers found out they were gay so they weren’t out -- except to friends and family.”

Still, Rachele felt very comfortable in school being open about her family configuration. When she was in high school, the parents of some of her friends did not allow them to visit her house, although she was welcome at theirs. Rachele took it in stride.

“It wasn’t a reflection on my mother’s parenting,” she said. “I wasn’t embarrassed. I was proud of her.”

Studies have shown that children with lesbian and gay parents do as well other children raised by heterosexual parents. Nanette Gartrell, MD, who is currently a Visiting Distinguished Scholar at The Williams Institute at UCLA School of Law, draws on research from the U.S. National Longitudinal Lesbian Family Study in 1986, which she established.

Adam Umhoefer believes that children of LGBT parents have been instrumental in the success of the movement for marriage equality. As the executive director of AFER, Umhoefer has been a leader in the fight against California’s Proposition 8 and in marriage equality efforts around the country.

“The voices and stories of these families help us change minds and win decisive victories all across the United States,” said Umhoefer. “Telling the stories of children of gay and lesbian parents has been critical in achieving success in the fight for equality. Stories like these only prove that denying equality to gay and lesbian couples also denies justice to countless children across the country.”

When Daniel Martinez-Leffew of California, then age 12, heard that Supreme Court Justice John Roberts had two adopted children, he wrote to him to ask for his support for marriage equality. Martinez-Leffew and his sister were adopted by a male couple when he was five years old and she was almost one year old. He had been labeled unadoptable because of his Goldenhar Syndrome.

“I was lucky to be adopted by two guys I can both call ‘Dad,’” he wrote to Roberts. “They give me and my sister so much love…. It’s important that all families are protected and valued. In our country, we may not all be the same but we are all Americans who deserve an equal chance at bettering our lives.”