Comic books have made a fascinating forum for the real-life strides and setbacks of LGBT rights, from antagonism to acceptance. Despite the dark days of accusations against Batman and Robin in the 1950s, in the decades since we've celebrated the triumphs of a transgender "Runaways" character, Alison Bechdel's graphic memoir challenging notions of male and female sexuality and much more. As we celebrate Pride Month, we highlight 10 key moments that showcase how LGBT characters and creators have expanded the world of comics. 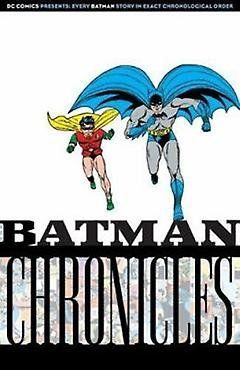 1 / 10
Batman Chronicles: VOL 02
<strong>Batman under scrutiny</strong>: Prior decades have seen an uproar about LGBT content in comics arising long before anyone even thought to put a gay character in a comic book. Thanks to the Lavender scare and<a href="http://www.bookish.com/authors/fredric-wertham/3a37c163-f47c-41d4-a3e7-ce0468337a4c" target="_blank"> Fredric Wertham's "Seduction of the Innocent"</a> in the 1950s, adversaries of the medium had turned their sights on Batman and Robin. In the ongoing battle against violence and sexual themes in comics, opponents assumed that this crime-fighting duo were "homosexual lovers." The public outcry and eventual intervention from the U.S. Senate meant that mainstream publishers had to adhere to the Comics Code Authority, a list of strict rules banning just about everything from profanity to vampires. For those carrying the seal on their comics, any mention of LGBT culture was forbidden until 1989.