For LGBT people and those who love and care about them, it was a day that will long be remembered and celebrated. On June 26, 2013, the U.S. Supreme Court issued a landmark ruling striking down the Defense of Marriage Act (DOMA), which had barred the federal government from recognizing same-sex marriages performed in states that permit them. The reason: the court declared that DOMA was an unconstitutional violation of the Fifth Amendment.

Front and center in the debate was an older woman, Edie Windsor, age 84, who lost her spouse, Thea Spyer, in 2009. After 40 years together, her death was difficult, but then came the next blow: a bill for $363,000 in federal estate taxes that Edie would not have had to pay if, as she put it, "Thea was Theo." Edie sued the U.S. government and won. Her case changed history.

Many communities are starting to focus on becoming more age friendly -- becoming great places not only to grow up but also to grow old. This is wonderful and much needed. But how do we ensure that they also become more LGBT aging friendly? The challenges can seem formidable, since they include health care, services, transportation, long-term care, and housing.

The National Resource Center on LGBT Aging is a comprehensive, federally-supported resource on many topics and is the best place to start the search for information. For organizations serving seniors, the Center offers cultural competency training to help staff better understand and serve their LGBT clients. The Services and Advocacy for GLBT Elders (SAGE) program in Harlem is an excellent example of integrating services on a local level to reach LGBT seniors in a diverse community.

Recognizing that specialized LGBT-specific housing will never be able to meet the needs (or even desires) of most seniors, innovative programs such as openhouse in San Francisco provide both housing and services that focus on the needs of this population.

Given all the challenges, it may seem paradoxical that LGBT baby boomers are optimistic about aging. In many ways, the fight for acceptance that LGBT people in this age group have faced has made them better equipped to advocate for themselves and those they love.

It also highlights the fact that all LGBT people are not the same -- they have different financial resources, some are couples but many are not, and they have been affected by different life experiences. Boomers are part of the first "post-Stonewall" generation to reach retirement. Not only did they become adults during the tumultuous 1960s, they have also gone through the searing experience of AIDS, are more likely to have spent much of their adult lives out of the closet, and have lived to see LGBT acceptance at a level unimagined even 10 years ago. Some in an older generation are still less comfortable with this level of visibility, although the example of Edie Windsor reminds us that no stereotype applies to any group equally.

The Supreme Court decision was historic but Edie Windsor reminds us that at its heart, it is personal as well. In her moment of joy, she remembered the person she lost: "If I had to survive Thea, what a glorious way to do it." [Watch Edie Windsor's remarks.] Hopefully, we are one step closer to making her dream a reality for all people. 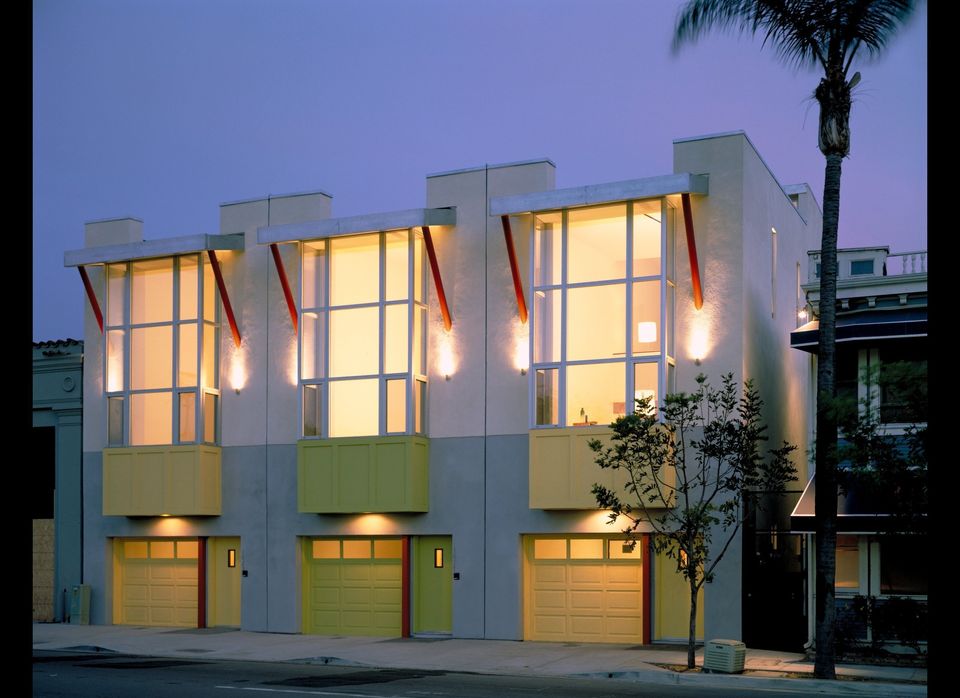 1 / 16
Bistro Living
"3 In A Row" in downtown San Diego exemplifies "bistro living" at its best. The baby boomers who live here are liberated from the maintenance of a single-family home and yard, and can walk to work and the city's prime attractions. The homes are also affordable.
David Hewitt & Anne Garrison Architectural Photography