A rally is scheduled to take place on Monday in New York City and will also serve as the launching of a new campaign to fight homelessness among young people in the lesbian, gay, bisexual and transgender (LGBT) community.

The "National Campaign for Youth Shelter" is a joint, GLAAD-endorsed venture between The Ali Forney Center and the National Coalition for the Homeless that aims to generate tangible results for LGBT homeless youth. On this Monday, June 2, the organizations will sponsor the LGBT Rally for Homeless Youth as a way to launch this campaign.

Queer youth are disproportionately affected by homelessness, with as much as 40 percent of the nation's homeless youth identifying as LGBT while only 5 percent of the overall youth population is LGBT. 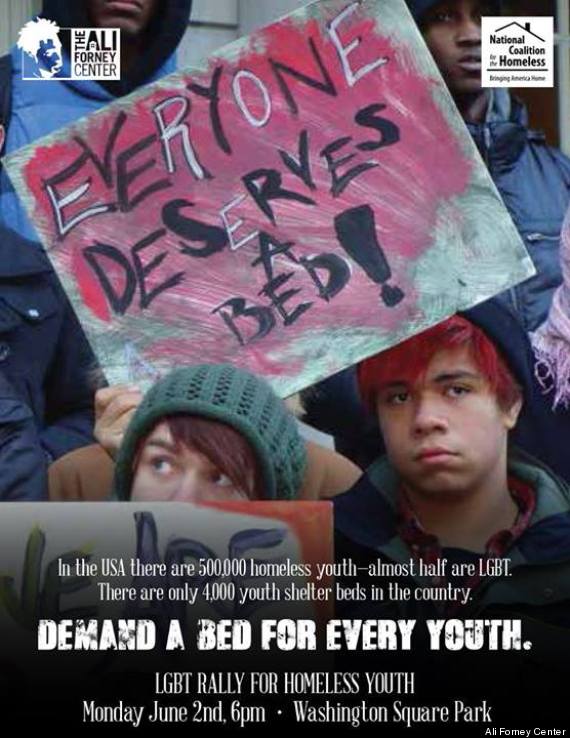 "I am thrilled that so many heroes and icons of the movement for LGBT equality have agreed to come together to demand that our homeless youth, and all homeless youth, must be better protected by our nation" Carl Siciliano, Executive Director of the Ali Forney Center, said in a statement. "And I hope that this rally will mark a turning point where the LGBT movement finally prioritizes the fight against the epidemic of LGBT youth homelessness."

According to a statement, the goals of the "National Campaign for Youth Shelter" include, "A federal commitment to provide all youths age 24 and under with immediate access to safe shelter... An immediate commitment to add 22,000 beds... and A more accurate and comprehensive effort to count the number of homeless youth in the nation in order to determine the number of beds that are needed over the next decade."

A second rally is also scheduled to take place in Washington D.C. later this year. For more information on the "National Campaign for Youth Shelter" and this Monday's rally head here.