Each week HuffPost Gay Voices, in a partnership with bloggers Liz Margolies and Scout, brings you a round up of some of the biggest LGBT wellness stories from the past seven days. For more LGBT Wellness, visit our page dedicated to the topic here. 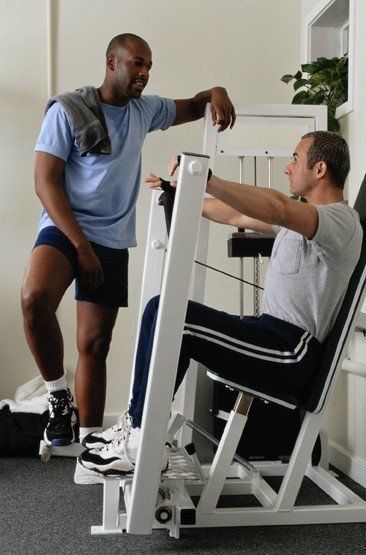 1 / 6
SURVEY SAYS...
The National Health Interview Survey reported on health behavior and outcomes for adults by gender, and <a href="http://thinkprogress.org/lgbt/2014/07/15/3460159/national-health-survey-includes-sexual-orientation-question-for-first-time-ever/" target="_blank">for the first time</a> asked about sexual orientation (but not transgender status) and found some of the usual suspects: LGBT folks smoke and drink more, experience more psychological distress, but also are more likely to <a href="http://www.medicaldaily.com/gays-lesbians-practice-healthy-and-unhealthy-behaviors-you-cant-say-they-have-poorer-overall-health" target="_blank">have health insurance</a>, be up to date on vaccines, and among gay men, <a href="http://dailydigestnews.com/2014/07/cdc-2-3-percent-of-population-identifies-as-gay-or-bisexual/" target="_blank">are more likely to exercise</a>; unfortunately most media focused on the measure that <a href="http://www.cdc.gov/nchs/data/nhsr/nhsr077.pdf" target="_blank">this survey reported</a> which stated <a href="https://www.huffpost.com/entry/health-survey-americans-gay_n_5587696?utm_hp_ref=lgbt-wellness" target="_blank">only about 2% of adults identify as LGB</a>, (which was not the most important point; this survey was given in person, and Queer was not a category, people may have underreported LGB status.
Getty Images