We Are the Youth is a photographic journalism project chronicling the individual stories of lesbian, gay, bisexual and transgender (LGBT) youth in the United States. Through photographic portraits and "as told to" interviews in the participants' own voices, We Are the Youth captures the incredible diversity and uniqueness among the LGBT youth population. We Are the Youth addresses the lack of visibility of LGBT young people by providing a space to share stories in an honest and respectful way. Below is the story of Natasha.

By Natasha, as told to Diana Scholl 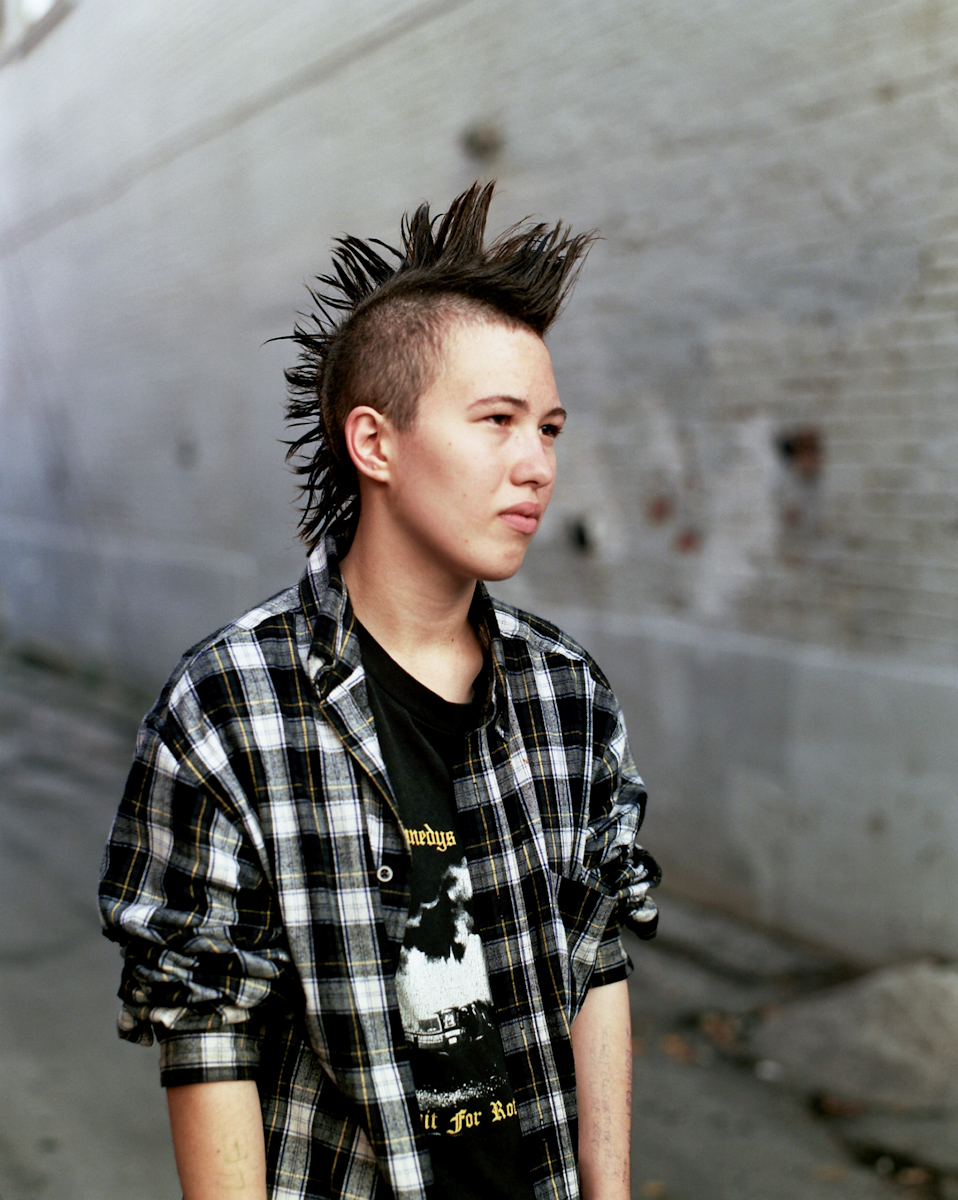 I was raised by two people that were part of the punk scene here, so I was raised listening to the Ramones and the Clash and stuff like that. But the first band I got into on my own was the Dead Kennedys, so they're really important to me.

My dad was a drummer in a punk band, and my mom never played many instruments, but she was at shows a lot. I think they're proud of me. My mom works weekends, but my dad is usually at our shows. Sometimes he's like, "You should do it like this!" And, you know, sometimes I get weirded out by the fact that I might be following in my parents' footsteps.

I started playing the drumset in seventh grade. We started our band ConeTrauma in March or April of last year, and it's just been going really, really fast. We started, and then a few weeks after that we got our first show. We've had a show pretty much once a month since then.

I want us to be well-known within the scene and be able to play around the country. My aspiration is to try and make it so we can start up a scene again and have high-schoolers going to shows, because they don't do that anymore. Kids don't look at posters or know what's going on. So that's an aspiration that one day we can get a bunch of high-school bands and get them together and form an actual scene again instead of being disjointed.

I don't think I could date someone that's into completely different types of music than me. If there was a gay girl that liked me and was into the same music and stuff and maybe played an instrument, I would probably be interested.

On the attraction level I'm way more attracted to girls. Once in awhile I will be attracted to a guy, but it would be really hard for me to date one, with the things that have happened to me and stuff like that. It's to the point where it used to be I couldn't even hug guys, because it felt so horrible to me.

I was sort of abused by someone in an unusual way with lots of sexual overtones.

And it just makes me feel really bad that I'm just proving the people right; people always say queer girls were abused and stuff like that. It makes me feel like I'm proving a stereotype.

I am working through my feelings about this through music and stuff like that. Art and music are just usually the way that I have to deal with things that happen to me.