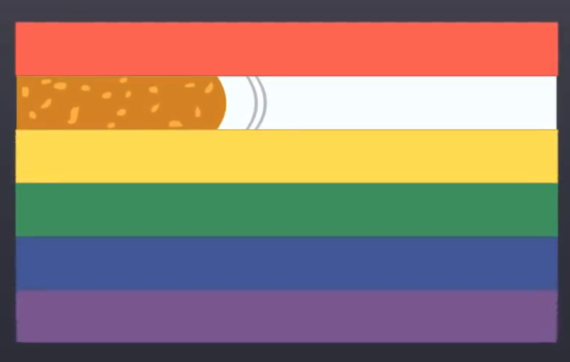 I've worked in the field of LGBTQ health my whole adult life. Frankly, considering the depth of our disparities, I felt that I would have job security forever. After a careful analysis of the latest federal LGBTQ surveillance data, I'm extremely pleased to announce that the unthinkable has indeed occurred: LGBTQ health disparities have been completely eliminated.

This is not to say that we no longer have any health problems. We simply no longer carry an additional toll on our health caused by years of stigma, invisibility, and intolerance.

Take the example of my friend JoJo, a young woman who identifies as both trans and bi. When she first realized she was different in her small Alabama town, she had to tell her parents. While her parents were at first shocked, with help from both the school officials and church elders, they soon became not only educated about their new daughter but warmly accepting of her. Their family doctor was more than willing to research appropriate care, including delaying puberty, and later, referral to an appropriate surgeon. Of course, her surgeries were covered by insurance, but by then she had been living as female for years. Now, JoJo did end up starting to smoke, but not because she learned it by watching her LGBTQ elders; she picked it up from her parents. All throughout her teen years, the local LGBTQ community center youth group was her anchor, where she met other #girlslikeus, and where she started learning about the LGBTQ resources in all the bigger cities.

Sadly, when JoJo was 26, she got oral cancer. As scared as she was, she went to her first oncologist and knew she'd found a doctor she could really trust. JoJo's friends, family, church, and community rallied around her as she went through treatment. She even had her ex-lovers at her bedside. Her hospital didn't have a dedicated LGBTQ cancer support group since it's such a rural area, but her state had created an online support group she says has been a lifesaver.

JoJo's experience going through cancer has been harrowing, but it's a year later now, and she's symptom-free. With the help of many, JoJo has survived and thrived.

It's incredible, but the facts are irrefutable. After data from every surveillance system and the Census have been analyzed, our community's health markers have increased on every single health issue. Among them:

In short, the latest studies show that LGBTQ people are high-functioning, emotionally well-adjusted, and welcomed in our communities.

This wholesale elimination of decades of health disparities is not all because the president finally appointed an openly queer Secretary of Health and Human Services (HHS). Advocates worked tirelessly for years to enact system changes that would bring this about. For example:

The shift in our acceptance in popular culture has been a big push too. The Laverne Cox and Beyoncé reality show a few years ago wasn't just great fun to watch; it was the reason so many new allies stood up to support our civil rights.

Thank you to the many people at every level who demanded fair treatment for us in the health world.

Now I just need to find my next career.