Jack Fertig, a converted Muslim, doesn't mind going to holiday parties in December. He was formerly Catholic, so he knows about Christmas. And he grew up half Jewish, loving potato latkes, so the Hanukkah parties are all right, even preferred.

The San Francisco-based astrologer said he approaches the parties as a time to celebrate peace and togetherness, even though being Muslim and gay is isn't usually reflected in the holiday movies and sparkling decorations.

Despite increased awareness, parties and worship services have not always been welcoming to the LGBTQ community. Advocacy groups, cultural organizations and mainstream religious institutions have stepped in to ensure safe spaces to worship, especially at a time when the holidays are on almost every American's mind.

Park Avenue Christian Church, often called The Park, is listed on the gay-affirming institution directory on a website for gay Christians, GayChurch.com. Rev. Jennifer Kottler, the Park's associate pastor, estimates that about 25 percent of the 175-person congregation identifies as LGBTQ.

Built in 1945, The Park describes itself as "one of the most vibrant and progressive communities of faith in New York City," according to the website. It has done outreach to the gay community since the early 1990s, a decision that Kottler said "was never a question."

From the stories she has heard, Kottler said that not all New York churches are safe spaces, and gay members of The Park's congregation have told her they feel some trepidation about walking into a church without prior research.

The search for places to worship sometimes leads people to organizations like Keshet, an advocacy group for gay, lesbian, bisexual and transgender Jews and their straight allies with about 14,000 members nationwide, about 2,000 of them in the Boston area. 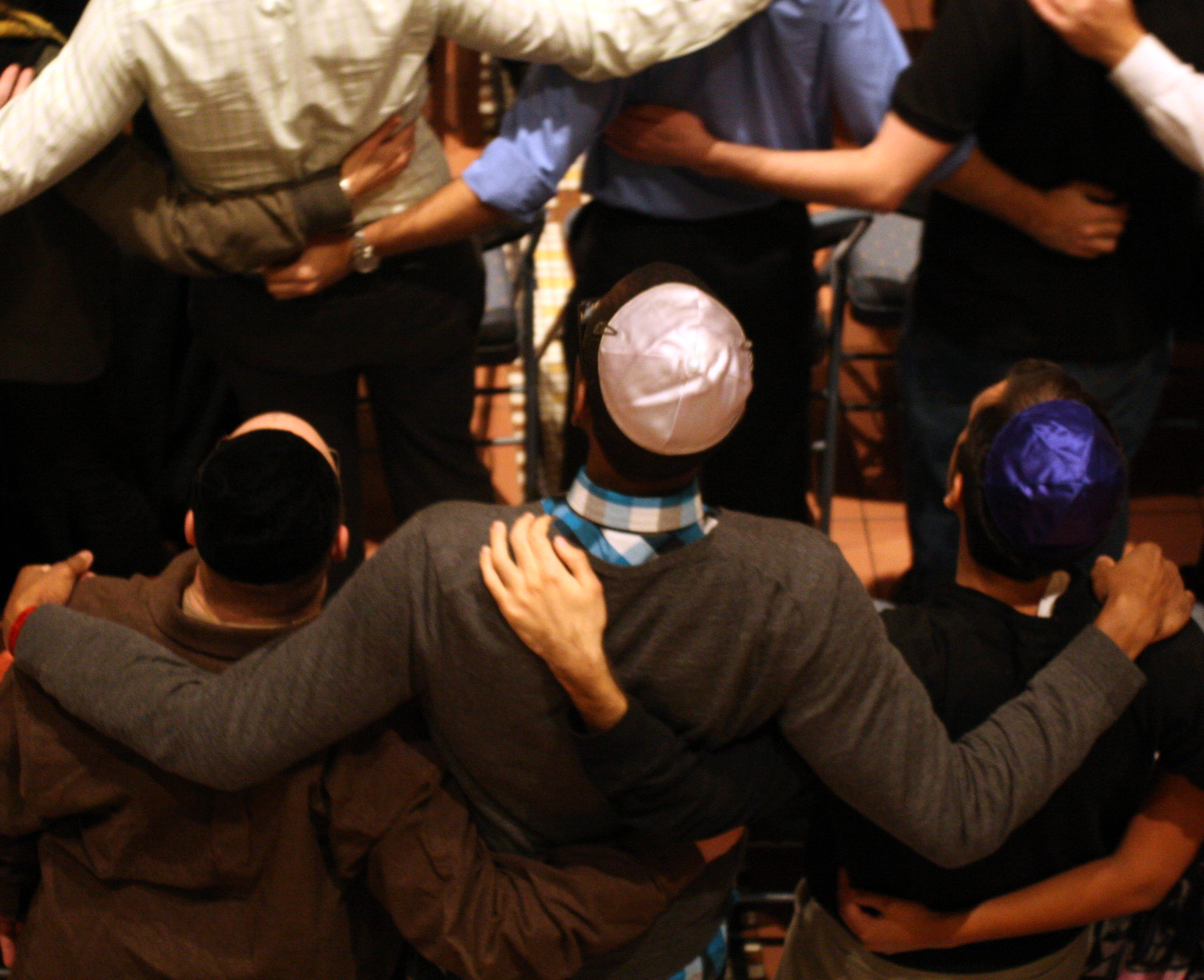 "It's frequent that someone's personal story involves some sort of identity tension between Jewish identity and LGBT identity," said Asher Bruskin, a Keshet community organizer and trainer based in Boston.

He looks for synagogues and community spaces to hold events and parties, often tipped off by the rainbow flag. Keshet rotates the locations of events in the Boston area to make their services available to more people.

Bruskin, who identifies as transgender and gender queer, a term used to include gender identities beyond male and female, experienced the same dilemma between culture and gender identity while growing up in Wisconsin.

He said moving to Madison, and eventually Boston, led to finding a community where he felt comfortable. From his experience, he believes many Jewish people who originally found comfort in their cultural settings suddenly find themselves wondering if an LGBTQ atmosphere is a better fit, and if they will have to choose.

"Keshet was personally really affirming," he said of finding a workplace that allowed him to express both sides of his own identity.

Fertig, who attends Masjid Darussalam in downtown San Francisco, said he has never been asked about his sexual identity at the mosque, although he suspects that any member who has seen his online presence or heard about his political activism might know.

The mosque has participated in interfaith activities, and has a mission to "cultivate a tolerant practice of Islam" and "an American Muslim identity founded on compassion," according to its website.

While finding gay-affirming mosques, and a gay Muslim community, online is more difficult than with other major religious groups, Fertig said it's ethnicity and culture, not religion, that put pressure on gay Muslims.

"I think mosques are very much rooted to their ethnic community and very traditional backgrounds," he said.

Fertig said his own identity as an American convert gave him "less baggage" than many gay Muslims, and didn't prove to be a difficult transition.

At Keshet services, the religious texts have gender-neutral translations, and the traditional roles, such as the lighting of candles, which has historically been performed by women, do not exist. Members use the Chaverim Kol Yisrael siddur, a text developed by The Progressive Chavurah Siddur Committee of Boston, because of the contemporary interpretations.

"It is not explicitly LGBTQ, and it is generally our service leaders who bring in an LGBTQ lens through their kavanot (intentions and teachings)," Bruskin said. "But it gives us an intentionally thoughtful framing."

Not all LGBQT-friendly religious organizations choose to approach their services this way. At The Park, the traditional Scriptures and Gospel is used, and the perspective is key to remaining inclusive.

"We understand Scripture is holy and inspired but it's a book of sacred and historical writing, and we look at those critically," Kottler said.

Navid Ladha, a New York-based Muslim and board member of South Asian Lesbian Gay Association of New York (SALGA-NYC), said some inclusive mosques may change their traditions for services.

While Ladha celebrates Muslim holidays with his family no differently, he said some groups like the Progressive Muslim Association in New York, make small changes in the traditions such as seating the women's section in a mosque side-by-side with the men, rather than behind them. They also translate passages into English.

Fertig said the Quran tells Muslims to explore for themselves, and doesn't need to be adjusted for an LGBTQ population. He said addressing gender can be likened to any debate about modernizing Islam, including reading the Scriptures in English or addressing women's roles.

"The stories are related by people about people, not the word of God," he said. "But some people think we should be living like seventh century Arabs."

As the American holiday season approaches, the LGBTQ community members who have decided to partake in the festivities might be attending their churches, synagogues or mosques. Or they might opt for something focused more on togetherness than one religion.

"Hanukkah is a joyous and celebratory holiday and it's a great excuse to come together," said Bruskin at Keshet.

He predicts that there will be about 75 people at the annual party they will hold on Christmas day, which will include many of the mixed-faith couples affiliated with the organizations. The Denver location will host a holiday part on Dec. 21 dubbed the Chanuqueer Party.

SALGA-NYC members have joined with other local Asian LGBTQ organizations like Q-Wave and the Gay Asian and Pacific Islander Men of New York, GAPIMNY, to host a holiday party on Dec. 16 at Chom Chom on West 56th Street. More than 1,000 people have been invited.

"We are doing something that would interest youth and young people," said Ladha.

At The Park, Kottler expects more than 300 people at each of the three Christmas Eve services later this month. She said the holidays are a time for a lot of people to not only celebrate their biological families, but the ones they have created through community.

"Jesus clearly did not exclude anyone," she said of the inclusive holiday services.