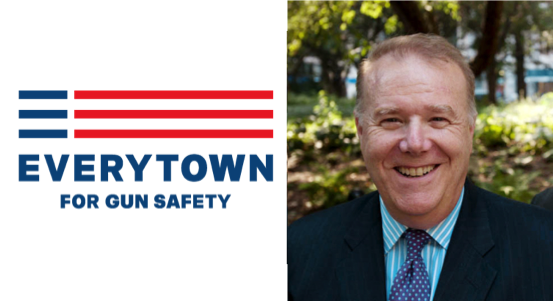 For several years now, John Feinblatt (photo above) has helmed the largest gun control group in the country, Everytown for Gun Safety. Even in his line of work, which involves fighting alongside people who have been victims, or are related to victims, of unspeakable gun violence, Feinblatt was deeply shaken by the events that unfolded at Pulse nightclub in Orlando on June 12 of this year:

"I'm a gay dad," he wrote in a recent op-ed published in The Advocate. "So for me and my husband, Orlando was personal."

Feinblatt, however, has been fighting for sensible gun control policies since well before Orlando. And he has done so alongside other prominent LGBTQ organizations, such as the National LGBTQ Task Force and the National Center for Transgender Equality, and gay rights organizers, such as Zach Silk, Matt McTighe and Mark Glaze -- all veterans of the marriage equality movement who have since moved on to the issue of gun control.

Taking a page out of the successful state-by-state strategy of the marriage equality movement, LGBTQ advocates have helped gun control advocates bring about some small, but notable, successes; a handful of states have passed new gun controls laws in recent years that mandate increased background checks and ban assault weapons.

You might be forgiven for wondering: Orlando aside, why have so many LGBTQ advocates taken up the issue of gun control? Don't we have enough to worry about -- passing anti-discrimination policies and protecting transgender rights to name just a couple -- without focusing our limited time and resources on seemingly extraneous issues?

Statistics, unfortunately, provide a stark justification: According to the FBI, LGBTQ individuals and our families are more frequently the targets of hate crimes than any other minority group. More than 20 percent of victims of gun violence, in fact, identify as LGBTQ -- people of color and transgender individuals, moreover, make up the bulk of this grim figure.

Fighting to end gun violence in the United States, in other words, has long been a gay rights issue; it's been affecting our families for generations. Orlando is simply the latest, the largest, and the most gut-wrenching example of the impact of gun violence on LGBTQ people.

To be sure, the sheer scale of the attack in Orlando has galvanized our community with gusto unmatched in our previous activism on the issue. In the aftermath of the shooting, for instance, a new gun control group, called Gays Against Guns, has formed with the mission of becoming something of a perpetual thorn in the side of the NRA. The nation's largest gay rights organization, the Human Rights Campaign, also recently adopted the fight for stricter gun control laws as part of its official policy platform. 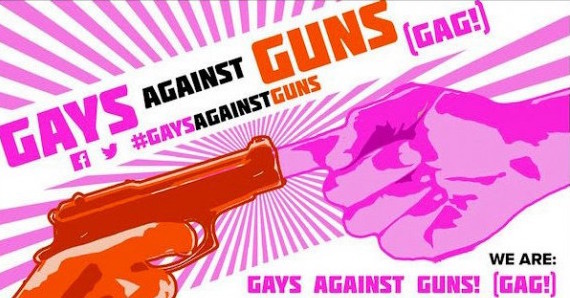 Thanks in part to the activism by gay dads like Feinblatt, there is a palpable sense of hope in the air that sensible gun control legislation might not be so distant after all. It's a feeling not so dissimilar to one many of us held, not so long ago, after the first few successes in the marriage equality movement, when the nation first started to realize that we as LGBTQ people will stop at nothing to protect our families.