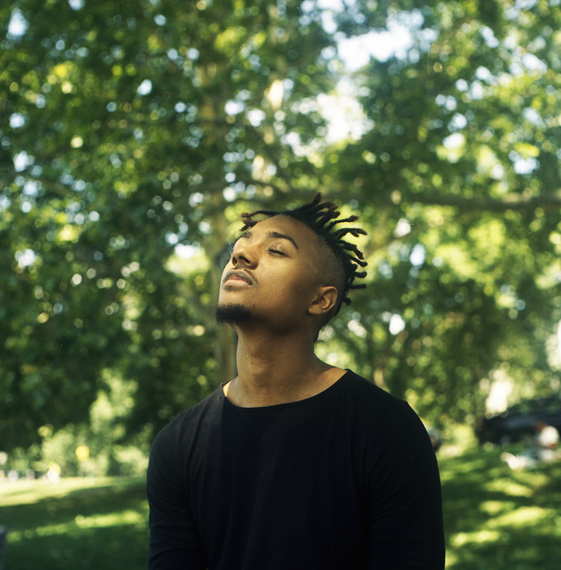 I do not wake up with aspirations of being black or gay. I already am. I wake up with aspirations of finding love, achieving dreams, fulfilling fantasies and changing lives. As a fiction writer, I look to create stories that speak to more than sexuality and skin color. Yes, I live my everyday life within the context of the black experience--as a black gay man--but one of the symptoms of living in a society inundated with white privilege is knowing that it is too lazy to consider you more than its social categories or stereotypical plights.

In reality, we live in a time when the experiences of black people are mostly relegated to images of tragedy. I acknowledge the level of importance it is that we continue to push the truth in which many people of color live every day--straight and gay. As community editor of Colorlines, this is a huge part of my every day mission. Reminding the world of the affects systemic and cultural racism has on LGBTQ people of color is a part of my job. But speaking from the lens of a creative--a writer tasked with documenting the human condition and experiences as I see them--I also understand that our actual stories are not always riddled with turmoil as the media may portray them to be. LGBTQ people of color are creative, hopeful, well-learned, and at times buoyantly empathetic. Where is the content that shows us in this light?

Not all black gay men are either fairies or homothugs. Not all lesbians are butches. Although HIV is a very real problem within the gay community--particularly among people of color--we're not all struggling with it. We're not all trolling the internet for "tea" and calling women "bish" and we're most certainly not this seemingly aloof group of people that only think about sex, Love & Hip Hop and Beyonce. We are a diverse group of people who understand what its like to be black and gay beyond the stereotype boxes that grab the most attention.

My inherent desires, intricacies of my character, are not simply relegated to a banal social or sexual experience.

For example, for Gay Pride this year, I set out to shoot real perspectives of six LGBTQ people of color. I began with the goal of showing us smiling, laughing and as people who desire to live life just as our white counterparts--with equal justice, respect and attention to our aspirations. In the video, we discussed how they celebrate Gay Pride, what their first Pride experience was like, and whether they believe Gay Pride is for white people.

I concede that the last question was a rhetorical question. Every person of color I've met would answer in some variation of "yes." What was interesting was capturing candid footage that shows a deep understanding of what it is like to be at the intersection of black and gay, while most of our conversation behind the camera was about their aspirations in spite of the social or economic barriers associated with their lifestyle. This was a moment where the stories of LGBTQ people of color could reach beyond what we already know and into what we do not completely acknowledge or discuss.

In a 1984 Paris Review interview with Jordan Elgrably, James Baldwin said it best.

Every time I read this quote, I think about the many neglected stories of people like me.

Personally, I don't have a coming out story. I never came out. I never felt a need to come out of anything because I was always myself. I remember someone in my family finally asking me if I liked men. I asked them "Why?" It became more of a peculiar moment for them than it was for me. I have never felt that the specifics of one's sexuality, yet alone the color of their skin, should single-handedly represent their character--their raison de'etre. On the contrary, it is our desires and obsessions that are the cornerstones of who we are as individuals. That is where there is also story. And that is where I believe we have so much opportunity.

In fiction, I create characters that are--yes--diverse in their backgrounds and stooped in their own specific views of the world but who's stories are not led by monolithic social characterizations.

Triven, the protagonist in my recent short film Orange Bright, may recognize himself as same-gender loving but this fact does not push the story forward. His obsession with flying--that is what drives the narrative because that is what he desires, to fly. His intimacy with another man is an experience, not because it is weird to have sex with another man or [insert some other cliché plot line derived from sexuality here] but because he is using sex as a mechanism to fly. I create characters that are driven by their aspirations--who may encounter an outside world that wishes to direct them based on race or sexuality but never deter away from their one hankering for more.

Of course, with this criticism I must acknowledge that if it is difficult for mainstream media to cover and/or spotlight diverse fictional content around straight people of color, clearly there would be an issue with doing the same for LGBTQ people of color. We just posted a story to Colorlines that shows what happens when you cut films down to non-white speaking roles. In Spike Jones' "Her", for example, there was only about 30 seconds of speaking parts for people of color--all of which came from women which wouldn't seem too too bad had three out of the four roles weren't for service jobs.