This summer I crafted a petition against StudentsFirst's Educational Reformer of the Year award going to John Ragan. Ragan's proposed "Don't Say Gay" bill worked to destroy safe spaces for LGBTQ students. It said teachers could not talk about being gay, and principals or counselors had to call home if a student brought up being gay. Fortunately the bill did not pass, but it's been clear to me the impact of that bill's hatred lingers. My petition received 53,000 signatures and StudentsFirst even promised to stand with LGBTQ kids like me. After my success this summer, I was excited to return to public school as an out and proud seventh grader.

School
At first the school system did not make it easy. There are two middle schools in Oak Ridge and for seventh grade I asked to attend the school I am not zoned for. I was hoping to return to the school I attended in fifth grade. I wanted to give the bullies who sent me homeschooling in sixth grade a piece of my mind. The school system turned down my request, which meant I had to go to a new school.

When the school year started, it was not all rainbows and pink smiley faces. I had trouble with sleep, schedules and people. Maybe I expected the stars to whisper the answers to tests in my ear, or perhaps I thought the summer sun had expanded my brain capacity. To my disappointment within the first weeks, seventh grade started to drag on at a usual, boring, school pace. One time I asked the moon why I must wake before daylight, simply to come home with more homework. It did not reply. Now, more than halfway through the year, school remains difficult, for I am always tired, always busy, and always trying harder to keep up, but it is the same for my peers.

Back in August the new school attempted to put me in pre-algebra. In that class they studied the same book I had used in sixth grade. I already knew the material and had done all the homework. It was not where I wanted to be. My parents and I asked if I could move to algebra, and the school declined because of tests I had done poorly on over the summer. Then my parents had a conference; I've been enrolled in eighth grade algebra ever since. Algebra requires hard work or my grade drops, yet I managed an A in the first semester. The hard work pays off.

In a new school
Like others before me, I found it's also hard work being the "new kid." I sat at the corner of classroom tables trying to be as invisible as possible. Unlike everyone else in the room, I did not have friends from last year. Nerves prevented me from saying "Hi" and making friends with anyone. There were some people in my classes I had befriended in fourth grade. Unfortunately, the only one I recognized that first day was at the jock table, and they were so not my type.

Fortunately, someone cared enough to just say hi. She wandered up to me on the way to lunch and said her friends told her to talk to me. She is now one of my best friends. My friend does not care that I'm gay, and she can relate to me because she is also frequently made fun of. I will miss her terribly, for she is moving away. While I have made other cool friends throughout the year, she will forever be the one who pulled me away from the desolate road. Being the "new kid" is scary and lonely until you find your place.

Openly gay in a new school
It's not just struggling with being new, I am often picked on because of who I am. People have a tendency to forget the filter between their brain and their mouth. I told a friend I went to the rival school in fifth grade, and the first word out of his mouth was "traitor." But it's the comments about being gay that hurt most. The everyday "fag" and "That's so gay!" almost go by unnoticed because they are so common. Someone informed me that I should follow 10 simple rules of God and I won't burn in hell, even though the 10 Commandments have nothing to say about being gay. I said, "I'm already going to hell, so what's the point?"

One day I wore a homemade Dignity for All Students sticker and someone told me, "By wearing that, you lose your dignity." I have been asked, "Who did you turn gay for?" and "When did you turn gay?" Things like "How do you know that you're gay if you haven't been on a gay date?" or "Since you're gay, you should go with the girls when our chorus is dismissed," make my hair stand on end. My peers have questioned, "Do you want to be a girl?" "You're gay because you act gay," was another brilliant seventh grader's take. Someone who had never heard me sing said, "You cannot sing soprano, you're a boy." I showed him. All those comments mean some days it's frustrating just to walk the halls.

The protection of the classroom doesn't seem to extend to me. One day I was talking with my friends about Zachary Quinto being gay. An otherwise supportive teacher stopped me and told me "talking about being gay in the classroom is illegal in Tennessee." I wanted to scream, "NO IT'S NOT!" I went home intending to double-check my facts before confronting that specific teacher, but my parents told me they would talk to the principal instead. I have found teachers are quite confused because of Ragan's bill (the Don't Say Gay Bill). They're too busy teaching to know if it passed, so they just try to be safe. Meanwhile, I am not allowed to talk about myself with my friends.

Sometimes being openly gay is like having a sign above my head that flashes "Different" in neon colors. In chorus we are going on a field trip to King's Island, which they do every year with seventh and eighth graders. The other boys in chorus refuse to sleep in the same room as me for fear of being "turned gay." In response to the boys' refusal, the teacher pulled me aside and explained how the boys didn't want to be in the same room with me because I'm gay. I thought the seventh grade boys were more mature than that. The chorus teacher also said she thought about separating me into my own room which would probably cost more, and require me to bring a parent. Then she told me the principal had called my parents to talk about this. It was upsetting. I was mad because if the same thing had happened to a student who was not "out" at home, the principal would have outed them to their parents. That's just not safe. When it came time to sign up for rooms, all the boys except me were together. The principal pulled me aside to explain that I would have my own room on the trip. He didn't say why, but I knew... they don't like me.

Standing up
I know I am not alone in my struggles. I know I have to be happy with the progress LGBTQ people have made. I also know that it's not okay to be called out for being different. I know I can be helped by Tennessee's Dignity for All Students Act (HB927). It is important to say students cannot be harassed, intimidated or bullied because they are gay or perceived to be gay. The Dignity for All Students Act specifies many other groups, like kids who are bullied because of their religion, race, gender, gender identity or gender expression. It even helps the kids who are brave enough to be friends with students who are "different."

I'm not the only gay youth in Tennessee. I'm not the only gay kid in Oak Ridge. I'm not even the only gay student in my school, I'm just someone who is standing up. I know I have written about bullying many times, but this is still happening to kids like me everywhere and I refuse to let it continue. I will go on educating my school system, and the people around me who believe the gay stereotypes, but we can not do this alone. I, and all the kids like me need StudentsFirst to start doing what they promised, putting students first. We need their strength to convince legislators that students everywhere deserve safe places to learn. We also need people to encourage our representatives, who are supposed to represent us, to pass bills like the Dignity for All Students Act and federal legislation such as the Safe Schools Improvement Act. I want to make sure other kids do not have to go through what I have. This week I will be in Nashville for Advancing Equality on the Hill Day talking to my senator and (hopefully) representative about making schools safer for kids like me. What will you do? 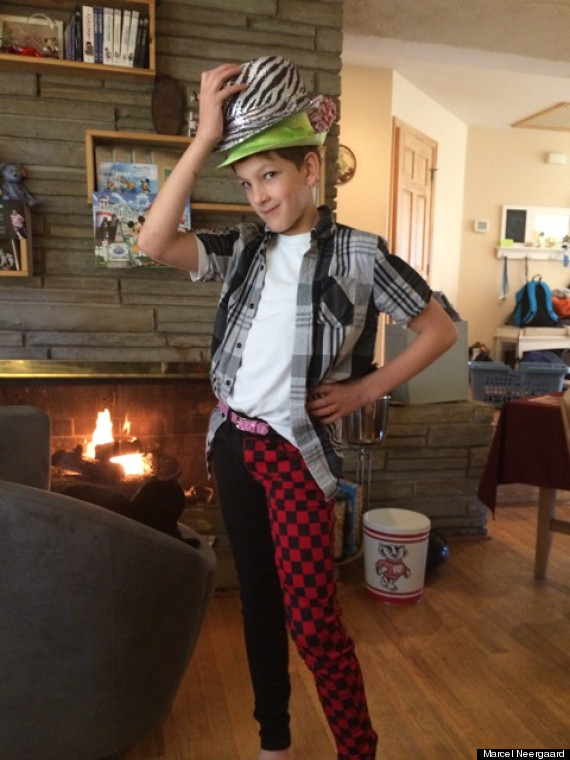