Enjoying a cup of coffee in the presence of sharks is all in a day's work for a group of very special models photographed recently in a series of stunningly surreal underwater photos.

The pictures, taken by American photographer Lia Barrett, feature freedivers dressed in regular street clothes and recreating everyday above-ground scenarios 30 meters (around 100 feet) below the surface of the ocean.

Barrett drew inspiration for the unconventional shoot while photographing divers in the Caribbean Cup Freediving Competition off the coast of Honduras, according to CNN.

"After the competitors reveled in the new national and world records set at the competition, I took advantage of their breath-holding skills to do photo shoots I had only dreamed of before," Barrett told the site. "A 30 meter descent for these shoots was no great strain on the abilities of these champions who were going deeper than 90 meters during the competition. They were the ideal underwater models."

The Korean-born Barrett graduated from Parsons School of Design and Eugene Lang College in New York in 2007 and has spent the last six years traveling the world with her camera, according to her website. Partnering with deep-diving submersible designer Karl Stanley, Barrett often uses homemade submarines during her shoots, during which she spends hours in a cramped glass bubble just to capture unbelievable moments like these: 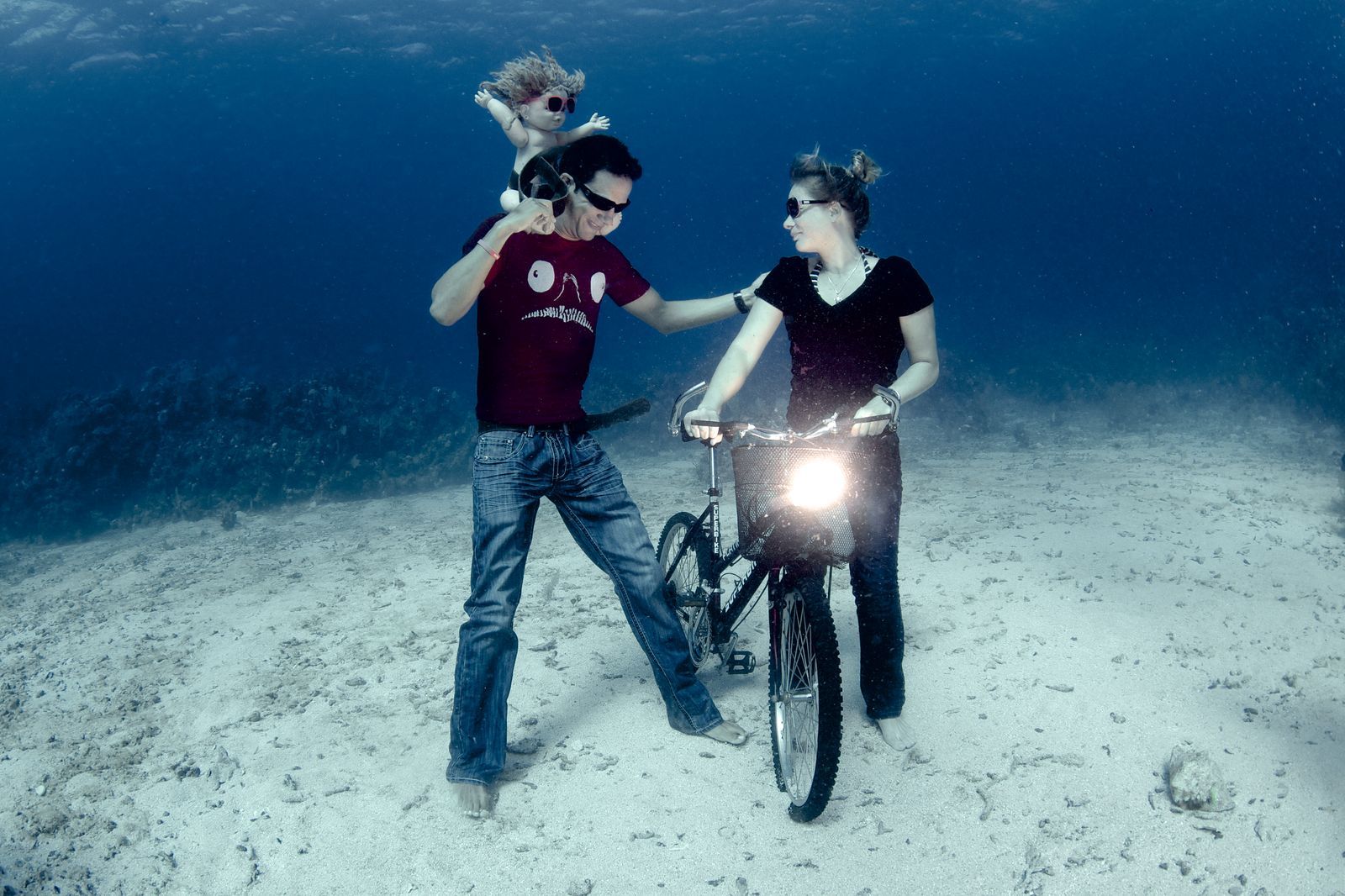 This "family of three" may seem ready for a bike ride through Central Park, but in fact the two adults are freedivers -- extreme athletes able to dive hundreds of feet without oxygen. (Don't worry, the baby's not real.) 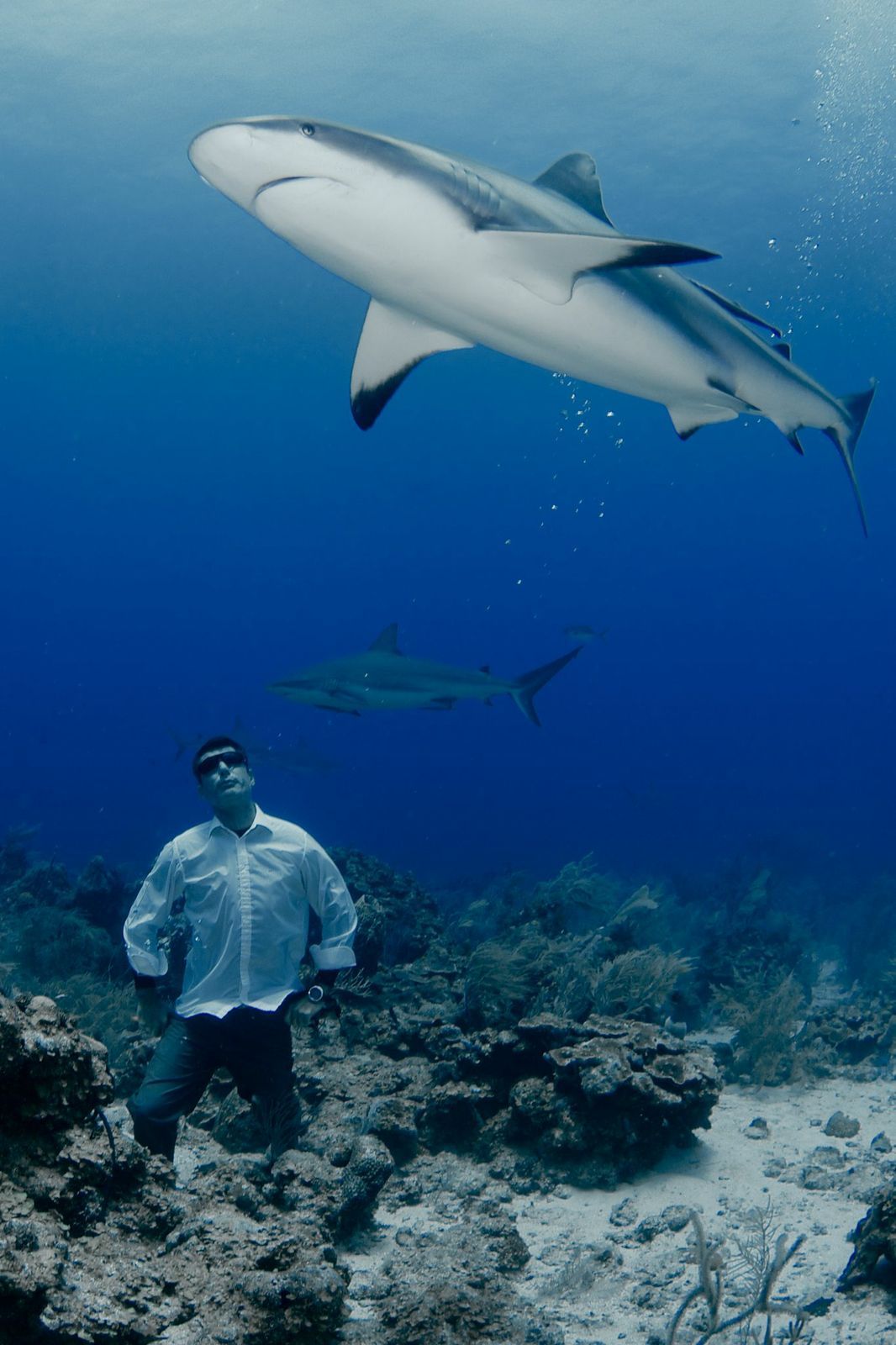 Cool as a cucumber in his crisp, white shirt, this freediver seems unaware that he's "standing" beneath a shark off the Honduran coast. 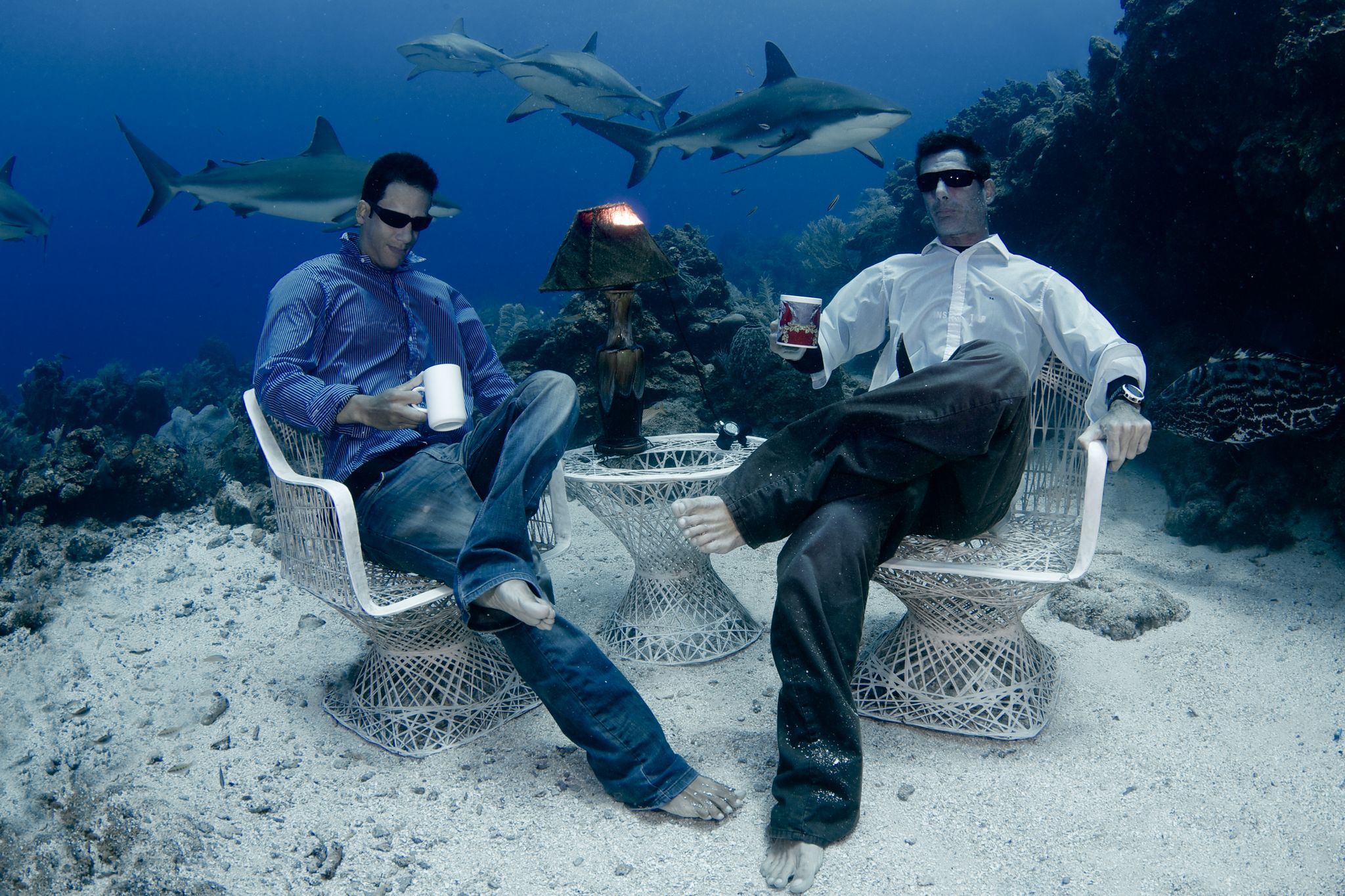 A pair of good friends appear to be casually sharing a cup of joe together, totally unperturbed by their location 100 feet beneath the water.