By Misha Hussain and Maria Caspani

DAKAR/NEW YORK, Oct 23 (Thomson Reuters Foundation) - Leroy Ponpon doesn't know whether to lock himself in his flat in Monrovia because of the deadly Ebola virus, or because he is gay. Christian churches' recent linking of the two have made life hell for him and hundreds of other gays.

Ponpon, an LGBT campaigner in the Liberian capital, says gays have been harassed, physically attacked and a few have had their cars smashed by people blaming them for the haemorrhagic fever, after religious leaders in Liberia said Ebola was a punishment from God for homosexuality.

"Since church ministers declared Ebola was a plague sent by God to punish sodomy in Liberia, the violence towards gays has escalated. They're even asking for the death penalty. We're living in fear," Ponpon told the Thomson Reuters Foundation by telephone from Monrovia.

Ebola has infected almost 10,000 people in West Africa since March, killing around half its victims. Liberia is the worst hit country where poverty, corruption and civil war have left a weak health system unable to cope with the exponential spread of the disease.

Some religious leaders have their own interpretation of the causes of Ebola.

Earlier this year, the Liberian Council of Churches said in a statement that God was angry with Liberians "over corruption and immoral acts" such as homosexuality, and that Ebola was a punishment.

In May, Archbishop Lewis Zeigler of the Catholic Church of Liberia said that "one of the major transgressions against God for which He may be punishing Liberia is the act of homosexuality," local media reported.

Francois Patuel, Amnesty International's representative in West Africa, said there had been reports of threats and violence against the LGBTI community in Monrovia since the incendiary remarks made by the local Christian leaders.

"Amnesty has received pictures of cars that reportedly belong to gays with their windows smashed as well as reports that gays have been forced from their homes and had to go into hiding," Patuel told the Thomson Reuters Foundation.

Neither the Catholic Church nor the Liberian Council of Churches could be reached in Monrovia. Representatives of the U.S. Conference of Catholic Bishops and the Episcopal Church did not immediately respond to a request for comment.

Ponpon prefers to move at night. He is scared to be identified in daylight after the local press splashed his picture and phone number across the front pages. But the Ebola curfew, running from 11 p.m. to 6 a.m., has complicated things.

"In the day, we move around wearing sunglasses and disguises. The problem with moving at night is that it is not safe in Monrovia in the dark, and also, if you violate the Ebola curfew, it is punishable by imprisonment," he said.

The curfew has affected the LGBT community in another way. When activists contact the police for protection, they reply that because of the Ebola emergency and the curfew put in place to combat the disease, they cannot help, Ponpon said.

Violence against the LGBT community was already common in West Africa before the Ebola outbreak, and same-sex relationships are still largely taboo in many African countries. A recent Gallup poll showed Africa as the worst continent for gay people.

National laws in West Africa are in line with public sentiment. In Liberia, 'voluntary sodomy' is a first-degree misdemeanor with a penalty of up to one year in jail, according to the International Lesbian Gay Bisexual Trans and Intersex Association (ILGA).

Patuel said Amnesty had received no reports of similar incidents in other Ebola-stricken countries in the region, and urged African states to stand up for minorities.

"In August this year the African Union passed a resolution for the protection of LGBTi rights. The authorities must adopt this into their national law and take action against homophobic statements to protect its citizens," Patuel said.

In Liberia, Ponpon's demands are simple: "Right now, all we want is protection. We want the government to come forward and say that this is a minority group and they deserve the same rights as anyone else and then people will stop attacking us." (Reporting By Misha Hussain in Dakar and Maria Caspani in New York, editing by Tim Pearce) 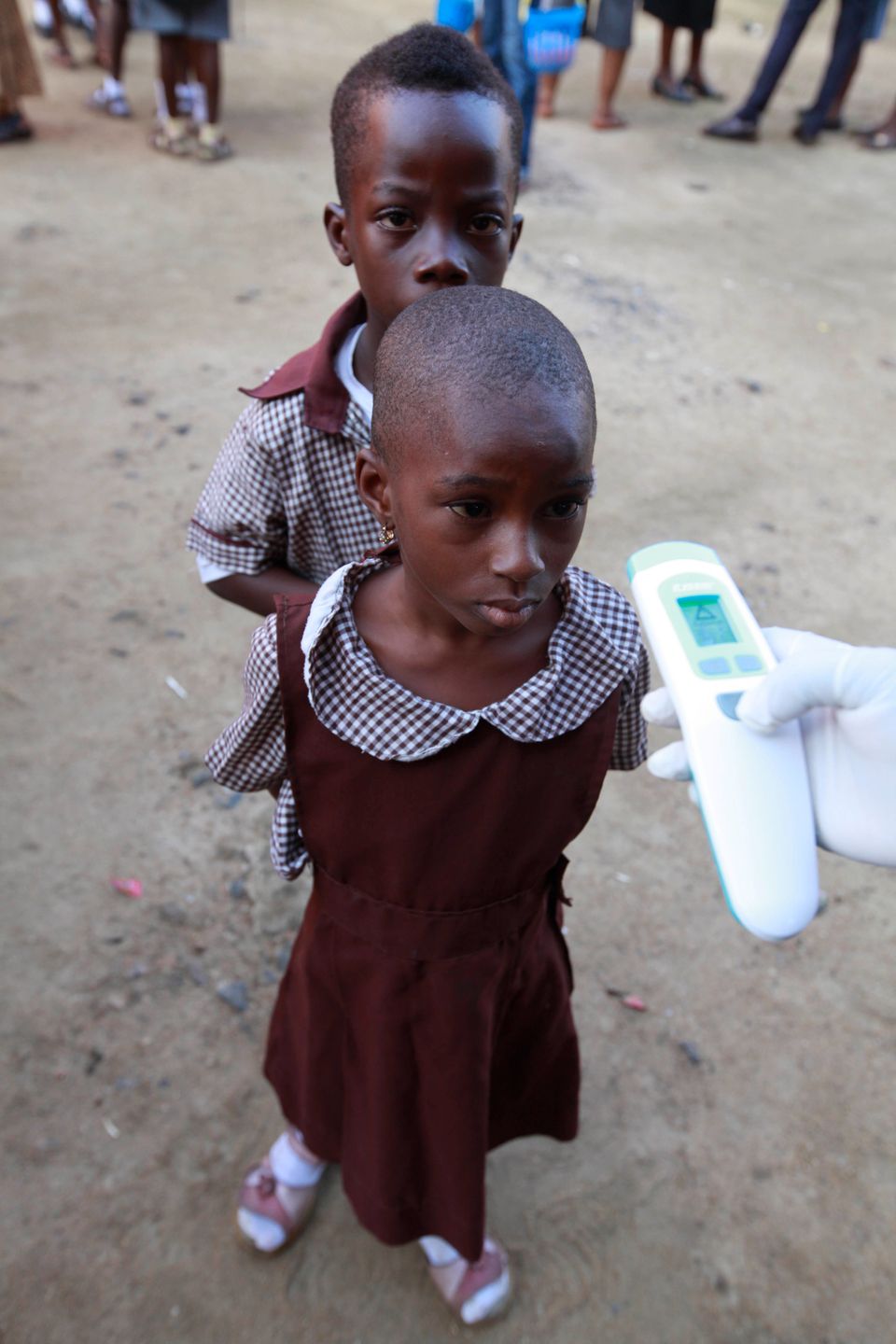 1 / 6
Cancelling all flights from west Africa would stop the spread of Ebola
This actually has pretty serious implications. British Airways suspended its four-times-weekly flights to Liberia and Sierra Leone until the end of March, the only direct flight to the region from the UK. In practice, anyone can just change planes somewhere else and get to Britain from Europe, north Africa, or the Middle East. And aid agencies say that flight cancellations are hampering efforts to get the disease under control, they rely on commercial flights to get to the infected regions. Liberia's information minister, Lewis Brown, told the Telegraph this week that BA was putting more people in danger. "We need as many airlines coming in to this region as possible, because the cost of bringing in supplies and aid workers is becoming prohibitive," <a href="http://www.telegraph.co.uk/news/worldnews/ebola/11148672/Liberia-attacks-British-Airways-for-suspending-flights-to-Ebola-hit-country.html" target="_hplink">he told the Telegraph.</a> "There just aren't enough seats on the planes. I can understand BA's initial reaction back in August, but they must remember this is a global fight now, not just a west African one, and we can't just be shut out." Christopher Stokes, director of MSF in Brussels, agreed: “Airlines have shut down many flights and the unintended consequence has been to slow and hamper the relief effort, paradoxically increasing the risk of this epidemic spreading across countries in west Africa first, then potentially elsewhere. We have to stop Ebola at source and this means we have to be able to go there.”
ASSOCIATED PRESS