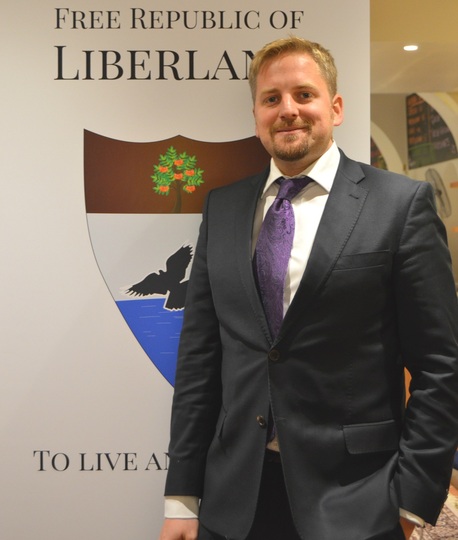 Vit Jedlicka is the founder and President of Liberland, or the Free Republic of Liberland to give it its full title. On April 13, 2015, Liberland was founded by Vit Jedlicka and two fellow libertarians. Liberland is located on seven square kilometers of unclaimed land along the Croatian and Serbian border. According to Jedlicka, neither Croatia nor Serbia claimed it, making it a terra nullius territory, or no man's land. If it comes into existence, Liberland would be the third smallest sovereign state in the world, after the Vatican and Monaco.

As told to Lan Anh Vu:

The Idea for Liberland For so long, people from all around the world have clung to the idea of living in a free state, a place where there is a minimal interference from a centralized government. People around the world have searched for a place to make this idea happen. But, the vital question was always how to go about it. The key starting point would be to find a piece of land, unclaimed by any country, as was the case of this seven square kilometers of land along the Croatian and Serbian border. Croatia claimed that the territory belongs to Serbia but Serbia doesn't want to rule over it, a difficult situation that has lasted for more than twenty years. This area along the west bank of the Danube River was basically abandoned by both of these countries. This made for an ideal place to start a country. I went with my girlfriend and a college friend to plant our flag there to claim the land, and then announced the news to the press. We received enormous media coverage from all around the world. Within just a few weeks, we had received almost 380,000 applications for citizenship on our website, out of which 70,000 are eligible for citizenship.

How to Become a Citizen of Liberland After our sovereignty is recognized, how many people will live in Liberland? I think our potential population size is pretty limitless. By the time we have the problem fitting people into the country, the idea would be so widespread, that we would have more Liberland nations in the world.

We will accept anybody who shares our nation's belief in voluntary taxation, which I think is a new brand concept. I think it's something we desperately needed in modern society. We will accept people who have no criminal record and no record as communists, Nazis, or other extremists. Liberland's motto is: ''To live and let live.'' We want people to make a contribution and commitment to Liberland, so they can deserve to be part of this new community. We call this a merit system; these people have to collect enough merits in order to file a claim for citizenship.

At the moment, Liberland is a prestigious club. We are about extending liberty around the world, and sooner or later we will be internationally recognized. Our passport will be a regular passport and people will be able to live in Liberland as in any other nation. Our official language will be English, so there will be no language barrier with the rest of the world.

I hope people will be settling there and things will be under way soon. By September next year, we will be able to make some large breakthrough regarding settlements. We will be able to access and gain physical control over this territory and to arrange border agreements with Croatia and Serbia. This is something that is stopping us right now, because Croatia is very strict about the Schengen border from Croatia, and this makes Liberland only accessible from water. This inconvenience blocks the whole country, and it is a priority to resolve this situation as soon as possible. Croatia doesn't even allow people to access Liberland from the water. We have to convince Croatia that we are serious about this, so we negotiate access to this piece of land. A number of steps must be taken. We started an architectural competition; not only for 1200 architects that have applied for citizenship but for anyone who wants to help shape up the country. There will be prestigious names sitting on the jury. For example, Patrick Schumacher who is a partner at Zaha Hadid studio. We will recruit important investors from around the world for the financial backing, and after we begin construction, we will be able to channel billions of dollars into this territory from our future citizens. 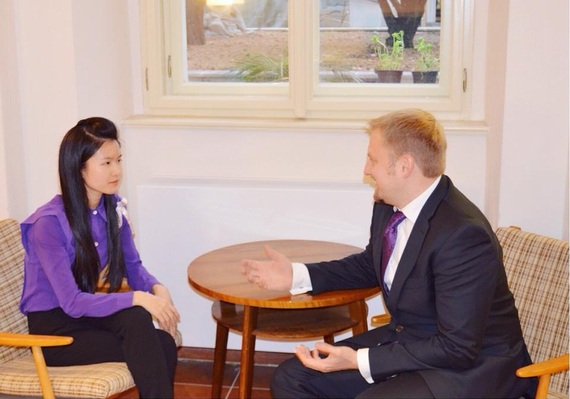 Merit system - The Future Monetary Unit of Liberland People who donate to Liberland will get merit in return. By exchanging money or Bitcoin, they can use these merits to claim their citizenship. In the future, we would like to extend multiple uses for this merit system, including transactions between our citizens on mobile apps in the form of cryptocurrency. So it will be designed to be quite independent from the state. We want to revolutionize concepts about how land and companies are registered. Our mobile apps for company registration will allow anyone to provide any service and base it in Liberland. The sources of inspiration for Liberland include Monaco, Lichtenstein, Singapore and Hong Kong.

The Constitution of Liberland At the moment, we have drafted version 3.0 of a Constitution, editable on Github, so that everybody is welcome to contribute to the implementation of this Constitution. The Constitution aims to minimize the interference of the government. We will try to ensure that the government is only responsible for security, diplomacy, and justice. All taxes will be voluntary and the market would self-regulate the rest of the economy. We will have a system that is similar to that of Singapore and Monaco, but we want to go further and have a completely voluntary tax system. Our hope is to do everything by crowd funding.

The Challenges Of course, there are many challenges to be encountered along the way. Croatia has deployed police units to prevent anyone from entering Liberland. I was detained twice by Croatian police while I was trying to enter the country I founded. What I and other Liberlanders want is to live freely in this seven-square-kilometer piece of land. We are not seeking to steal the rightful territory of another sovereign state; we are not taking something from somebody. We just want to implement some of these ideas that many of us share and to build a better nation from scratch. Other than these problems, everything has gone a lot smoother than I expected. For example, in the beginning, we didn't expect that we would create such an enormous amount of interest. We expected that we might receive 10,000 citizenship requests, but we've actually received 300,000 applications within just a few weeks. This overwhelming interest from the public demonstrates how serious people are about their freedoms.

What I Have Learned I am dedicating 100 percent of my time to this project. I have even abandoned some of my past business ventures because this project has taken the fullness of my time. I believe that I am now in a position to use all the knowledge and experience that I have learned to improve this project and lead it to successful completion. I previously worked as a financial markets analyst, ran a regional political party in the Czech Republic, and also ran a website that earned more than 10 million views on YouTube. I am adept at developing networks with like-minded people, who believe strongly in the idea of liberty. I still use these network connections quite a lot. For instance, I recently visited a friend, who is a member of the Swiss Parliament and I was honored enough to be introduced to some important people in the Swiss Parliament. I am using all the connections that I have made previously to make Liberland happen.

What I Believe Makes a Strong Leader A strong leader has a strong vision and takes people on the journey together. I hope that I have been good at that, and I work every day to become better. One good thing about this project is that most people who worked together to generate the original plan for Liberland are still with me. I am confident that I have a good team of people from around the world working with me on this project to make Liberland happen.