Who knew failed love could be such a career boost? After rumors of Liberty Ross receiving more film offers after her husband's cheating scandal, the wronged wife has managed to strike fashion model gold: she walked the Alexander Wang show during New York Fashion Week today.

And since Liberty's already ditched the wedding ring, this may just be the ultimate way to prove that she's not going to sit at home and feel sorry for herself. The Alexander Wang way show may just be the most coveted runway for a model to walk -- Gisele Bundchen, the Gisele Bundchen, was the one everyone buzzed about at last season's Wang show, so you can imagine how this can be quite the career boost for Liberty.

Now that Wang has welcomed the 33-year-old model with open arms, do you think the rest of the fashion world will follow suit? Or do you think Liberty's fame will die down along with the controversy? Check out the photos of Liberty walking Alexander Wang's runway and tell us what you think.

Yes, that WAS in fact Liberty Ross on the @AlexanderWangNY runway - and backstage. CE http://t.co/OcGw0izo 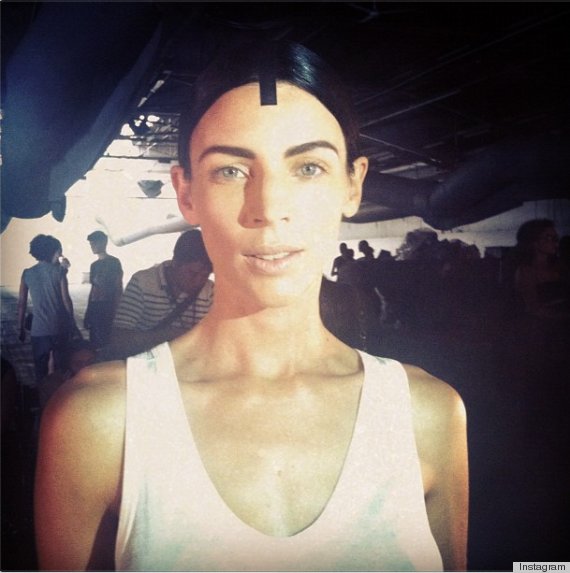 Frightful picture - but Liberty Ross back on the catwalk for Alex Wang! twitter.com/THELOVEMAGAZIN…