A male student was shot in the lobby of an all-female dorm at Virginia's Liberty University.

The school released this statement:

"We have received reports that a Liberty University Emergency Services Officer was attacked by a male student in the lobby of a women's-only dorm early this morning. The student was shot and killed and the officer was transported to Lynchburg General Hospital for treatment. The Lynchburg Police Department is investigating the matter and Liberty University is cooperating. President Jerry Falwell, Jr. issued the following statement: 'The Liberty University community is deeply saddened by this tragic event and is prayerfully supporting all those impacted.'"

"I heard about six or seven gunshots," Shaquille Cook, a junior at Liberty University, told the Lynchburg News Advance. "Ten minutes after that, I heard a lot of sirens."

Liberty University is one of 25 universities that allows students faculty and staff with a Virginia concealed carry permit to keep their guns in their car and carry them on campus grounds.

The school, which the Washington Post has called "an evangelical mega-university with global reach," was founded by Falwell. Its motto: "Training Champions For Christ Since 1971."

The shooting was in an off-campus dorm, though the dorm is still school property. It's unclear whether the student who was killed had a gun.

UPDATE: NBC News reports that the student who was shot and killed attacked the security officer with a hammer, according to authorities. 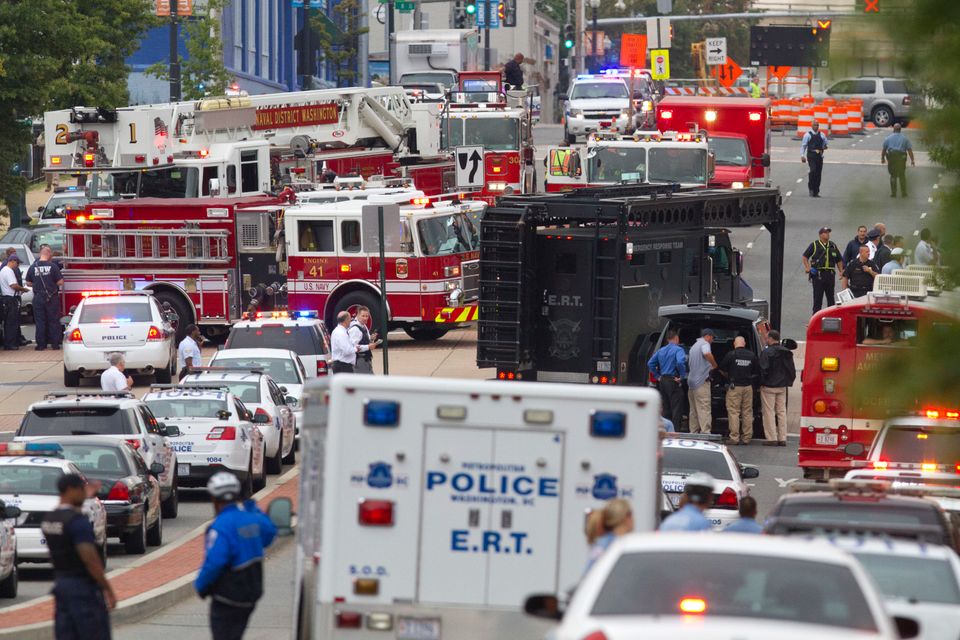