TRIPOLI, Libya (AP) — A man has told The Associated Press he survived a massacre by Moammar Gadhafi loyalists who opened fire on about 130 civilian detainees.

On Sunday, an AP reporter saw at least 50 charred bodies at the site near a military camp held by Gadhafi supporters until rebels took Tripoli.

Mabrouk Abdullah, who was at the site Sunday, says he and other prisoners were told by a guard they would be released Tuesday. Instead, guards threw hand grenades and opened fire at detainees huddling in a hangar.

Abdullah says he had been crouching along a wall and was shot in his side. He says that as survivors of the initial attack tried to flee, they came under fire again.

Human rights groups accuse both sides in Libya of abuses against detainees. 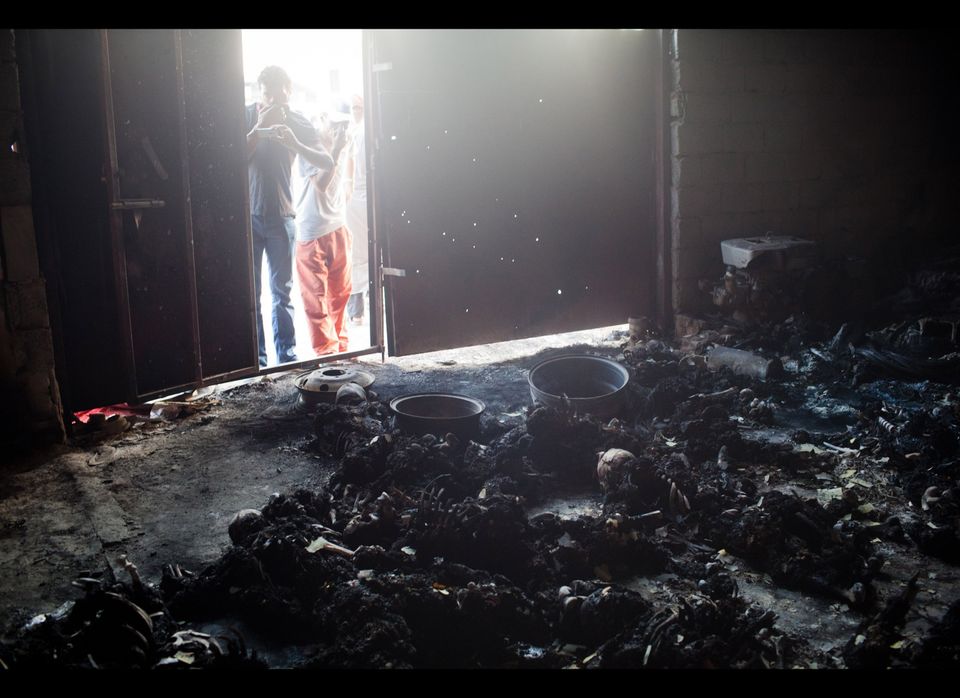 1 / 8
WARNING: Graphic Photos
People cover their noses from the smell of burnt bodies in a warehouse on August 27, 2011 in Tripoli, Libya. (Getty)
Daniel Berehulak, Getty