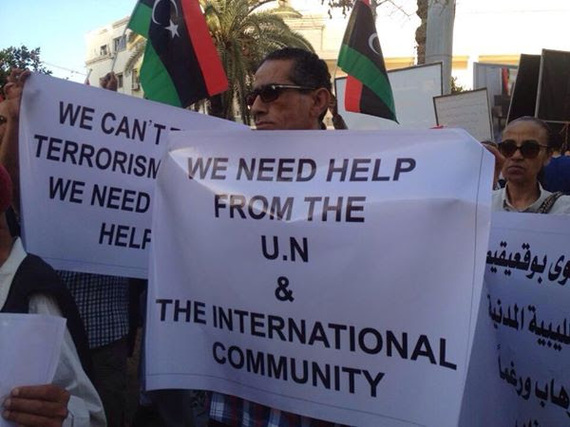 Libya is a failing state. The central government has no control of even the capital Tripoli, which is now controlled by competing militias. The General National Congress of Libya (GNC), due to hand over power on Aug. 4 to a newly elected parliament, has long been controlled by the militias. In the past three years, the GNC has failed to move the country forward due to political bickering and the stalemate between Islamist and civic blocs. The GNC bears huge responsibility for spending over $120 billion over the past three years with nothing to show, and for the violent anarchy that is now the dominant reality in Libya. Various "political" factions used their power to block the nation-building process, diverting funds to finance their militias instead of working together and enacting reforms to create a modern, Islamic, democratic and decentralized Libya. The Libyan monarchic constitution of 1951 may be best suited for this suffering nation.

The militias refused to integrate themselves into Libyan military, police and intelligence forces but were paradoxically financed by the Libyan government. Their numbers swelled, from 20,000 during the uprising to over 300,000 now. The strongest militias that received the most government financial support belong to the Islamist camp, centered in Misrata, Libya's third-largest city, and the so-called "liberal" militia of Zintan, a city of 40,000 people. When the government tried to rein in or cease making payments to them, they attacked government offices, often forcing the ministers to sign the checks or escape through back doors. Now Libya has a quite a few 18- to 25-year-olds with little education, plenty of guns and millions of dollars.

The Zintan militia has occupied Tripoli International Airport for three years now. The Misrata militia attacked the airport with heavy artillery. At least 22 civilian aircraft were destroyed -- over 80 percent of Libya's civilian fleet. The loss runs into the billions of dollars. The fact that the Zintan militia controls and defends the airport is not a popular one. They have been accused of stealing cars, confiscating property, arresting and blackmailing people and, above all, engaging in smuggling activities at the airport they controlled. There is a (bitter) joke in Libya: "Controlling the airport is worth more than 100 ministries." The Misrata-led militias, now equipped with heavy artillery, tanks and missiles, are even less popular, as they represent the Muslim Brotherhood and other extremist groups. But beyond salaries paid by the government to their members, who funds and equips them? Where do the heavy arms supplies come from?

Misrata is the stronghold of Islamist militias. Their support has come mainly from the two strongest blocs in the GNC: the Muslim Brotherhood and the so-called Loyalty to Martyrs. These two blocs used threats and outright force to pass the controversial Political Isolation Law a year ago, with the outward aim of removing leaders with ties to the Gaddafi regime, but the real intention was excluding competitors from the political process. The Political Isolation Law cast a wide net with a very negative impact on the administration of the country, removing many qualified officials with unblemished records other than holding high government positions under Gaddafi's 42-year rule.

The Muslim Brotherhood and Loyalty to Martyrs blocs then moved to consolidate their power in the GNC, ensuring Nuri Abu Sahmain as new GNC president, replacing the moderate Mohamed Almagariaf, who was covered by the isolation law. Abu Sahmain immediately issued a resolution forming a new powerful Libyan Revolutionaries' Room militia, financing it with $700 million from the government. The intent was to create a local armed body to enforce the legislation according to their agendas. The Libyan Revolutionaries' Room briefly kidnapped then-Prime Minister Ali Zeidan when they failed to get enough votes to oust him through the fig leaf of GNC legitimacy. Zeidan was eventually removed through the continued campaign of intimidation of other GNC members. This alliance went on to assist their brothers in Egypt, awarding $1.6 billion in aid to the Muslim Brotherhood government of then-President Morsi.

Holding on to power in Libya is crucial to the Muslim Brotherhood's survival, as well as for Libya's vast oil riches to bankroll any comeback for them in the region. The recent parliamentary elections in Libya dealt a heavy blow to the Muslim Brotherhood and their allies. Fewer than 25 of the 200-member parliament are Muslim Brotherhood or allied with the group. According to the Constitutional Declaration, the location of the new parliament will be in the eastern city of Benghazi, far away from their stronghold in the western region, where their Misrata and Libyan Revolutionaries' Room militias are very powerful. The battle of the Tripoli Airport has implications beyond ousting the Zintan militia. For the Muslim Brotherhood, it is a matter of survival. The new parliament will be out of their control, and power and may quickly begin to reverse legislation and cut the revenue stream for their militias.

The two-week delay in handing over parliamentary power could give the Misrata militia a chance to oust the Zintan militia from the airport. That explains the intensification of fighting in the past few days.

Heavier attacks in Benghazi on the Libyan army joining Operation Dignity, launched two months ago by retired General Khalifa Haftar against Ansar al-Sharia, accompanied this intensification. Reports suggest 3,000 battle-hardened extremists have been recalled from Syria and ISIS in Iraq to join Ansar al-Sharia in the fight against the Libyan army units led by Haftar. The twin escalations of attacks in Tripoli and Benghazi support the plan of Islamist groups to consolidate their power ahead of the inauguration of the new parliament.

A New Road Map Is Needed for Libya

The international community should press hard to immediately stop fighting and, in the case of Tripoli International Airport, endorse the local proposition to temporarily hand over control to the neutral militia from the mountain city of Jado, known to be a credible force in Libya. After cessation of all hostilities and withdrawal of the warring militias, the airport should come under civilian authority, protected by the police. The newly elected parliament should launch a reconciliation dialogue immediately and revoke the Political Isolation Law, enabling all Libyans with no criminal record to participate in building their country.

The process of integration of militias into the Libyan military should be made and enforced with UN supervision and assistance. Clearly Libya cannot do this alone. An active and coordinated international effort must be launched. 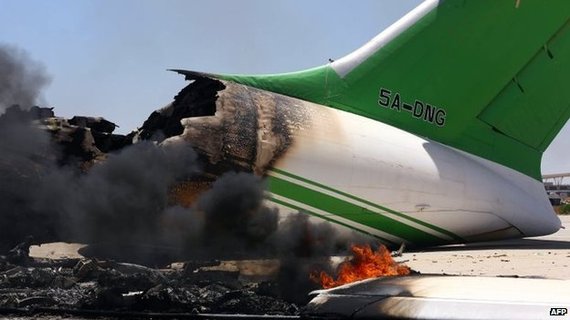