News of Libya is often mired in stories about violence. Positive updates are tough to pick out; yet, a non-violent, hopeful story has developed, as Libyans recently gathered at the Science City Auditorium in Tunis to watch the live production of Hiwar Mushtarek, an interactive panel discussion about the Libyan crisis. The Libyan-produced program encouraged interaction between an all Libyan audience and a panel of Libyan civil society activists and politicians, all of whom were noteworthy for their respectfulness. Even more striking was the fact that the dialogue helped voice the oft-unheard opinions of everyday Libyan citizens. The event helped reestablish these voices and showed that many Libyans remain invested in a better future for Libya. 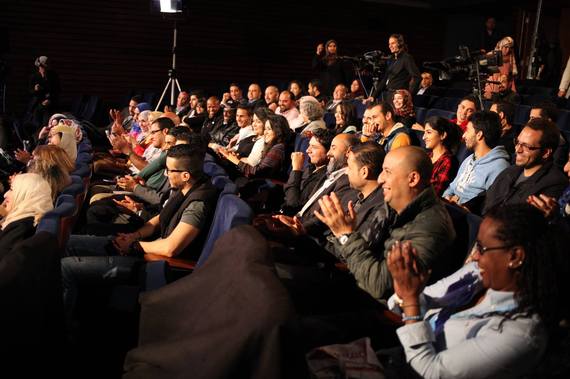 "Libyan dialogue, by Libyans, and for Libyans"

The first panel speaker, Emna Amtir, a member of the Tripoli-based General National Congress (GNC), began the program by stating "everyone wants to see a Libyan dialogue, by Libyans, and for Libyans," alluding to her strong desire to see only Libyans handle the bulk of the negotiations. Another panel member, Nahed Mekki, a women's rights activist, elaborated that the "case in Libya benefits the international community," so that countries can "come in and save the day." Dr. Salah Zahaf amplified this point, stating "Mr. Leon did not respect Libyans or the Libyan state," an overt criticism of former UN Envoy to Libya, Bernandino Leon, who appears to have had biased linkages to the UAE regarding the Libya situation. Despite all of these remarks regarding foreign interference in Libya, the panel members remained steadfast in their belief in dialogue over any other means of negotiation, with Mohamed Ben Moussa, Chairman of the Libyan Youth Union in Benghazi, fervently telling the audience, "the only alternative to stalled dialogue is more dialogue."

Tobruk or Tripoli: which government is legitimate?

Amidst many shared points, the conversation was notable for key disagreements among participants. Dr. Zahaf tried to reconcile the different factions by saying "everyone needs to admit the wrongs they did to other parties," but other panel members failed to heed his advice.Two panel members in particular, Ms. Amtir from the GNC and Dr. Aboubakr Buera from the Tobruk-based House of Representatives (HoR), provided the most significant back and forth throughout the day. Strategically placed at opposite ends of the table, the two panelists jousted about different topics, including when Ms. Amtir rhetorically asked Dr. Buera about General Heftar's forces, saying, "How can we describe them as the national army?" Dr. Buera was quick to disagree and a Benghazi member of the audience came to his support, saying that "Heftar is our savior. He liberated us." Ms. Amtir responded by saying she is from Sirte and her own city's plight has been as difficult as that of Benghazi, but she is unwilling to settle for liberation from Heftar, who she considers to be an illegitimate militia leader. 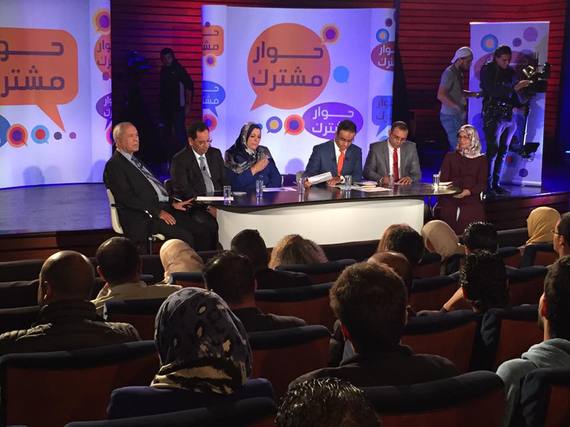 The issue of terrorism was a crucial part of the discussion. Dr. Zahaf expressed his belief that an accusation of "terrorism has been used by people to delegitimize opponents," noting, certain politicians in Libya label opposition politicians as terrorists just to remove them from the political scene. Ms. Amtir worked off this idea by firmly stating that "Parliament needs to exclude extremists, but people still use the word terrorist too freely." She went on to note the Arab League's definition of terrorist and the fact that only three groups fit into this category in Libya: Al Qaeda, ISIS, and Ansar al-Sharia.

A straw poll of the audience members signaled their disenchantment, as most members expressed pessimism for the near future of Libya. Even Ms. Nahed Mekki conceded that there is an "absence of Libyans motivated to save the country," continuing, "the first constitutional draft was terrible and the drafting assembly needs to be changed." In contrast, speaking after the talk, Dr. Buera expressed his own optimism for the future of Libya, stating to Al Jazeera, "I am in favor of meeting with the GNC." Although no formal gestures have been made, Ms. Amtir said that delegates from the Congress and Parliament have met, but in unofficial capacities. She herself wants her party to meet with the Parliament and said she is optimistic for Libya, since "all of the GNC is willing to meet with the Parliament." 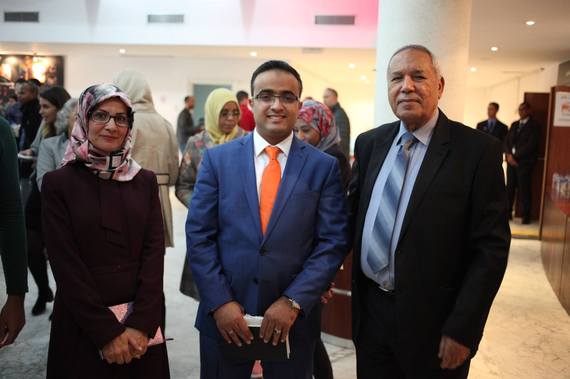 
Even though Libya still needs to work on security issues, the dialogue from the program showed that Libyans still desire to participate in deciding the future of their country. Mr. Mohamed Ben Moussa noted that the number one priority is "to disarm these groups." Until that is done, talks of unified governance and progress remain largely theoretical. At the same time, the fact that Libyans still care so much about their country and that opposing politicians are able to engage in civil dialogue are positive indicators for Libya's path forward.