As Libyans gathered early Monday morning to celebrate rebel advancement into Tripoli and the arrest of Seif al-Islam, Moammar Gaddafi's second eldest son, some had a clear message to world leaders: "Thank You."

Above their images was written: "FANTASTIC 4."

"GOD BLESS YOU ALL. THANKS FOR ALL" was written below their portraits.

In March, the United States joined a multinational coalition and conducted military operations in Libya, something President Obama reiterated in his statement on Monday:

In the face of this aggression, the international community took action. The United States helped shape a U.N. Security Council resolution that mandated the protection of Libyan civilians. An unprecedented coalition was formed that included the United States, our NATO partners and Arab nations. And in March, the international community launched a military operation to save lives and stop Qaddafi’s forces in their tracks.

In a July trip to Istanbul, Hillary Clinton announced that the United States would recognize the primary rebel group, the Transitional National Council, as Libya's government.

Read the latest updates on Libya from the HuffPost's Live Blog, and click here for more photos of Libyans celebrating.

Photographs by Alexandre Meneghini of the Associated Press. H/T ThinkProgress. 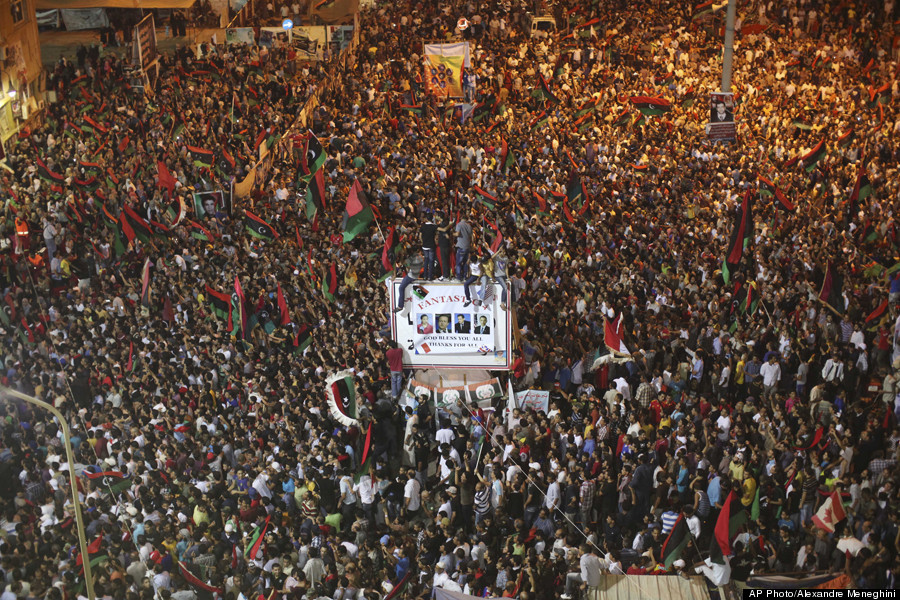 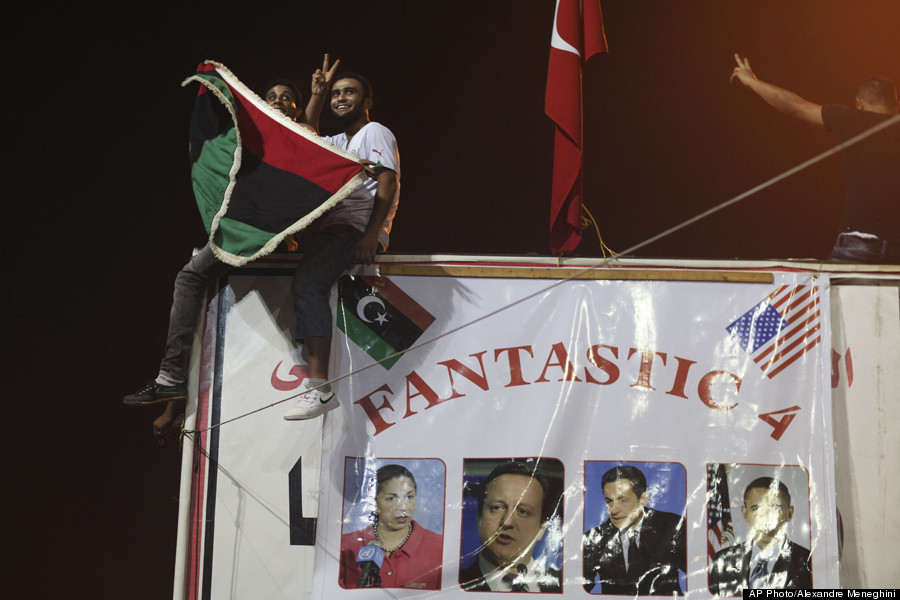