SAN FRANCISCO -- While working on a film about the lives of sex workers, a San Francisco documentarian received a shocking letter from a colleague's 10-year-old niece: a schedule of the girl's fantasy life as a stripper.

Filmmaker Hima B. was in the midst of filming her first documentary about the sex industry when she received the young girl's note.

It included the following fascinating and horrifying schedule (misspellings included):

1. Go to the stripping company for sex.
2. Go to the strippers joint to stripp.
3. Go to a appointment for a birthday.
4. Take a shower and eat with my other stripping friends.
5. Show Hima [the filmmaker] my stripping moves.
6. See Bonnie, cuss her out, moon her, get in the taxi and flip her off.
7. Go home and eat a dick for supper. A dick is a hot dog for reals.

"At first I was really freaked out," Hima told The Huffington Post. "Arielle [the young girl] was sometimes around our film school because her aunt was also in the program, and she must have caught a glimpse of my movie."

But concerned readers shouldn't panic just yet: Arielle is now a 26-year-old woman working towards a career in law enforcement.

The incident occurred in 1995, but Hima recently posted the letter publicly to draw attention to misconceptions about stripping--a subject she focuses heavily on in her new film, "License to Pimp."

"I posted it now because I think a lot of young women have developed a glorified image of stripping," she said. "Strippers are glamorized in music videos, movies, Playboy. The models in those images are seen as being beautiful, making lots of money and having fun."

According to Hima, such images might be sending the wrong message.

"All girls, even young girls, want to feel sexy; the desire to be appreciated for your beauty is a natural one," she said. "But I think it's important that women know what they're getting into."

In "License to Pimp," Hima, a former stripper herself, shines a light on the corruption that has developed in the strip club industry, focusing specifically on the rise of prostitution due to skyrocketing stage fees.

"I worked in nearly half of the clubs in San Francisco in the '90s," she said. "And in that time I saw them change from legitimate strip clubs to essentially brothels."

During the 1990s, strip clubs began enforcing said fees, requiring dancers to pay their managers nightly in order to work.

"At first the fee was $5 and then $25, which was okay," Hima recalled. "But then it jumped to $200 a night. It immediately resulted in women practicing prostitution in order to pay those fees, and the clubs went right along with it, installing private rooms everywhere."

Now, according to Hima, clubs charge dancers anywhere from $150 to $600 a night, just to dance on their stages. And while many dancers are opposed to practicing prostitution, some are left with little choice when the end of the night nears and a stage fee has not been met.

"It creates a terrible situation for dancers," said Hima. "To have to choose between making enough money to continue working and not having your sexual boundaries violated."

With her new film, still in the fundraising stages, Hima hopes to increase pressure for regulation in the strip club industry.

"I am certainly not an abolitionist for strip clubs, and I hope that's not the message viewers take away from the film," she explained. "There's nothing wrong with stripping itself; it's when a worker's labor is exploited that it's not OK. Women should be able to work at strip clubs without having to engage in prostitution in order to pay these illegal fees as a condition of their employment."

And about young Arielle's stripper fantasy?

Watch a preview of "License to Pimp" and see stills from the film below: 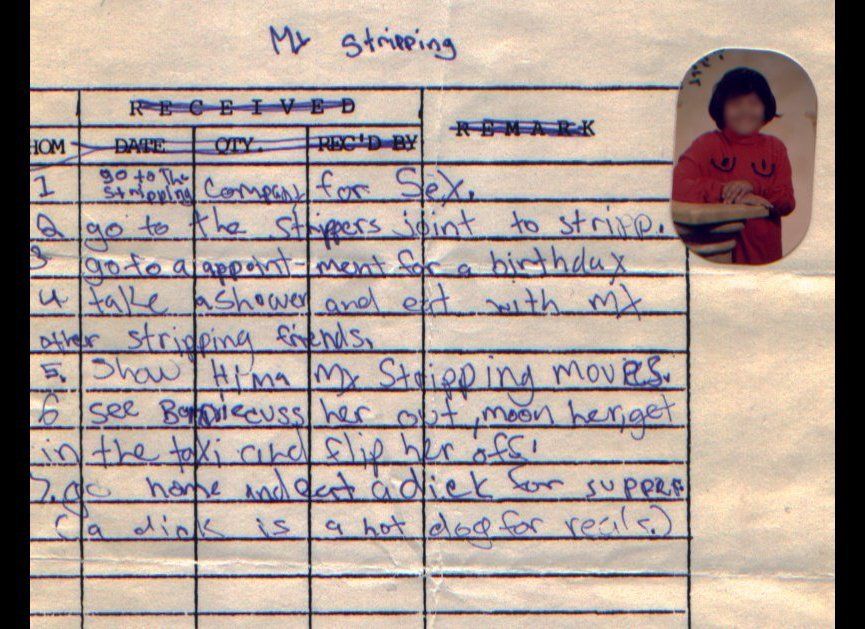