Kristy Woodson Harvey's, Lies and Other Acts of Love, calls on one of the oldest questions: what would you do for love? What would you do to find love? Or keep love? Or to protect those you love? The three generations of White family women each find their own answers while testing the bonds of romantic and familial love.

Your last book, Dear Carolina, also dealt with the many ways love can take shape in a family. So I want to begin with the biggest question of all; what does love mean to you?

That's a very good question! For me, love has always been an action word. I think it's easy to get caught up in what people say but love, to me, is all about how people act toward you. From romantic relationships to friendships to family, I think we all know those people who would be there for us no matter, even if we called them at 3 am! Lies and Other Acts of Love explores the differences between what we say and what we do. I think it can be a tricky concept, especially when we're young. Annabelle has to go through it, and, in a different way, so does Lovey. 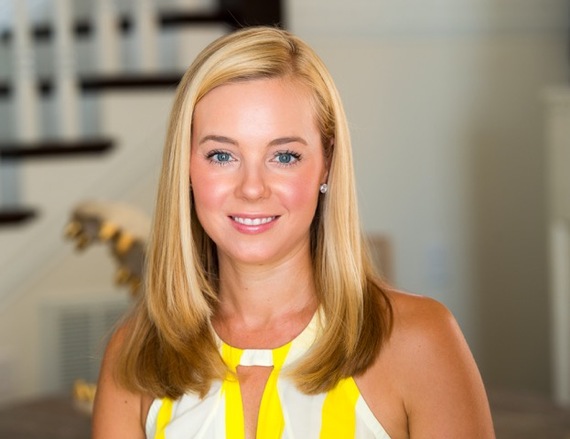 Whose story came to you first? Annabelle's or Lovey's? How did you tackle weaving these two threads together?

Annabelle's is the one I started writing first. I keep files on my computer of book ideas that I want to come back to, so Annabelle's story and Lovey's story were two different files. Annabelle's story had a lot more elements to it than it does now and was somewhat based on real life. But it was one of those instances where the truth was stranger than fiction, and it didn't ring true when I started writing it. I wanted Annabelle's family to be a part of the story, and I knew Lovey's story was one I wanted to write, but I shied away from combining them initially because I thought one of Lovey's daughters needed to be her corresponding character. But then I wondered what would happen if I made Lovey and Annabelle grandmother and granddaughter and the link between them would ultimately be one of the most important parts of the book. Annabelle became the key to unlocking Lovey's secret and Lovey's story became one of the emotional cores of Annabelle's. Once I started I knew these characters were perfect for each other!

In Lies and Other Acts of Love, even God plays a part with Father Rob and his daily missions. I enjoyed watching this man follow the spirit. What lead you to these divinely inspired moments?

I have no idea, but that is one of my favorite parts of the book! And I was so excited when I had the idea for it. Maybe it was divinely inspired for me! I knew that Rob was this very free-spirited and unworried character, and, since he was a Priest, it made sense that that lack of fear came from his faith. I wanted to see what would happen if he followed that faith even in the small things. In a lot of ways, he and Ben are similar. They are both free-spirited and open something up in Annabelle. But the values at Rob's core, the higher power that he answers to even in the tiny details, are what separate the two. It comes back to your first question: It's that difference between what they say and what they do.

I loved the open door ending of this novel. It made me excited for the future of this family. Do you have any plans of returning to the White Clan? What's next for you as an author?

You know, I hadn't planned on returning to the White Clan, but, when you say that, I get these excited little butterflies! So maybe! I loved the sisters in this book but they weren't particularly fleshed out, simply because this wasn't their story. But I think any of them would make an amazing and very multi-dimensional main character. They all have a skeleton or two of their own!

My third novel is at Berkley now with the powers that be, so I'm keeping my fingers crossed, and I just finished the first draft of my fourth novel. I'll let it sleep for a couple of months while I'm touring and then edit it all summer. I love coming back to a book with fresh eyes. It gives me a totally new perspective.