October is infant and pregnancy loss remembrance month, a time every year I reflect upon my life after loss.

The truth is, 13 years ago it felt as if there was none. I found myself sitting in the passenger seat of our minivan, freshly purchased for what was supposed to be a family of four... but there were just three of us. The fourth, our daughter Emma, was born just a few weeks earlier, and passed away after just eight days of life from congenital heart defects.

I had just returned from what, for most women, would have been a routine OB/GYN appointment following the birth of a healthy baby. Mine was nothing of the sort. It had begun with the sting of the waiting room, surrounded by masses of pregnant women, and ended with the long walk out, wondering if I'd ever return under happier circumstances.

My husband and I had made it home to our driveway. Having sobbed the entire way home I sat motionless in the passenger seat, silently contemplating how I would manage to pull myself together to go inside and greet my 2-year-old son. I was still his mom, after all, and despite my grief I knew how lucky I was. But I was angry, too, and I found myself snapping at the tiniest of things.

I don't exactly remember what caused me to snap at that particular moment. My husband said something, probably as innocent as, "Are you ready to go inside?" and that was all it took. Every ounce of anger spilled out in that minivan. My rage spanned the gamut of reasonable to absolutely absurd. I berated the pregnant teenagers I had seen in the waiting room at my OB's office, the pain of the C-section incision that throbbed with my every twist and turn, the nurse who dared to ask how I was doing, the weather, my hair, the song playing on the radio... Nothing was safe from my wrath. My husband sat silently and listened, and when it seemed as though I had choked up every last morsel of anger, he turned to me and said six words that would change my life.

"You can't be this angry forever."

I sobbed. Again. He was right. Whereas my life had spun out of control with the loss of our precious baby girl, I realized that today I had a choice -- a real CHOICE -- that was completely within my control. I could determine my daughter's legacy, and anger and bitterness didn't have to be a part of it. I had no idea how, but at this pivotal moment, sitting in my minivan, I knew some GOOD would come from my heartache.

Fast-forward a few years, and I learned that I was not alone in my quest. Janet, Tiffan, Kerry, Jan and I went from complete strangers to soul mates in a matter of moments. They, too, had lost daughters. Their losses, however, seemed far more devastating. Whereas Emma had died due to congenital defects that left her body incompatible with life, these women had lost perfectly healthy babies. But for a knot in an umbilical cord or a cord wrapped tightly around her neck, their little girls would be alive and healthy. Instead they were born lifeless, stillborn. 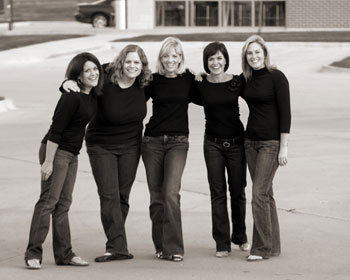 We bonded over coffee at local coffee shops. Our collective tears somehow seemed to blend in amongst the assortment of conversations going on over a cup of Joe. We laughed, too. More, in fact, than one might expect. It was our girls' way of reminding us to smile, we would say. It felt good to laugh between the tears.

Janet was a member of the Iowa House of Representatives at the time we first met. She brought with her a wealth of connections and a passion for advocacy. Under Janet's leadership we pondered the "whys" of stillbirth and began to seek answers to the word no one seemed to be talking about: Prevention.

We soon learned the startling statistics: 1 in 160 babies in the United States is stillborn, yet the collective message from our doctors had been that stillbirth "rarely" happens. We weren't content to accept those numbers and soon found ourselves digging deeper into the research. What we found was that there wasn't much research at all, especially in the United States. It seemed as though the medical community had come to accept our own doctors' message: stillbirth happens, and there isn't anything that can be done. We had buried our daughters, and we weren't content to accept this answer. 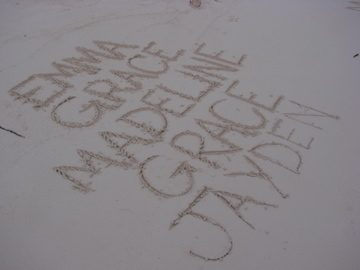 In 2007, we learned about a new research study done in Norway. Researchers had educated expecting mothers and their providers on tracking fetal movement. The results were startling. This simple, non-invasive practice had reduced their stillbirth rate by one-third! We knew we couldn't wait. Our coffee shop talk quickly turned to replicating those same results in our home state of Iowa... and the Count the Kicks campaign was born.

Today, through our nonprofit, Healthy Birth Day, we are teaching expecting parents to track their baby's movements through Count the Kicks. We are working hard to dispel the myth that babies move less at the end of pregnancy (as many of us were told) and, instead, empowering moms to alert their healthcare providers when they notice a change in their babies' normal movement pattern.

Since we began our campaign in Iowa in 2009, the state's stillbirth rate is down by 26 percent. While we cannot directly attribute that decrease to the Count the Kicks campaign, in the absence of any other stillbirth prevention campaign in the state it is hard to not make a connection.

The movement has spread beyond Iowa's borders. Seven women, each of whom experienced a stillbirth or had a baby saved by Count the Kicks, now serve as Count the Kicks Ambassadors in their home states of Arizona, Florida, Kansas, Kentucky, New York, Ohio, and Tennessee with more Ambassadors slated to join us next year. With the May 2014 launch of our free Count the Kicks app, expecting parents can Count the Kicks right from their smartphones or tablets. The app charts their daily kick counting sessions, allowing them to learn their baby's movement patterns and alert their providers to any changes.

While we know that not every stillbirth can be prevented, many can, and the results speak for themselves, as Sarah told us after her son, Ryan was born. 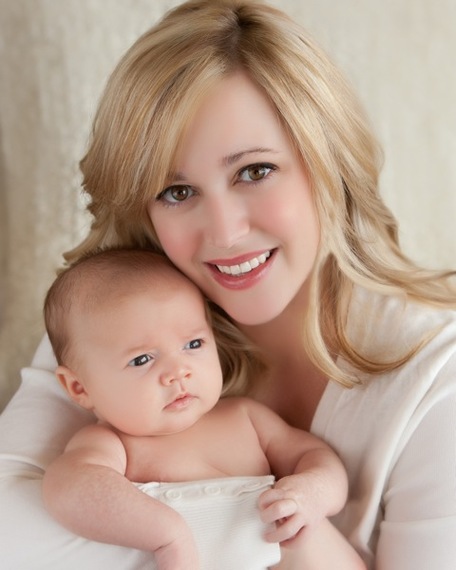 "This was my third pregnancy and the only new information I received from my doctor was your brochure. I read the brochure's testimonial to my husband and he decided to enter a daily reminder on my phone to Count the Kicks. At 37 weeks, I started to notice a VERY slight reduction in movements. From everything I remembered reading, I thought that was normal as he was running out of room to move, but I called my doctor just to be sure. "

Tests showed that Ryan needed to be delivered.

"Ryan was born healthy that afternoon, despite a true knot in his umbilical cord. Because of your brochure, we took the time to get to know our unborn baby and his kicks. It TRULY saved our Ryan's life."


Sarah shared a photo with us that her provider took of the true knot in Ryan's cord.

Two of the founding moms of Healthy Birth Day lost babies to the very same complication several years before.

Sarah's story is just one of many sent to us by mothers and fathers across the country. The stories come in so often, in fact, that we struggle to keep up. It's a good problem to have. The GOOD. These babies are, in fact, the good that I knew I must find 13 years earlier when I sat sobbing in my minivan, overcome with anger. More often than not, when the tears start to flow these days I am staring into the eyes of a "Baby Save" baby via a photo sent to us by a grateful mom. They think they should be the ones doing the thanking. Little do they know that we are the ones thanking THEM. With every story that comes across our computer screen we are reminded that our little girls have a legacy. And thanks to those Count the Kicks success stories, the wisdom of my husband, and the strength, perseverance and friendship of four amazing moms, I have found that there is, indeed, LIFE after loss. And it's good.

Learn more about our movement by clicking here.

Kate Safris is a busy mom to four children. She mothers Luke (15), Ali (12) and Will (8) in the more typical fashion -- serving as chauffer, confidant, cheerleader and coach. She is a mom to her angel, Emma, through her work with Healthy Birth Day and the Count the Kicks Campaign. Kate lives in Johnston, Iowa with her children, husband Steve, three cats and two dogs. Kate is a part-time cheerleading coach and teacher a full-time wife and mother, and a recovering perfectionist. She can be reached at safris.kate@healthybirthday.org.

Count the Kicks is funded entirely by donations. You can help us spread our life-saving message by donating to our cause or starting a fundraiser of your own.

More:
stillbirthBabiesstillbornParentsmiscarriage
Newsletter Sign Up
Raise the kind of person you'd like to know
Subscribe to our parenting newsletter.
Successfully Subscribed!
Realness delivered to your inbox