On a Sunday evening in central Tunis -- the streets nearly empty, the medina closed -- hundreds of boys and girls pack themselves into a large warehouse on a deserted side street, barely two blocks from Habib Bourguiba, to watch and cheer as young men twist, contort, flip, and hurl their sinewy bodies across an open stage. There is excitement in the eyes of the spectators as they drink in the freedom and excitement of the evening. Away from the prying eyes of parents and relatives, the obligations of school and work, the liberation that accompanies youth grows into a fervent pitch as they cheer and applauded.

Break-dancing has become a powerful presence across the capitals of North Africa; a Red Bull sponsored tournament in the heart of Algiers attracted youths from across the country. Tonight, this underground event goes, but the crowd barely thins; finally, early in the morning, friends depart to catch the minibus home. Another evening for youths in Tunis, life after the Arab Spring.

"Are you afraid here?" I ask a friend as we walk through the winding cobblestone streets of La Marsa, a neighborhood where fragrant hibiscus envelopes the snow white and sky blue bungalows perched precariously atop a mountain. We come to a cliff; the Mediterranean stretches out, in the shape of a bowl, wrapped like a crescent moon by the cities that surround Tunis. 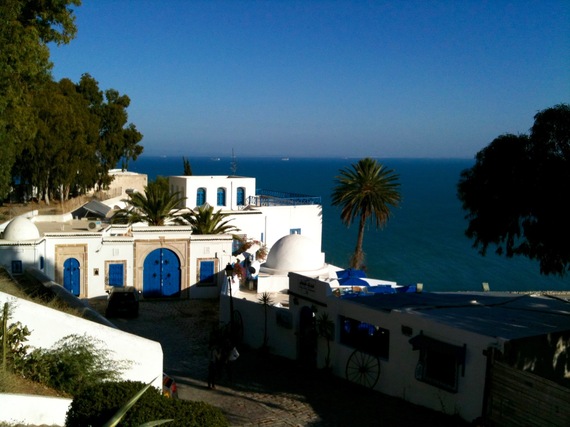 "No," he replies, "You would not disrespect someone in public unless you had caused them or their family a great offense. We are not protected here under the law, but we have some freedom."

A movement for acceptance and legal protection of homosexuality emerged among after the revolution. Same-sex relationships have long been tolerated, though not openly. Walking the streets of Tunis and La Marsa with half a dozen other gay boys, I never encountered more than a rare catcall or heckle. There were some looks of suspicion mixed with curiosity, but never hostility. My friends never appeared afraid, and told me they were rarely bothered on the street. They kept to themselves and had friends all across the city.

Once free from the confines of home, and safely ensconced with like-mind peers at college, their personal lives enjoyed a sort of privacy they had never experienced before; at the same time, they were fully aware that people were watching and judging. Simply buying beer at the store was cause for caution, they might see a friends' parents, or a professor, or someone who could create problems, but they could still buy the beer.

An hour and a half south of Tunis is Hammamet, a laid-back beach town where affluent Tunisians have weekend condos, along with wealthy Algerians. Ice cream and pizza shops abound, the streets filled with life. Well until sunset the beaches are full of families, women wrapped in draping folds of fabric, wading out into the water as their half naked children frolic and splash. The water is warm and the sea a sparkling clear blue. Behind the small medina, abutting the modern section of town, is a large cemetery where a promenade runs along the water. Here young couples quietly walk hand-in-hand. 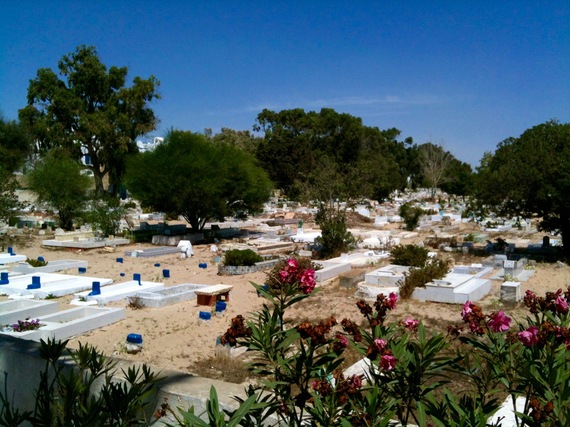 I find a place away from the families, behind an empty apartment building, where half a dozen palm reed umbrellas are clustered together; a lone shirtless fisherman trolls his line by hand nearby. I lay out a large white and green cotton scarf I purchased earlier in the day. Though it is late afternoon, the sun is still high overhead and the sand is warm. A pair of voices break the silence and I turn to see two young men sauntering down the steps behind me. One is tall and thin, the other short and stocky, both wear cargo shorts, t-shirts, and flip-flops. They smile and walk directly towards me. The tall one is handsome and reminds me of my boyfriend.

For the next two days the duo come in and out of focus. Though we never make plans to meet anywhere at a particular time, Hammamet is so small I frequently run into them on the street. They seem to be wanderers with no agenda, simply friends who want nothing but to talk. I could never ascertain their true lives, or with whom they lived. The short one calls himself a hustler and wants to move to Europe, marry a beautiful girl, and have children; the tall one wants to learn English and, well, he smiles and looks into my eyes.

I invite them to my apartment to spend the night. I have an inclination that they are destitute. They claim to be staying in a hostel further out of town and that their wallets were stolen in the night. I wonder if they have been pursuing me for two days in the hopes that I would give them something. For that I cannot blame them. They are young men trying to survive. The short one sleeps on the sofa in the living room; the tall one, fully dressed, lies in bed with his arms wrapped around me. Their friendship, as I find it, is beautiful and real.

Later, further south in Sousse, the scene is different, the town strange outside the medina. Half a dozen resort hotels, built around the boom times of the 1970s, all lay empty and abandoned along the bustling waterfront where rent boys are plentiful and aggressive. The buildings are eerie, movie-sets from some low-budget horror flick. 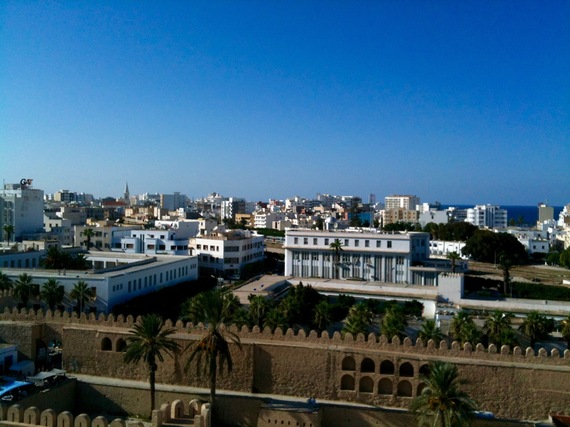 "What about them?" asks a friend, my first successful Grindr interaction in Tunisia. "They are just empty old buildings. No one wants them. They used to be for the Arabs, Libyans, but now only the Europeans visit and they want new. Come, I will show you."

We take a taxi about 10 minutes north to what he says is the only gay club in Sousse. After driving through a loosely attended security checkpoint, we pass a sprawling Movenpick, popular with Germans, followed in quick succession by ten other gleaming new resorts, nearly all foreign owned and occupied.

Hotels pandering to Arab tourists all went bust, replaced by those catering to Europeans who come here to be in private exclusion, away from the city centre and the locals, safely ensconced in their hotels with private beach access. It was in one such resort that a lone gunman, a break-dancing star and student from nearby Kairouan, murdered 39 tourists in the summer of 2015.

We pull up to a darkened three-story building with an unkempt front garden and a muscular bouncer stationed outside. As we near, disco lights and music filter out into the night. The superficiality of the club allows a certain openness that these men could never enjoy on the street, the only other public realm of social interaction. It speaks to the openness of Tunisia that there exists a gay club, yet it is tucked inside a bourgeois enclave of exclusion. Does the club exist because it is being tolerated, as authorities turn a blind eye to the proclivities of the foreign-currency bearing tourists, or does it truly mark a shift in the thinking of Tunisian society as a new generation of citizens demand greater political and social rights?

Ambivalence pervades this post-revolutionary society. Success has been achieved to some degree, but people fret about money, lack of jobs, and the inability to start a life for oneself without influence. There remains a hesitant pessimism that things could possibly improve, but they haven't done so to the degree that they should. The youth though are not waiting, and look towards the day when they can be free from the conservative traditions that they believe continue to hold them back. Equality and acceptance might be a long way in coming, but it has already started, and is coursing its way through a generation that has found itself on the precipice of history.