Elton John, Greg Louganis, Kelly Osbourne and Bill Clinton were just a few of the bold-faced names to touch down this past weekend in Vienna for the 2013 Life Ball, Europe's largest charity event.

The Life Ball, which benefits AIDS research and brings awareness to the disease, is one of the year's most high-profile events with celebrities flying from all over the world to attend. Reflecting the "Arabian Nights" theme of this year's event, TV legend Barbara Eden dressed in her full "I Dream of Jeannie" costume from the classic television series. It was also a night of high-profile performances by Adam Lambert and a fashion show hosted by Fergie, who is pregnant with her first child.

While the Life Ball is considered one of Europe's classier affairs, the night was not without a fair share of drama. Former "Drag Race" winner Sharon Needles was apparently banned from the ball after making a Hitler joke, and there were also reports of her rowdy behavior on the flight over to Vienna.

Check out some of the highlights of the evening in the photo slideshow below. For more information on Life Ball, you can visit the official site here. 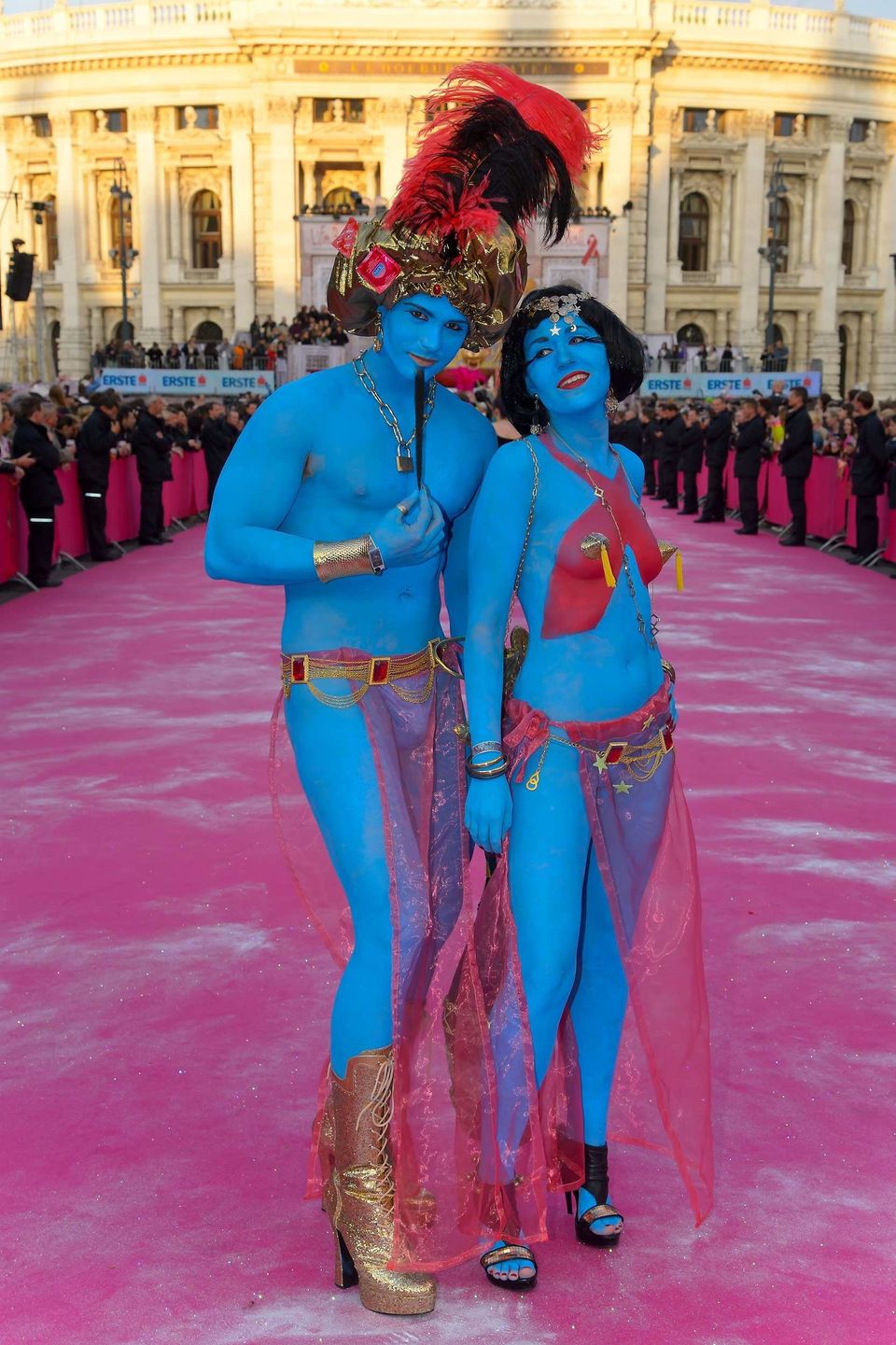