Life Cycle is a series of posts addressing the impacts of everyday things. 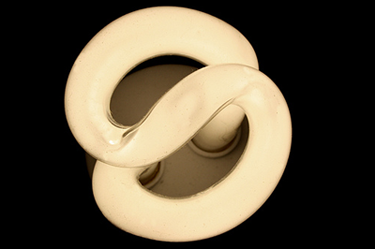 If you ask Simran about compact florescent light bulbs, she may crack one open and cut you. Not really, that would scatter mercury, but she is loca for the light bulbs.

People give you this whole rap about how easy saving the planet is. Change a light bulb and save the world. Yes and no. How about we consider it a start rather than an end destination?

Lighting accounts for about 20% of our electric bill. Traditional bulbs burn heat rather than light, so are extremely inefficient. Compact florescent light bulbs (CFLs) are 80% more efficient and can last up to 10 times longer than a traditional bulb. Last December, Congress voted to phase out the inefficient incandescent. By 2012, the 100-watt bulb will be history.

In the interim, environmentally-minded folks of all ilks are heralding the bulb. The virtual Stop Global Warming march reminds us swapping out three incandescent bulbs for CFLs will save us 300 lbs. of carbon dioxide and $60 a year. The Coalition On the Environment and Jewish Life suggests installing CFLs for Hanukkah as a way to redefine "energy-stretching light" and reflect environmental stewardship. Students in Pennsylvania sell light bulbs instead of candy to raise money for their schools. (Simran prefers candy.)

If you haven't changed your bulbs, get with the program. The light is a lot prettier than what you remember from your high school cafeteria.

Everybody's doing it. But not everyone understands why.

The biggest source of greenhouse gas emissions in the country is power plants, and about half of our electricity comes from coal - a dirty, abundant, relatively cheap fuel source. Coal fueled our industrial revolution and helped the United States accrue her wealth. (And now Western nations have the audacity to ask developing nations to curtail their coal usage, just as they're accruing their wealth - necessary, but riddled with imperialistic undertones.) No wonder no one wants to take authentic action until 2050.

Let's put climate change aside for a moment, because Simran and Sarah actually live in a red state where not everyone's convinced that the globe is getting hotter. Global warming or none, changing your bulbs still makes common sense. Not only because they are cheaper in the long run, but because coal-fired plants are the leading cause of smog, acid rain and mercury contamination. According to the Union of Concerned Scientists, in one year an average coal-plant generates:
* 170 pounds of mercury, where just 1/70th of a teaspoon deposited on a 25-acre lake can make the fish unsafe to eat.
* 225 pounds of arsenic, which will cause cancer in one out of 100 people who drink water containing 50 parts per billion.

Although there's mercury in CFLs, we generate more of the stuff when we use inefficient incandescents. This is why small changes like weather stripping your house, turning down the thermostat and improving insulation make a difference. Even cleaning out your lint tray will reap financial and energy savings.

We don't want coal plants in Western Kansas or anywhere else (nor does our Governor or our Health and Environment Secretary). Yet, despite what we know about the environmental and public health dangers of coal, as of July 1, 17 more coal plants were being built and another 66 were actively pursuing permits. Wyoming and West Virginia produce the most coal, but don't think you're off the hook of if you live elsewhere. Pollution migrates, and climate change has no boundaries.

So change your bulbs. Dispose of them properly when you're done (Home Depot and Ikea will take them back). Remember that small is beautiful and the little things count. Feel empowered with the knowledge that, if each American household swapped out one 60-watt bulb, the energy saved would be the equivalent of powering all the homes in Delaware and Rhode Island. In terms of the greenhouse gases not emitted as a result of using CFLs, changing that one bulb is equivalent to taking 1.3 million cars off the road.

But don't stop there. Our lights are only as good as our energy. Lobby for renewable energy. Pay a little more for green power, if your utility offers it. Elect officials who actually represent your best interests - and hold them accountable once they're in office. Help them see the light.

This post was written by Simran Sethi and Sarah Smarsh. Thanks to the University of Kansas School of Journalism, Lacey Johnston for research assistance and thegarnetgirl for the image. Excerpts of this series can be found on Green Options.