The 66-year-old British woman saw a tip on Facebook that claimed to be an effortless way to make the perfect grilled cheese.

It advised to stop using the trusted method of cooking the cheese-topped bread under a grill, and instead to roll the toaster sideways and slot it in.

Dale thought it would save her time when she tried the trick last Wednesday -- but her toaster suddenly burst into flames.

As smoke filled the kitchen in her home in Sale, Greater Manchester, the entertainment promoter quickly threw the appliance out the window. Dale snapped an image and uploaded it to Facebook.

"I thought it might be a faster way of making cheese on toast," she told the Manchester Evening News. "Luckily I live in a house and have a garden, but if it was anyone living in a flat or somebody who was less agile who couldn't get out as quick, they were real flames, it could be dangerous."

It's not clear what exactly caused the appliance to explode, but local fire crews later issued an official warning. "Trying to make cheese and toast in a toaster is an extremely bad idea and can cause a devastating fire in the kitchen," a Greater Manchester Fire Service spokesman said.

Other aspiring cooks have suffered similar problems when they tried out the hack:

Tried that "life hack" where you turn a toaster on its side and make cheese on toast. Nearly burned down kitchen. #downwithlifehacks

British celebrity chef Jamie Oliver offers a safer life hack in his Guardian column, published in January, which comes with the disclaimer, "We strongly don’t recommend turning your toaster on its side to make cheese on toast or anything else, as it is a fire hazard." 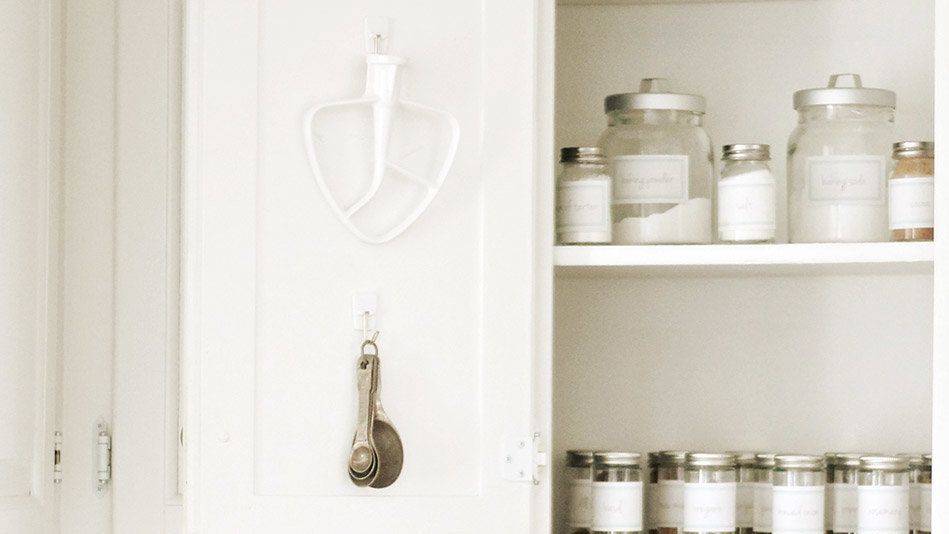 1 / 7
Give Every Cabinet Door A Dual Purpose
Stick a few adhesive hooks to the inside of each one to hang measuring cups, oven mitts or stand-mixer attachments, <a href="http://julieblanner.com/making-small-kitchen/" target="_blank">like Coordinately Yours blogger Julie Blanner did</a>. You could also add a few adhesive plastic folders—the same kind you'd find at an office-supply store—<a href="http://www.oprah.com/own-show/The-No-1-Reason-You-DONT-Need-A-Junk-Drawer_1" target="_blank">to hold Tupperware lids</a>, or attach a file organizer to keep cutting boards upright and orderly.
Julie Blanner