I am currently in Nahualá in the western highlands of Mayan Guatemala filming a documentary on the region, Unrecorded Spirits: Life in Mayan Guatemala. As I am still here working, I write to continue conveying the experience of life here. While walking down the street the other day a young man sitting on the side of the street started speaking to me in a slurred English. His words went beyond the common one-dimensional 'good morning' and carried together into sentences. Combined with his Dairy Campaign 'Got Milk' t-shirt, my attention fell into his engagement.

Hearing a higher level of English here is noteworthy, as its fluency in Nahualá is rare, with Spanish itself is not fully spoken, K'iché remains the lingua franca -- contrary to the earlier colonial enforcement. I am a marker for the world where English comes from: American or western, which television and mass media have made familiar and enticing. The latter is particularly strong in the face of serious and dire economic need -- the people here have little means and in recent decades see the USA as a destination of hope. This notion has been warranted and partly validated. As such people take it upon themselves to talk to me, and I the same.

Fifty years ago Nahualá was minimal, strewn with some adobe (mud brick) houses along paths with people tending to a land, which was open and unhindered. In the time since, a fledgling urban center has developed, replete with a main road bisecting the town as its main artery and all the growth of structures that accompany such things. Many of the structures have been built using remittances sent by distant migrant sons who ventured there.

The description of the route from Nahualá to the U.S. has not changed over the years I have heard it. Relying solely on the 'coyoté' (facilitator of the illegal migration) it is long, lasting a week or more through Mexico passing various connections, check and payoff points. Dark, travelling secluded overland, provided little information and less interaction. Fearful, venturing into the unknown of foreign lands with the possibility of capture, arrest, and even death. All with no resources or connections, the same reasons that provoke such a risk and venture.

Manuel who speaks to me solely in his limited English is one of the migrant sons that returned. Twenty, he tells me he spent a year in Brooklyn with his brother, who is still there. I gleam that he has been back for a year and was sent back after being caught. He mentions his brother repeatedly, telling of missing him -- near the end of our conversation, it is all that he says to me. He indicates a major journey, leaving the poverty of Nahualá, tricking the behemoth of the U.S., for the victory of realizing his dream of seeing his brother and this promised land, only to lose it all and end back where he began.

Our conversation ends as abruptly as it began. Manuel is inebriated and does not seem in a good ways, with blood dripping down his arms and only repeating and trailing off. He is forlorn, ruminative, and drunk. A young man who wanted a better life with his brother, he took great pains and risk to make it and then not long after lost. Unfortunately on this morning he is not the only one drunk on the streets, nor is he the only Nahualense to venture on the path beyond and back. The major issues of migration and alcohol abuse overlap, connected through economic desperation. Migrants that leave for a better life leave families they may never see again, or may return to after a decade's absence with wealth that dwarfs that of everyone around them. Alcohol is visibly consumed to extremes -- the reasons for this may be numerous; undoubtedly there is pain that some are drinking away. These are men that at one point had a hope for better life, willing to work and go far for it. But this well was poised to begin with and as it runs dry, these men have less to be drawn to and these problems will only continue.

PHOTO GALLERY
Life in Mayan Guatemala after the End of the World: Return from the Promised Land

Watch a preview of Unrecorded Spirits: Life in the Mayan Guatemala:

To learn more about the film, visit indiegogo.com/unrecordedspirits. 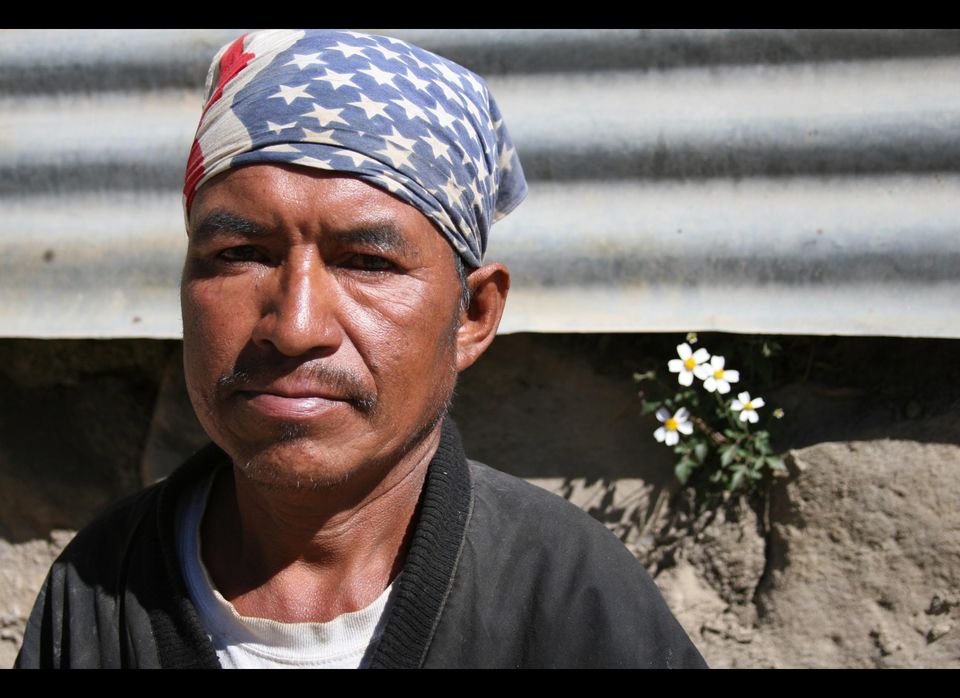