George Christie was a Hell's Angel for forty years. He was president of the high-profile Ventura chapter of the club and biker legend holds that Songs of Anarchy is modeled after his own story and struggles with the club. For a long time he acted as Sonny Barger's right-hand man, a public face for the club that hung out with the Grateful Dead and other celebrities, even carrying the torch at the 1984 Olympics. After years of dealing with MC politics he decided to retire from the club, but the Hells Angels blackballed him. Now he has a book out telling his tale- Exile on Front Street: My lIfe as a Hells Angel and Beyond. I talked to Christie about the vicious Hells Angels/Mongol war, what it means to be an outlaw and how life in the Hells Angels changed. 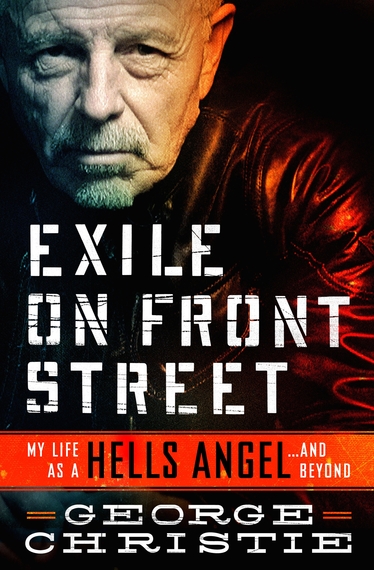 There's been a lot of media sensation over the years on the Mongol/Hell's Angel conflict. Can you give us an insider's perspective?
I think I became a lot more level-headed as the war unfolded. We were in the middle of an urban war in downtown southern California towns. We had Mongols get machine guns off their bikes. We had an explosion in a downtown LA in a bike shop that killed two people. I soon became the president of the charter in Los Angeles and tried to lead everybody out of that war. The whole thing started at the Great Western Expo. We went to the Great Expo one night and there was a member there whose wife had run off with a Mongol and that's what really kicked off the whole thing.

We got into a brawl with them. It was like nine of us and anywhere from 40 to 80 Mongols there. We fought it out on the floor of the Great Western and the Mongols fought us and I think they saw us as being a little bit vulnerable. Up to that point we hadn't been challenged in California by anybody - we're like the heavyweight champions of the world. Within three or four hours after the fight, we had a sit down with them. We resolved everything and then several weeks later, probably not even a month, the Mongols called up and they said, hey, you know what we decided to go to a California rocker and the leader at that time said that's not going to work out, but he was a bad negotiator and ultimately he wound up getting killed a few months after that. Somebody shot him in the head.

The Mongols were an unknown club. I wanted to make peace with them, because I said, look, every time we engage these guys people watch them and observe them. And I go, why don't we just make friends with them, let them wear the California rocker and let them drift off into obscurity and people just didn't want to accept that. Today the Mongols are one of the premier outlaw bike clubs in the world and I think the Hell's Angels helped them get there. I think we played the whole thing wrong. As soon as they retaliated and killed one of our guys in a bar I could see their whole posture was changing. 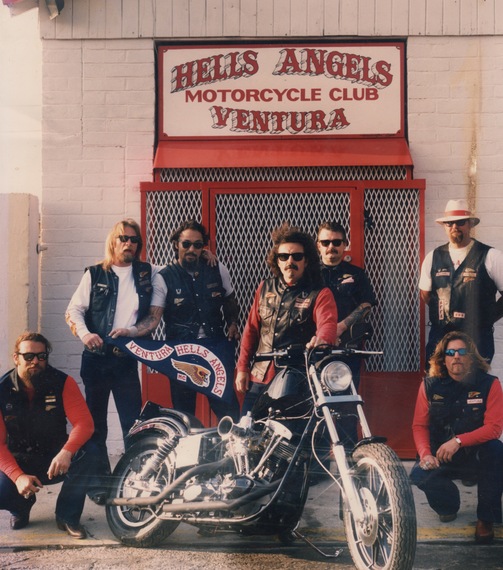 I've always said that the difference between and outlaw and a criminal is that an outlaw breaks a law that he thinks is wrong and a criminal is just out committing crimes for money. Break down your theory on this.
I think a criminal wakes up in the morning and tries to figure out how he's going to work his trade that day [be it] robbing, breaking and entering, things of that nature. I always saw myself as an outlaw, not a criminal. There were things that the government imposed on society at large and I didn't agree with it. By society's norms it was against the law. I went by a moral standard, not a legal standard. If I did something and I felt it was morally correct I had no problem doing it. If I felt it was immoral to my standards then I stayed away from it.

But I think it has to do with a position of morality and if you think something is moral or immoral. Sticking a gun to someone's face and taking what they've worked for, that's an immoral act. Jesse James was an outlaw, but I thought there were extenuating circumstances what drove him to that situation. Albert Einstein was also an outlaw. I mean he came up with theories and people ridiculed him. They thought he was crazy. There's all kinds of outlaws out there. It just depends what your perception is.

How did life in the Hell's Angels change and what made you decide to leave?
Back in the old days being a Hell's Angel and being a leader in the Hell's Angels was very intoxicating. It's a lot of power, a lot of ego involved and we got to a point where we had to be very cautious of who we let in, because the Hell's Angel patch, especially in the underworld, it became like a carte blanche for people. As our reputation grew and we went from state to state and then country to country it became a worldwide organization that wielded a lot of power, you know, rolling into a bar, rolling down the highway, wherever we went. We created a lot of interest and our presence was known.

When you're riding across country with 25 guys and you ride into Utah and you're on Highway 70, you're leaving Utah going into Colorado and they've got a roadblock set up, because they want to explain what they expect and don't expect from you that's a big impact. Imagine going on vacation with your family and there's a road block set up to welcome you into the state and to tell you what they expect and don't expect. This is because they have a preconceived notion of what you're all about and what you're capable of, whether it's real or its legend it doesn't matter because that's what they believe and that's their reality. It's a very powerful image. It's a very powerful feeling. You have to learn how to balance the two if you want to stay successful year after year and if you want to stay on the street year after year.