It's both astounding and embarrassing as an American to observe the grossly uninformed hysteria in this country over the transfer to highly controlled hospital isolation units in New York and Atlanta of two Americans with Ebola, while entire nations in West Africa are seemingly falling apart. Would that the same people who are terrified of the nonexistent threat Ebola poses to this country were as worried about the epidemic of type 2 diabetes, obesity, and the diseases of aging that threaten to overwhelm our health care system and economy,

Meanwhile, in the war- and poverty-ravaged nations of West Africa, Ebola is burning down the already skeletal health care infrastructures, and governments while the developed world fiddles in response. To get a sense of how bad the situation is, read this latest letter from Liberian Michael Weah, about whom I wrote last week: 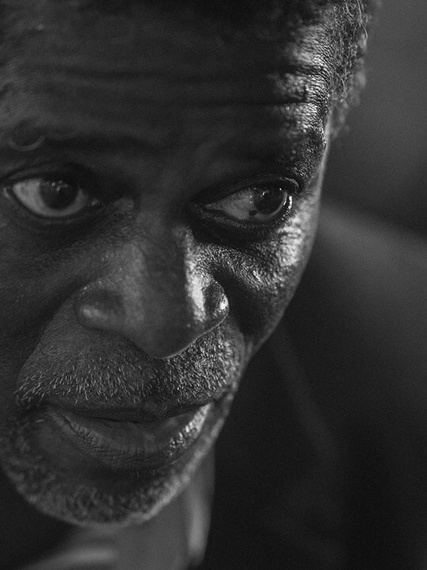 Today is a sunny Sunday in Monrovia. About five major hospitals are closed and are gradually planning to reopen. Catholic hospital, one of the largest, was massively hit by the Ebola virus. A number of her staff including doctors were affected. The hospital chief administrator was the first to die. It is closed but there are still Ebola patients(nurses) on the wards and bodies in the morgue. The "rapid response unit" has been unable to transfer the patients because of lack of space at the only two over crowded official isolated centers in the whole country. Also, they claimed that they don't have the vehicle to pick up the bodies from the morgue.

Many communities are experiencing this problem. There was rioting on Saturday in one of the nearby communities because the Ebola bodies had not been picked up for days. The police was called in. Law and order is becoming a challenged even though a State of Emergency has been declared in Liberia. Travel around the country has been drastically restricted and the army and police are out to enforce. We live in a part of Monrovia called Old Road, just about a 7-10 minute walk from the Catholic Hospital. There is a big open air market here on the Old Road where we do our shopping for local food stuff. Because of lack of food and other needed items, an Ebola patient may decide to leave the hospital and come to the market to purchase something. Then All hell would break up in this area.

Today being Sunday, my wife Yvonne went to church. She took along a stack of buckets with faucets to be used for the washing of hands. The funding to purchase the buckets was provided by members of her church who are now living in Minnesota. Twenty-four buckets were distributed to the economically challenged members of the church and others in that community. WE-CARE (a literacy foundation and Library that Weah founded and runs) provided some flyers on ways to prevent the spread of the Ebola virus.

The Rotary Club of Monrovia (RCM) of which I'm a member, has been engaging the Ministry of Health. To date, we have given them 3000 surgical gloves, 10,000 examination gloves, 100 buckets with faucets , gas slips for the rapid response vehicles (they came back to us that the vehicles need to be repaired after we had given the gas). RCM has contacted businesses for additional local funding and has embarked on a global campaign to raise USD $100,000.00.

But what is immediately needed apart from the medical supplies is organization/coordination and a focused leadership. The nice speeches and pronouncements are being made, but action and delivery are lacking. Organization and coordination on the national, county, district and community levels need to be put in place and the task force headed by the President has to act. It was just announced that the statistics from the Health Ministry on Ebola deaths, affected persons and tracking are not reliable. The numbers could be far higher. The crisis seems to have overwhelmed the Government. They need help.

From our assessment and interaction with the Ministry and the hospitals, the immediate needs are: knapsack sprayers, chemicals, Ebola (contagious disease) protective garments and other emergency essentials which will be used for taking care of the sick, handling the dead and disinfect the infected areas. The Ministry said that there was not even one standard Ebola protective garment at JFK (the John F. Kennedy Memorial Hospital), the largest hospital in Liberia. These things need to come in by air freight immediately from our 'friends' in good times, like SN Brussels, Delta, etc; we can't wait for the millions pledged by WHO (100M) and the World Bank ( 200M) for the affected countries. These pledges may be having an impact on the government/ Health Ministry's will to act and the "wait for aid syndrome" may have clicked in.

People are dying and Ebola is taking on a life of its own in terms of the fear and the impact on the day-to-day lives of all of us. With everything practically lockdown, the livelihood of petty traders and the "daily hustlers" for food is slowly coming to a standstill. Yvonne found this to be very true in the community in which she gave the buckets.

Ask yourself this: If a similar crisis hit a developed nation, say, France, would it be taking this long for the major nations of the world to respond?